Bioshock Infinite: the end of the game [Spoiler] 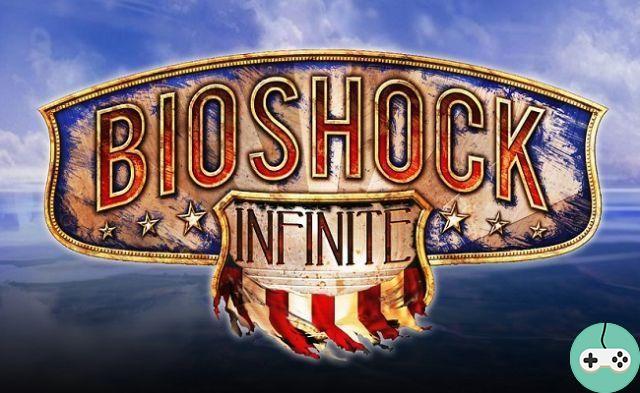 Attention, the article which will follow is a gigantic spoiler for the game Bioshock Infinite. If you have not yet completed the game or are planning to play it someday, I strongly encourage you not to read this article. 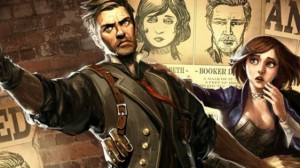 Why debate the end of Bioshock Infinite?

First of all because it is, in my opinion, one of the greatest successes in the entertainment industry of the last ten years. I know, I don't weigh my words but I have rarely felt so many emotions playing a video game. Truth be told, I hadn't enjoyed a game as a whole as much since Fallout 2, and I hadn't felt such pressure of an ending since Usual Suspect.

Then because this game is a real series of amazing sequences and the end practically acts as a "Mindfuck". However, there are many clues that put us on the trail and guide us a little more each time towards the path of truth.

Many sites give the same explanation for the end of Bioshock Infinite, the one everyone thinks of at first glance.

How is the end seen by the majority of people?

Elisabeth is Dewitt's daughter. Dewit becomes Comstock following his redemption after selling his own daughter.

Comstock, now barren, needs offspring to fulfill his prophecy to burn down New York. He will therefore take advantage of the powers of the Lutèce to go back in time to buy his own child when he was still Booker Dewitt.

Years go by and the Lutetias, overcome by remorse, decide to give Dewitt a second chance by offering to pay for his gambling debts if he is going to get a girl back in a mysterious city. Dewitt has lost his memory following the trauma he experienced during the war and forgets that he sold his child.

When he learns that Elisabeth is his daughter and that he has sold his own child, he has only one desire, that of killing Comstock when he is born so that he never has the opportunity to steal Anna. / Elisabeth.

Elisabeth rather offers him to redeem himself a pipe by going to be baptized and by making forget this sin but it is not enough for Dewitt who still wants the death of Comstock. She then takes him to the birth of Comstock, that is to say the moment when Dewitt is baptized to purify himself and kills him so that he never becomes Comstock.

After the credits, Dewitt can be seen happy in his office with Anna (who has all of her fingers). Comstock will never exist, she will never be kidnapped and they will live their lives normally. 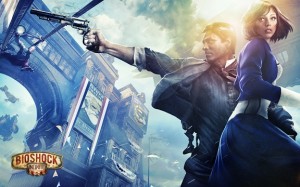 How do you really interpret the end of the game?

Did you think the first version is crooked? Be careful, here we are in a real quarter-length haircut. A capilotracted end.

The most important thing to understand is that there are an infinite number of "parallel" worlds. When we talk about parallel worlds, we are talking about worlds where events have happened differently and where people have made different decisions (if for each choice that a person can make there is an associated parallel universe I let you imagine the possibilities. , see also "String Theory").

Second, the most important figures in history are the Lutetias. Indeed, they are the ones who invented the trips through the different worlds. How? 'Or' What ? We don't know, but it's not important. They helped Comstock steal Anna (Elisabeth) from Booker and they also helped or instigated Booker to come and save Elisabeth.

It all begins after the war in which Booker participated, after this war he becomes alcoholic and depressed because of the remorse he has for all the people he has killed. He is then faced with a choice, and that is this precise moment that determines everything else.

So here we have two distinct parallel worlds, the one where Comstock exists and the one where Booker exists. In the first, Comstock will meet the scientist Lutetia thanks to whom he will found Columbia and in the second Booker will continue his life and have a daughter, Anna. He will then sell it to pay off his gambling debts.

Comstock absolutely wants a child to be able to take up the torch and ensure the sustainability of his project. The problem is that he is sterile and of course it is out of the question for him to adopt the child of another. The Lutetias offer him a solution: to go and see in a parallel world if one of the other "versions" of him has a child.

Once the child found the Lutetias offer Dewitt to buy Anna for him, at the last moment, he changes his mind and while he tries to hold Anna back, she loses her finger when the rift closes. So Comstock has his child, and Booker is stuck in his world, alone, and falls into alcoholism and gambling.


For years Booker is going to be depressed, and he scarifies himself "AD" on his hand (Anna Dewitt), either as a sign of atonement or to remember it. In the other world, Comstock kills everyone who knows about the maneuver (his wife and the Lutetias). 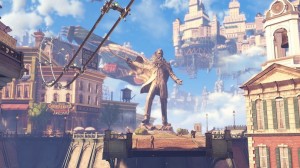 How Comstock killed the Lutetias and how Booker is coming back for her?

And this is where the brilliant idea concerning the Lutetias comes into play: the brother and sister Lutetia are geniuses of physics and have invented a way to travel between worlds, so they can go to parallel worlds but also to the past or the future.

Their first appearance with the flip flop goes in this direction, they relive the same event several times by traveling in time to see if the coin roll can change or not. They are doing their little experiments and there are several passages of this kind in the game like the quotes "the question is not where but when". The coin toss remains the most striking.

So they died in one of the worlds, but given their ability to move from universe to universe, this death has little impact on the story. They can travel freely you never know which "version" of them is helping us.

Booker, who is deeply depressed after the kidnapping of his daughter Anna, plunges into several problems including alcoholism and gambling addiction. He owes a large sum to loan sharks (remember that it was this situation that led him to sell his daughter the first time). The Luteces, touched by this situation and eager to avenge their death in another world, will offer Dewitt a second deal, "bring back the girl and we will write off the debt". They take Booker Dewitt 20 years later to the world where Comstock fled with his daughter. This dimensional passage makes him lose his memory and he makes a new one from old memories (this event often occurs in game and is characterized by a nosebleed).

Booker saves Elisabeth, kills Comstock and destroys the mechanism that restrained Elisabeth's powers. She then regains full possession of her powers and regains the ability to create passages between several worlds. She also has the ability to see multiple realities at the same time.

Elisabeth, how do you manage to be so strong?

There are several explanations for the origin of Elisabeth's powers:

She understands that the only way to prevent Comstock from being born, in any of the possible worlds, is for Booker to die before he can make the choice of redemption. Anna kills Booker using her doubles (some versions all have their fingers). Elisabeth ceases to exist because she will never be taken away.

The little passage that shows Booker after the credits shows us that even if these versions of Booker and Elisabeth have ceased to exist, nothing prevents a multitude of other versions from existing. One can imagine that in one of these Booker did not go to war and therefore has no trauma, must not make a choice etc. 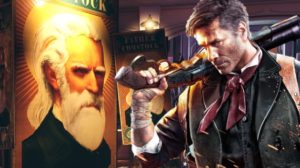 I have intentionally omitted the details regarding the small world changes that Elisabeth causes during the game:

Why is this version more credible than the other?

Comstock is another man unrelated to Dewitt. His "birth" occurs between the war and Anna's birth because Slate tells us that Comstock never knew war. Comstock does not have the mark of the false prophet (the AD scar on the right hand), he never had a child taken away and therefore Anna was born after the choice of redemption.

Here, I hope that this "little article" will have enlightened you on the end of this marvelous game. Like me, do not hesitate to redo the game on easy (I finished it on difficult the first time) the second time to focus on the story and not the fights.

add a comment of Bioshock Infinite: the end of the game [Spoiler]