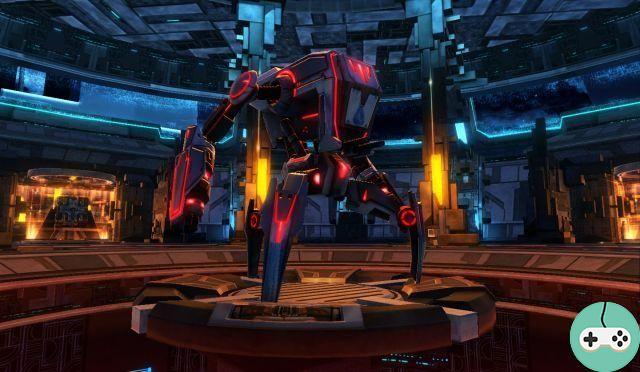 Xenoanalyst 2 is the instantiated word boss of the Relics of the Gree event, inside the Gray Secant itself (it counts as an operation, and has a normal and a hard mode, 8 players and 16 players). With the event rising to level 60, there have been a few small changes. Here is a summary. 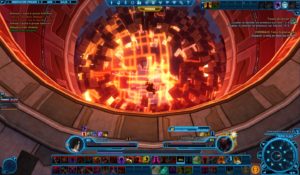 Xenoanalyst 2 has 3 million health points (8 players). From the start of the fight, he has a 10-minute countdown on himself, at the end of which he will become enraged. In addition, he obviously has boss immunity, and cannot be interrupted.

We start the fight by clicking on a flying cyan blue screen where it is written "Registration of participants", then start a fight against a boss type "pole". This is the base phase in which the Xenoanalyst deals damage but can attack freely. During the fight, Xenoanalyst comments on the fight by the types of analyzes he performs, and thus makes it possible to predict the type of phase that we are going to encounter. 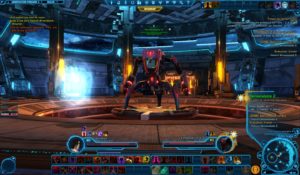 Either in phase alone, or after a species comparison, Xenoanalyst 2 can activate an orange shield that makes him invulnerable. To deactivate it, you have to click on the purple consoles around it (on the pylons). The Xenoanalyst's shield breaks, allowing the fight to resume; but the explosion inflicts in the 10 000 points of life. One way to dodge it is to hide behind the pylons (the wave coming from the boss himself) when the last person activates his console - which therefore, alas, will inevitably take damage.

In addition, console activators will have a discreet debuff that prevents one from being activated again before a fairly short period of time (the interest being only to prevent a single player from activating all the consoles for the same time) . 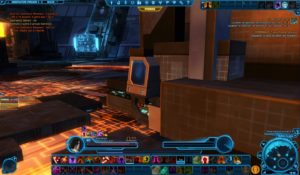 This console turns purple and glows when it needs to be activated.

The Xenoanalyst throws his shield normally, and a blue ray joins him and one of the cores at the edges of the room. The core becomes vulnerable, does no damage, and must be destroyed as quickly as possible (165 health points). During the explosion of the nucleus (which throws the fighters and inflicts around 645 points of damage), the Xenoanalyst loses his shield, and is inactive for a while (he has a red aura and is knocked down). Normally, you should destroy its three cores during the fight. 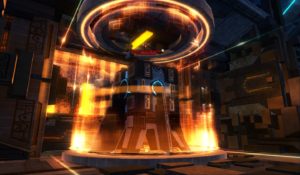 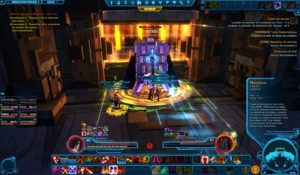 It's not really a phase, it's just that the boss changes his attack, and channels a ray of heat (big red lasers are emitted) that deals a very large amount of damage, killing very quickly. Do not hesitate to change tanks and have some care in reserve to hold on. 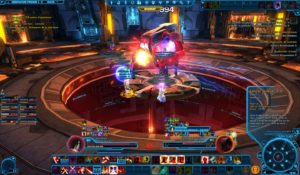 This phase returns in theory three times (interspersed with other passages above). The Xenoanalyst puts on his invulnerability shield for a while, and summons orange holographic creatures.

When the countdown draws to a close, the Xenoanalyst will cycle through a devastating attack, with no cooldown, which usually kills in two hits, and targeting a player randomly. In addition, the channeling time is gradually reduced (3 seconds at the base, minus 0,1 for each shot) to complete the group. Basically, you have to manage to heal the players while dealing the last damage to Xenoanalyst 2 to try to finish him before he kills you. 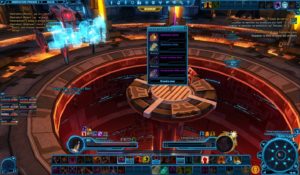 The principles of the phases change little. The countdown is 7 minutes instead of 10, but the heat ray deals even more damage, and poses a cumulative debuff that increases damage received considerably (20% per stack, up to 200% max) .

If you stay at the end, a second Xenoanalyst 2 - hey, why not another number? Number two has just died ... - starts charging a "Happy Analysis" pipe for 600 seconds. Don't worry, you'll be kicked out first.

By the way, Xenoanalyst 2's corpse is salvageable (level 500 salvage), but doesn't yield anything extraordinary - tier 11 salvaged metal, what. 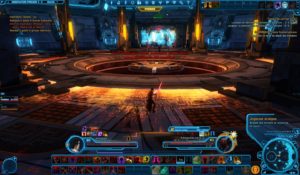 add a comment of SWTOR - Relics of the Gree: Xenoanalyst 2