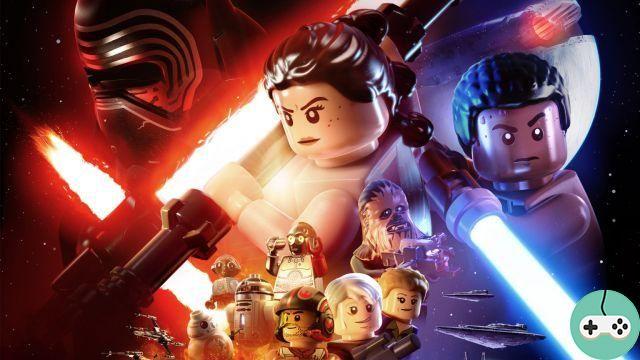 They are now essential in all games, to show off and mark your progress, Achievements / Trophies are also available on LEGO Star Wars: The Force Awakens.

Let's take a quick tour of all these achievements / trophies and the ways to get them, on PC and PS4 / Xbox One.

I'll be back !
Complete LRdlF Chapter 1 - Assault on Jakku.

The look of a man on the run
Complete LRdlF Chapter 5 - Chateau de Maz.

Do not be afraid
Complete LRdlF Chapter 6 - Battle of Takodana.

You won't like it
Complete LRdlF Chapter 7 - The Resistance.

Is there a garbage chute?
Complete LRdlF - Starkiller's Sabotage Chapter 8.

It belongs to me !
Complete LRdlF Chapter 10 - The Apotheosis.

A long time ago....
Complete The Battle of Endor.

I don't care about the forecast
Complete Poe to the Rescue.

Traveled too much. Too much seen.
Complete The Return of Lor San Tekka.

Hi ! Were you looking for me?
Complete Conflicts on Taul.

It's a trap !
Complete Otegan Assault.

Something woke up ...
Complete The Force Awakens.

All. It is all true.
Complete all new STAR WARS adventure levels.

Just a pillager
Collect all the minikits in a level.

I know how to fly everything
Collect all the minikits in the game.

Forget what you have learned
Rebuild a multi-buildable object.

They're shooting at me too!
Complete a blaster fight.

I'm getting good!
Complete a blaster fight without being destroyed.

A figure of the Resistance
Complete all Resistance missions.

Dead, it will be of no use to me.
Complete all Bounty Hunter research.

In less than 12 parsecs
Complete all the races.

The Force is powerful in her.
Complete the game 100%

The Jedi will be reborn
Achieve '' True Jedi '' in all levels.

Too sure of oneself
Defeat 100 TIE Hunters.

I love this Wookie ...
Complete a level in free play mode with Maz Kanata and Chewbacca.

Hey ! It's up to meiiiii!
Play with Unkar Plutt in the Millennium Falcon.

Quick trigger
With Han Solo in a blaster fight, defeat a character who is planning an attack.

Not the droid you're looking for
Use an access panel with the wrong droid.

Family meeting
Play with Kylo Ren and Han Solo in the same group.

Something else ?
As Kylo Ren destroy all terminals in Starkiller's shield room.

Stormtrooper syndrome
Miss your target 10 times in a blaster fight.