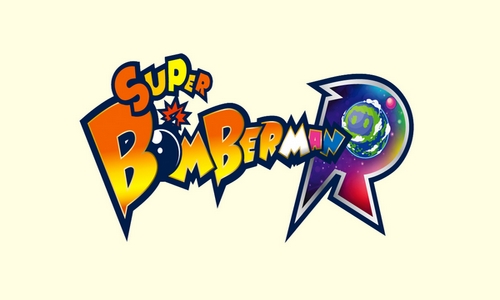 Switch in hand since the day of its release with the awesome Zelda: Breath of the Wild, I managed to leave it for a few hours to test Incredibly Bomberman R. Published by Konami and developed by Konami and HexaDrive, this game makes us (re) discover our favorite bomb planter in a game that gives buttons to all fans of the famous Windows minesweeper! 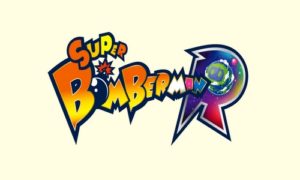 The game offers us a small story mode. Although it does not score, does not break three legs of a duck and it does not shine with its originality, there is a lot of humor and the staging is very "light"! 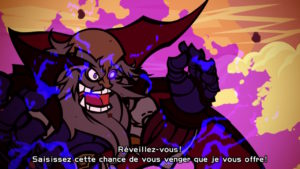 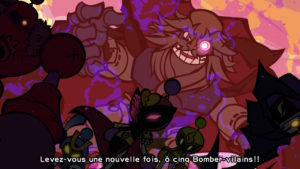 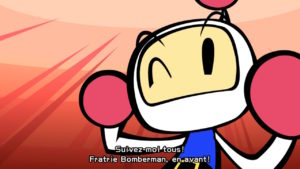 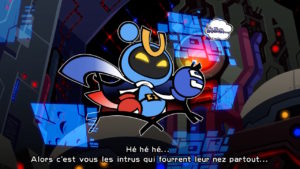 The story mode allows us to discover several worlds, 5 in number, in which we will have to cross 8 levels with a boss at the end. Each of these levels has specific objectives to be solved. Kill all the monsters, step on switches to unlock the exit, etc. The first levels are classic, but very quickly we find ourselves with levels with several floors and spanning several play areas. 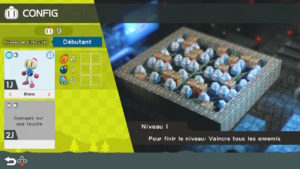 Bomberman's core gameplay doesn't change at all. Move around, plant a bomb and avoid eating one in the face. The little extras such as the kick to send the bomb away or to send it over an obstacle are obviously always in the game. There is therefore nothing very new in this opus concerning the gameplay. If you've played a Bomberman before, you won't be disappointed! 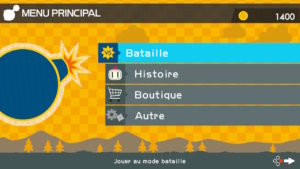 This mode allows you to play Bomberman in a classic way with other players. You can play online. At local on a single console or in local with several consoles, a choice. The game can easily be played as 2 players with just one pair of joy-cones and it is even possible to play up to 8 players on a single console. 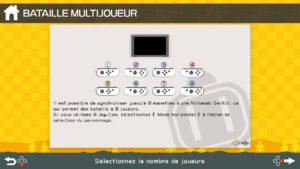 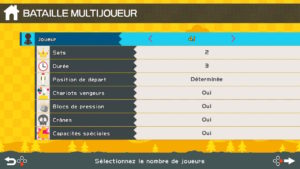 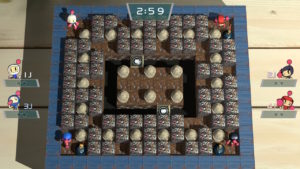 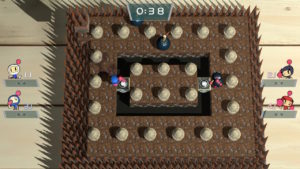 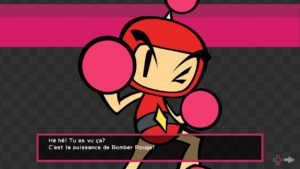 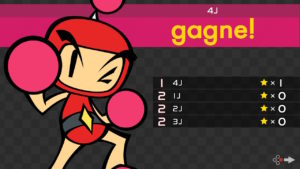 There isn't much more to say than what I've already written in the story section above. It should be noted that the story mode is also playable for two! However, there is one very unpleasant and frustrating little detail (the big black spot of the game in my opinion) present only in the story mode: the camera.

Indeed, here, the game does not offer a "top view" camera, as is usually the case (as well as in the other game modes), but a camera positioned at an angle relative to the plateau. I don't know why there was such a choice, but it makes the story mode game extremely painful because it is very difficult to move around easily. It is also very difficult to assess distances, height effects or even depth in some cases (if the square above us is above or well below. If the wall is 1 or 2 squares of thickness, etc.), and so on. This view can also block movement, we think we are in a good position to place a bomb on a square, but in fact, we are not on it and we end up placing the bomb next to it, at the risk of blocking ourselves. Or, wanting to go behind a set when in fact our character is not advanced enough to be able to shoot, etc. 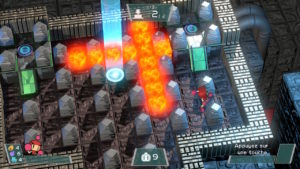 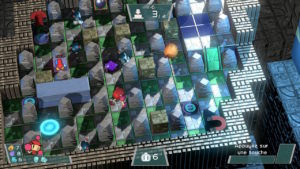 On the first levels, this happens without worry, but as soon as a level becomes more complex in its design, with platforms that can be lowered, etc. it's a real horror to play and you spend more time dying from some error caused by the camera than by the enemies.

Fortunately, in the other game modes, the camera is classic and it's fun to play!

The rest of the game

During your games, you can earn coins. These can be used for two things:

Prices vary from a few hundred pieces to several thousand. In addition, you will have to buy a copy 8 times in order for it to be available for the 8 characters of the game. In other words, you will have to play a lot to unlock everything! 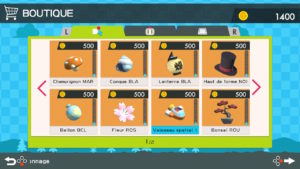 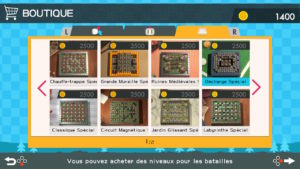 Bomberman R is a great classic, like its predecessors. However, I find its price quite high for what it offers. Also, this very bad idea of ​​having changed the camera for story mode doesn't help matters, making this mode very frustrating to play. We are also entitled to wonder why they decided to change the camera in this mode while it remains classic throughout the rest of the game? A small option to choose between "weird" camera and "classic" camera would have been useful.

The game shows all its strength in multiplayer mode, which gives great games when playing with friends or family (that's what being in a family of gamers, hehe!).

The game is available in physical and dematerialized version for € 49,99

The Legend Of Zelda : Breath Of The Wild – Guide des équipements

The Legend Of Zelda : Breath Of The Wild – Guide des Grandes Fées

Add a comment from Super Bomberman R - When our heart goes boom.