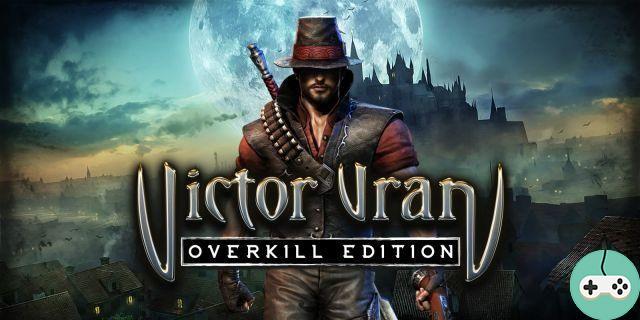 Released 3 years ago, the hack'n'slash from the studio Haemimont Games had convinced fans of the genre thanks to a successful atmosphere and a fairly dynamic gameplay, which left the loot a little aside in favor of the non-stop action. I was one of those convinced, and I was happy enough to be able to dive back into Zaragoza to hunt demons in portable mode. Small overview.

Victor Vran is a demon hunter who has been contacted by the queen of Zaragoza, to knock out demons and understand where they come from. A relatively classic pitch, we will agree. However, our protagonist has a peculiarity: he is inhabited by a demon who does not have the tongue in his pocket and will feed many dialogues during our long excursions, where we will often be alone. 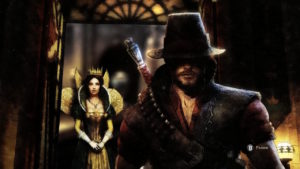 A hero with classic charisma, and who cannot be personalized

You will understand, no customization here, we embody a well-cut character, with a very pretty voice. We will just have the choice of the starting outfit. The game indeed abandons the elements of armor (head, top, bottom, foot ...) to focus on weapons. Few cosmetic variations therefore, except for the different types of weapons with which it can be equipped. From scythe to gun to sword, the game does not cast a wide net but adapts the skills of the character according to the weapon equipped. Note that you can change weapons on the fly by pressing the side slice R. This therefore allows you to have 6 skills related to weapons in your action bar, to which you can add 2 demonic powers that the 'you can use it after filling the override bar, which fills up by killing monsters and completing challenges. 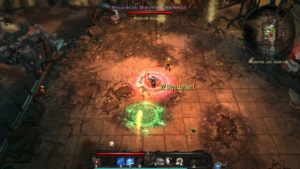 The skills are visible in the action bar at the bottom. Potion on the left, weapon skills in the center and demonic on the right

The game also offers an interesting gameplay subtlety by introducing the jump. It seems silly said like that, but the possibility of jumping is not very common in this kind of game ... especially since the jump can be combined with his skills of weapons to run on the ground. Jumping in the middle of a monster pack and swirling the scythe at ease quickly turns out to be enjoyable as long as you are resistant enough. The game also takes advantage of jumping to reach hidden places in the different levels, which allow you to discover various chests and secrets.

The possibility of dodging is also present via the roll, which is carried out with a simple press on the side key L. And we will need it for the dodge, when we are in a bad position, or when the game starts. freezer ... 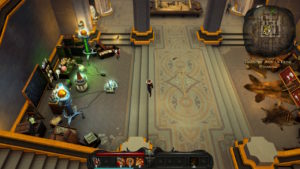 Because yes, technically, the game suffers from its porting to the Switch. In portable mode, we end up with readability concerns depending on the areas and the number of monsters on the screen ... more rarely, slowdowns are felt, especially when moving the camera. These slowdowns will become stronger in dock mode, to the point of becoming annoying in certain fights ... The local cooperation mode is even worse. The game freezes quite often for 1 second and makes the whole thing almost unplayable. Hopefully a patch will come and fix this. A month after the title's release, unfortunately nothing is yet ...

However, despite the technical concerns, we feel that the Bulgarian studio has taken care of its game, this is reflected in the atmosphere of the areas visited. It's not a visual slap, but each area gives off something unique, neat. So yes, it's not often very original, it's often eyeing the side of Van Helsing or Diablo, but it's done properly, and we don't necessarily ask for more. 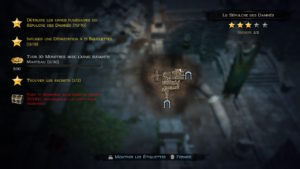 A series of challenges is available in each zone

Special mention to the dubbing, particularly successful, and which contributes enormously to the immersion. The voice of the protagonist (and his demonic double) is superb, and the secondary characters are not left out. Note however that this is an English dub, with texts fully translated for us spanish speakers.

Victor Vran is not very long, although it is in the average hack'n'slash basket. Count ten hours in a straight line to overcome the main adventure in "Normal" mode. You can extend a lot of hours if you get it in your head to overcome all the challenges laid out here and there in each area. I got it into my head to do it at the start of the adventure, but given the complexity of some, I quickly resigned myself! 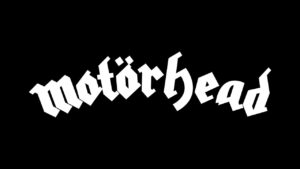 A mode highlighting the group is available!

This "Overkill Edition"also has a mode allowing you to visit a world inspired by the Motörhead group, with the band's music in the background. Rather nice for the fans, and interesting to discover, as long as the slowdowns do not scare you.

In the end, I liked finding Victor Vran, and I liked the mode highlighting Motörhead. The game is still dynamic despite the few years, the atmosphere still hits the mark and the dubbing is still as successful. Too bad this Switch port is marred by these slowdowns and readability concerns ... Prefer the PC, PS4 or Xbox One version.

The Xbox One version will also be offered to Xbox Live Gold owners during the month of October.


Do you want to be up to date and know all the tricks for your video games? In gamesmanagers.com we enjoy playing as much as you do and for that reason we offer you the best tricks, secrets or tips for you to play non-stop. We offer you quality content and always updated to keep you up to date. That's why, in our website, you will find not only videogame guides but also tricks, secrets and thousands of tips so you can play to the limit. Are you ready to get it? Enter now and enjoy your videogame!
SimCity - Future Updates ❯

The Legend Of Zelda : Breath Of The Wild – Guide de la cuisine