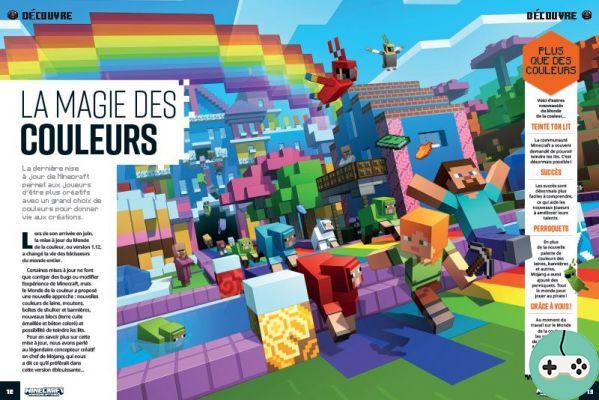 Two months ago I discovered the first issue of the official bimonthly magazine Minecraft. It is therefore time to talk about its new number, available since October 30 at all newsagents for € 5,95. Also presented in a cardboard sleeve, inside are the stickers, a set of cubes and, of course, the magazine. 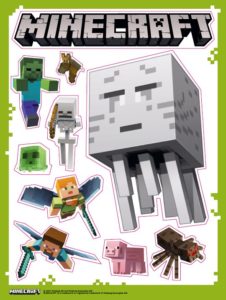 The reading begins with the summary of the announcements made at E3 last May, which gives the impression of re-emerging warmed up news available on the internet for months. It is despite all the opportunity to recall the graphics improvements made to the Xbox One X released this month. Then the subjects follow one another, with the Nether as a common thread. 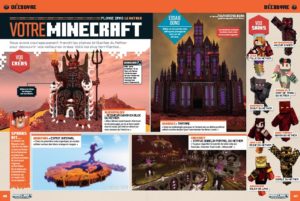 Among the notable articles: 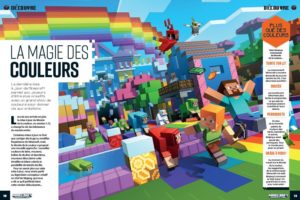 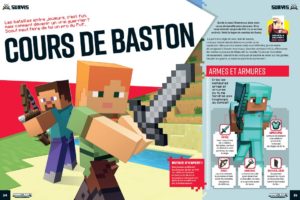 Always very well made, a game is therefore included, printed on cardboard, taking up the concept of Bear's challenges with many more possibilities. Three cubes are to be assembled to create dice which, once thrown, offer crazy challenges!

I leave you, I must build a castle in a drawbridge in the middle of a swamp, eating only fruits and vegetables. 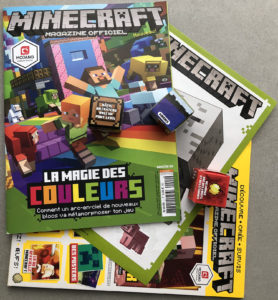 The third issue is in preparation for a release scheduled for January 2018!