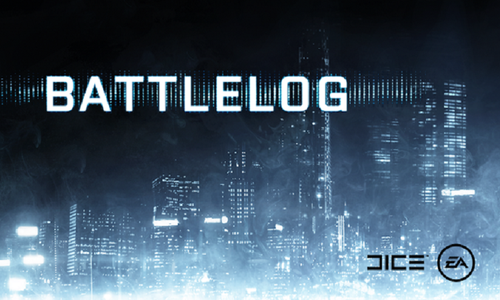 The update of the servers was followed by an update of the Battlelog in the wake which also brings its share of changes. We will remember the addition of the 10 new missions of China Rising and how to acquire the 5 new weapons (they are already unlockable for information):

You will find all the missions in the following gallery (6 bronze missions, 3 silver missions and 1 gold mission). 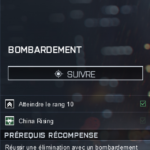 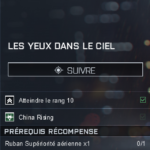 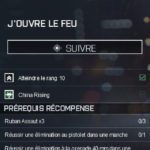 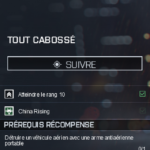 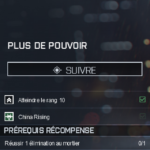 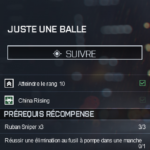 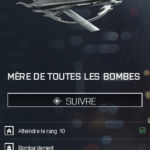 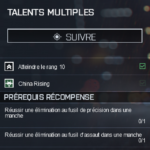 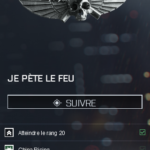 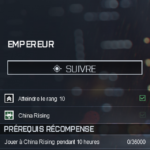 For the server browser, it will now remember your sort preference. As promised, the filters for the "vehicle respawn delay" and the "number of tickets" reappear.

You will find all the changes in the list below

FEATURES & IMPROVEMENTS:
- Added Second Assault content for Xbox One users
- Added China Rising content to Battlelog
- Support for Capture the Flag in Battle Reports
- Round Summary numbers in Battle Reports are now displayed in the tablet app
- You can now report potential cheats from the Battle Reports scoreboard
- Improved error message if trying to access BattleScreen with an incompatible device
- For users with soldiers on multiple platforms, we now auto-select the PC soldier when launching from Origin
- Server Browser list now remembers your sorting preference
- Re-added vehicle respawn rate and team ticket start counter to the Server Browser filter
- Better handling of Tablet Commander join from the Battlelog tablet app, if the server is full
- We now show presence for a Soldier when viewing them in the in-game Battlelog on PC, PS4 and Xbox One
- Various minor improvements to the in-game Battlelog for PC, PS4 and Xbox One

Do you want to be up to date and know all the tricks for your video games? In gamesmanagers.com we enjoy playing as much as you do and for that reason we offer you the best tricks, secrets or tips for you to play non-stop. We offer you quality content and always updated to keep you up to date. That's why, in our website, you will find not only videogame guides but also tricks, secrets and thousands of tips so you can play to the limit. Are you ready to get it? Enter now and enjoy your videogame!
SWTOR – PCM – Guilde Forge ❯