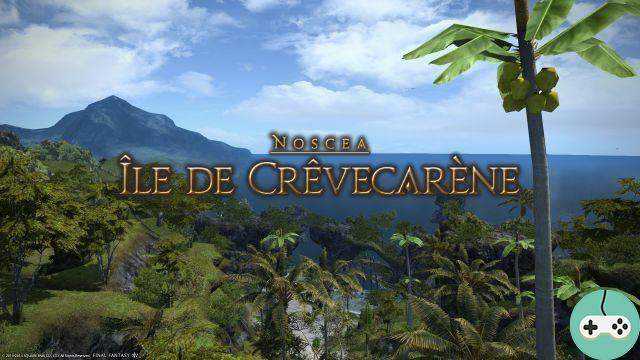 During an expedition, sailors found a stranded vessel: that of Beard-Mist, the legendary pirate king. It is therefore high time to discover this island hidden from all because of its perilous navigation and its thick fog. Can we find the fabulous hidden treasure of'Crêvecarène Island ? 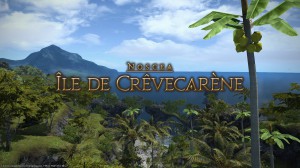 To access this dungeon, you will need to be level 50 and complete the quest The Hidden Treasure of Crêvecarène and have completed the epic quest "The ultimate pass of arms". The minimum ilvl required to enter the'Crèvecarène Island is 70.

From there you will have to fight your way to the first boss that is named Sasquatch. To reach it, it will be necessary to eliminate 5 Sifaka on the road.

A few monsters later, here you are in front of our friend Sasquatch.

Don't worry, he's not as strong as he looks. You will need to place it in the middle of the platform. After a few hits, Little paw sifaka will appear: you will have to kill them quickly. Meanwhile, Sasquatch will debuff the whole group, Tumbling, which will effectively deal 700 damage to everyone every 5 seconds. For this to stop, it will have to be given bananas. Everything is planned: we can click on a wild banana from which will fall bananas that will appease the boss. From time to time he will also make a primate charge on one of the members of the group, it does 1000 points of damage.

Attention: the Little paw sifaka eat bananas if you drop them before they die. 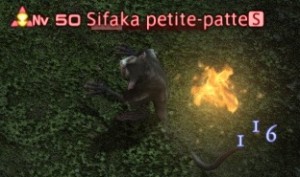 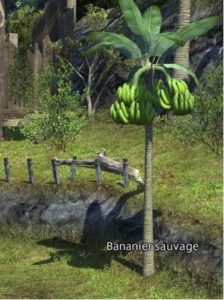 You enter a cave, you must find strange tablets. These can be found in chests that transform like in the Remains of the City of Amdapor. After obtaining the 3 tablets, you will be able to open a door and thus discover your next opponent: Sjoorm 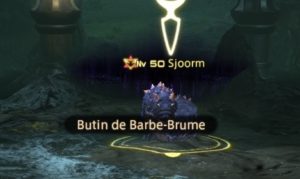 This magnificent worm is going to be a little harder to beat than the previous one. There are several things to know. First, and most obvious, avoid his sputum that it does in an online area. He puts a debuff "Edema"which cannot be removed during the whole fight and causes periodic damage. While the boss will be in the middle, bubbles will appear: for the moment do not go inside, they will be used later. 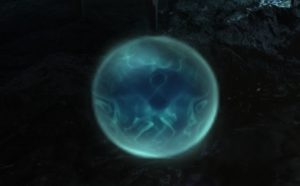 After 20%, Sjoorm will bury itself and cross the platform in the direction of a player. We must deviate from it! 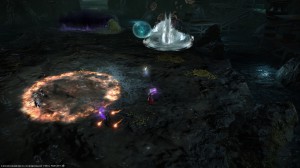 Avoid the bubbles that fall from the sky: they too Edema. On its second return to the ground, when the whirlpool appears, jump into a bubble to protect yourself from damage.

Here you are ready to go to the rest of our island and discover the final boss. Clean the 2 geysers to open the door to Kraken.

To overcome Kraken, you will have to eliminate its 10 tentacles. They are spread over 4 platforms. 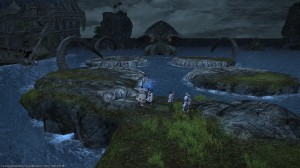 Start with the first two on the platform at the beginning. To change platforms, you will need to borrow geysers. These funds will have the effect of putting you in a debuff

which reduces your health points and increases your damage received. 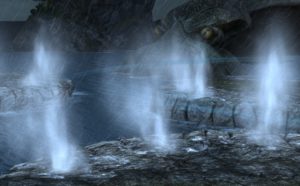 The Arms of the Kraken you will whip, causing damage. After passing through the second platform, a Kraken Arm will send one of your teammates to another platform. He will then have to come back to the group. 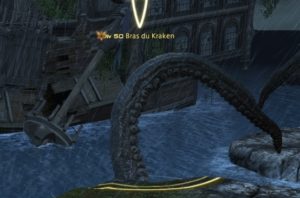 Additionally, Kraken will randomly place a green symbol on a person. This person should iimperatively move to another platform because, after 10 seconds, a tornado will form on the position of the marked player. Then, after another 10 seconds, it will explode causing massive damage and debuffing anyone on that platform (increasing damage received). Also avoid areas of inkjet, these will give you a debuff that will slow you down by dealing periodic damage. 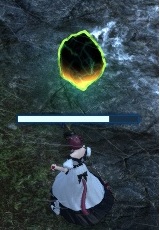 After killing the 10 bras the krakens, you have completed the mission! 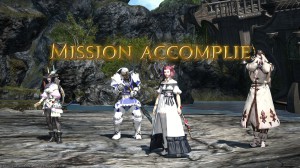