The rollout of Major Update 6 will herald the arrival of judicial system. It should be noted that, as with the Champion System, the Judicial System will be deployed in several phases. The first phase will contain all the legal elements related to the Player versus Environment content, the Player versus Player possibilities will be added later.

Once Update 6 is implemented, all Non-Player Characters (NPCs) in the game will have inventory and personal possessions that any player can loot.

In the future, when you search a house, the possessions there will belong to one or more NPCs. When you hover the mouse over an object, the cursor will turn red and a text will appear to let you know that picking up the said object is considered a crime. However, if no one sees you picking up the item, it will be yours.

The pockets and wallets of the latter will not be spared either. Indeed, by activating the stealth mode, it will now be possible to strip them. However, your chances of success will be displayed as a percentage and success is not guaranteed, so extreme care will have to be taken.

With this update, most citizens can be attacked and even murdered. However, we must remain on our guard because each citizen will react in a different way to the least of these actions, including those witnesses of the scene. If you attack a citizen until he or she dies, then you can later pick up loot from their body. 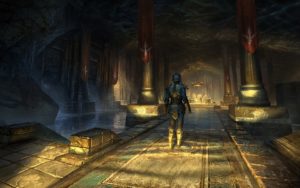 Consequences of your actions

If, during your packages, there are one or more witnesses, a bounty will be placed on your character. Each detected crime will increase the latter.

When you are the target of a bounty, the guards will attempt to strike down the wrath of justice on you, forcing you to pay a monetary sum directly related to the total of your transgressions. There are three bonus levels that will determine how fiercely the guards will attack you:

However, it is possible to reduce your premium. There are two solutions for this:

The various items that you get through your theft can only be sold to Receivers in Outlaw Shelters. These are located in the main city of each region. However, be careful, the number of items that can be sold to a receiver is limited each day so as not to attract the attention of the authorities. 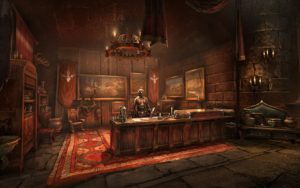 For each successful crime, you will gain experience in a new skill line, the Dexterity skill (located in the "world" category). This new line will improve the capabilities of your criminal activities.

You can find all this information on the Official website the The Elder Scrolls Online.