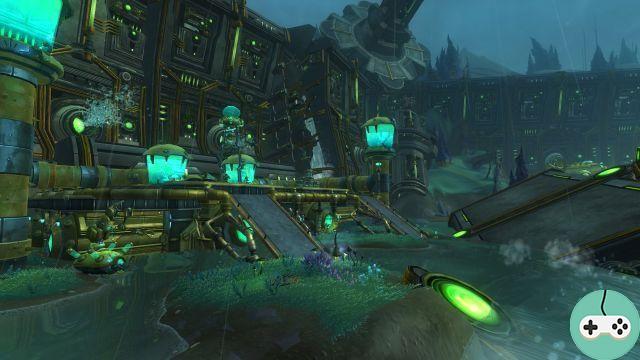 As we all know, DEPLOYMENT: Nexus has added the new Star-Comm Basin area to Nexus. This offers us content to complete, including daily quests and public events. Here's what you need to know. 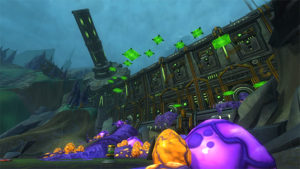 How to get there?

If you are level 50, then you can gain access to the Star-Comm Pool. You just have to go to the quest panel of your capital: 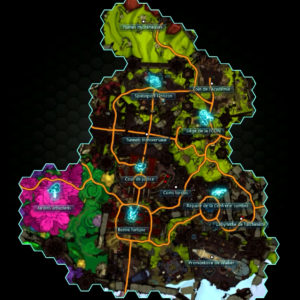 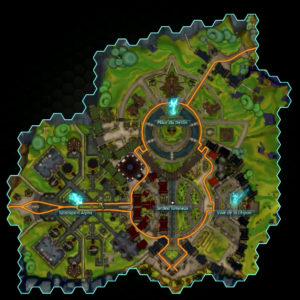 Here you will have a quest to collect titled Star-Comm Basin. Follow the instructions of the quest: you are now at the Basin!

What can we do about it?

Here, no faction distinctions, everyone is together in a relatively small area: 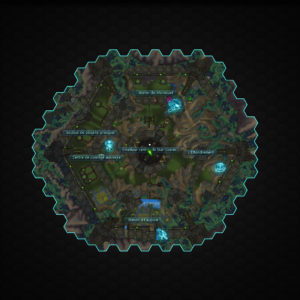 The spawn location in the area is the same for Exiles and Dominion: at the Auxiliary Control Center, west of the area. Here you are going to have all the useful NPCs including vendors and quest givers. 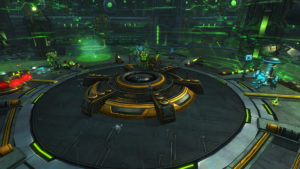 The area is divided into 4 parts located at the 4 cardinal points, each under the control of different factions: 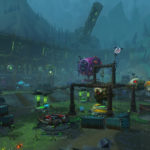 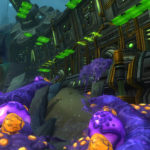 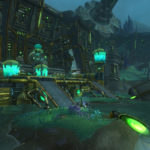 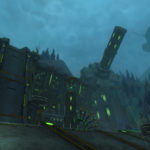 In the center is the Star-Comm Central Transmitter where public events take place and otherwise has a 5 player enemy for one of the daily quests. 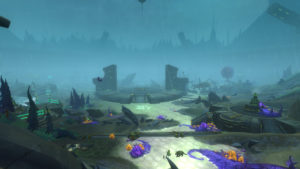 There will obviously be a new reputation to build: the Star-Comm checkpoint.

To build your new reputation, there will be daily quests to complete with fairly common objectives:

Overall, that will be it. Each quest will earn you a certain amount of reputation, between 102 and 153 points depending on the difficulty of the quest. You will need to do the daily quests for about 1 month to be popular.

Note that you will have a quest to loot from the Warped Guardian, an elite creature that can be defeated on your own. He has the appearance of Gargantua, from Infection, as can be seen in the screenshots below: 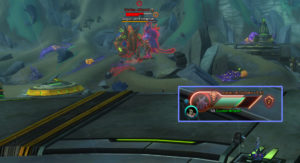 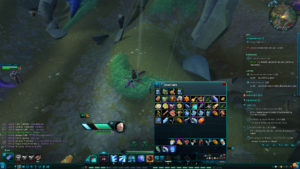 Once you have completed all of these quests, if you want to continue boosting your reputation, you can do so through contracts that reward you with Protostar Promissory Notes which will give you 50 reputation points each. You can convert them to an NPC at the Auxiliary Control Center. 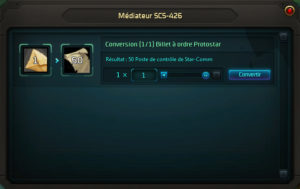 Every 90 minutes a public event will take place at the Bassin. The central area has been captured by one of the 3 factions (Marauders, Ikthiens, Filth, this will change every day) and you will need to follow instructions to get it back.

You will need to accomplish a series of objectives that will require you to do different things:

Unlike other public events (the Grove of the Unclean Refuge or the Infection Arrow of Light), this one is very short: it won't take you more than 10 minutes with people (with the current population, it's like this). in any case).

Many challenges are available and will each offer you the same rewards:

There are 4 in total:

Who says new reputation says new rewards! You indeed have the Mediator NPC SCS-426 which is at the place of appearance in the zone and which will sell you various items according to your level of reputation:

We just have to build this reputation to unlock everything!


Do you want to be up to date and know all the tricks for your video games? In gamesmanagers.com we enjoy playing as much as you do and for that reason we offer you the best tricks, secrets or tips for you to play non-stop. We offer you quality content and always updated to keep you up to date. That's why, in our website, you will find not only videogame guides but also tricks, secrets and thousands of tips so you can play to the limit. Are you ready to get it? Enter now and enjoy your videogame!
GW2 - Jumping Puzzles: Caledon Forest ❯

Sky Knights - Dominate the skies 4 vs 4