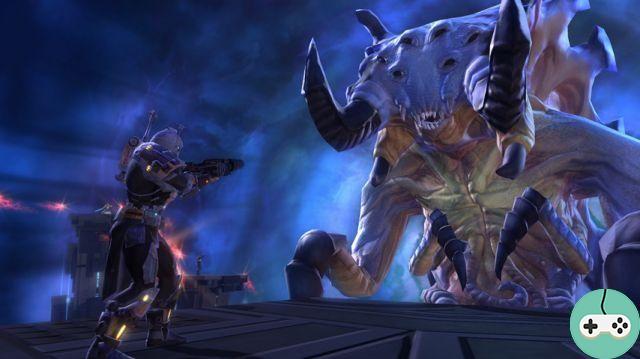 Dulfy, who runs a fan site well known to English-speaking players with lots of interesting information (it's their Onidra, actually: P), published a post recently that I thought was interesting. to introduce yourself here on a link between Fang of Dread and Cauchemar Venu d'Ailleurs. This information, or at least the part on the link between the planetary boss and the operation, comes from the raid guild "Carnage Gaming". 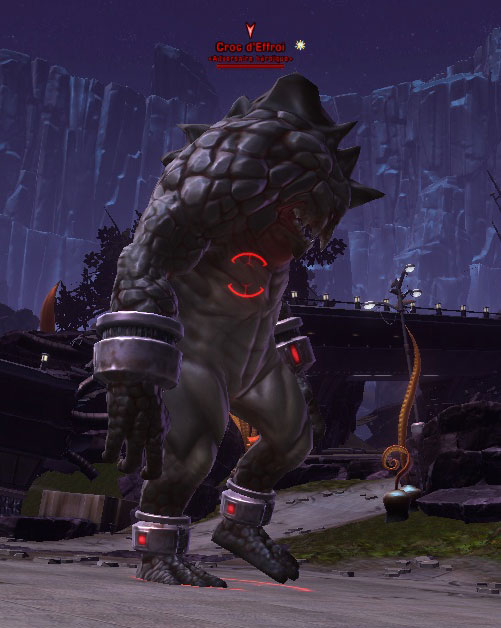 Dreadfang is a World Boss that was introduced with the Sector X daily quest area in Update 1.5. It is a boss that has several possible difficulty levels, which are symbolized by the accumulation of a buff called dreadful resurgence on it. When defeated, one of the possible rewards is a consumable called "essence of dread" which increases the number of charges (and therefore the difficulty) of the Boss. These loads range from 1 to 10, with the need to have a raid of 8 players for levels 1 and 2, 16 players for levels 3 and 4, and 24 players for levels above 5. Level 10 therefore already represents a certain challenge.

A first piece of information given by Dulfy is: what happens when a group succeeds in defeating Dreadfang when they have 10 dread resurgence charges? In addition to the classic rewards obtained when you defeat this boss (at least I suppose), namely the title of Hunter of Drouk, Black Hole implants or the dread guard mask, passing this challenge allows you to obtain a additional title, the Renaissant (the translation actually implemented in the game is to be confirmed; in original version it is The Resurgent). But above all, it also offers the possibility of obtaining a Dreadful Amulet.

This is all well and good, but what is this amulet for, which can be activated once every 24 hours and whose description says "A strange artifact that once belonged to a Dread Guard. Use: instills fear in those around you , forcing them to shout "(house translation)? Is it a simple item to make a special emote, does it have any other use? Well, yeah ! And that's what the Carnage Gaming guild seems to have discovered.

But before saying more, a few words about Cauchemar Venu d'Ailleurs. 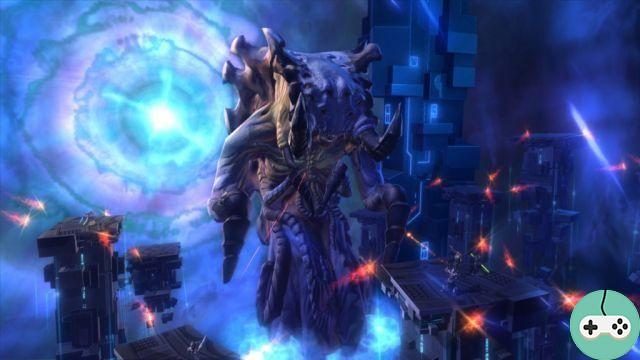 Nightmare From Elsewhere is the latest operation, which appeared in update 1.4. It takes place on Asation and you have to face some very strange creatures there to help the Grees, this race of aliens with a very particular language and very advanced technology that the Republicans have come across (by interposed droids) during planetary quests from Coruscant, and which will clearly be the focus of Update 1.7. Like all operations, this one has an 8 player mode and another 16 player mode, as well as several difficulty levels (currently, story mode and hard mode).

If you have already done this and have explored the place a little, perhaps you will have discovered, passing under a bridge leading to the trio of fear guards (the 2nd boss) an empty cave that is a little strange and which seems unnecessary. Well it is not, since it is the benchmark of a secret boss, the Dreadful Entity, apparently only accessible in hard mode at 16. Having never had the opportunity to test this mode, I can't tell you specifically if there's a specific feature that says something special is there, or if it's only in 16-player hard mode.

Still, if you have a dread amulet and go to this cave, the Terrifying Entity will appear!

At this time, there is no precise information on the strategy to adopt against this boss, but if you manage to defeat him, then you will have the chance to obtain the new title of Dread Slayer. (again, this is a house translation, if you have the translation actually used in the game do not hesitate; in VO Dread Slayer) as well as an item whose usefulness has not yet been determined : an orb of dread. This orb appears to cause you (or an ally or mob) to take on the appearance of a Quantum Anomaly (I'm not sure the name anymore, shame on me) for 15 seconds.

And you, did you know this link between Dreadfang and Nightmare From Elsewhere? Are you going to take up the challenge?


Do you want to be up to date and know all the tricks for your video games? In gamesmanagers.com we enjoy playing as much as you do and for that reason we offer you the best tricks, secrets or tips for you to play non-stop. We offer you quality content and always updated to keep you up to date. That's why, in our website, you will find not only videogame guides but also tricks, secrets and thousands of tips so you can play to the limit. Are you ready to get it? Enter now and enjoy your videogame!
GW2 - Heart of Thorns - WvW Guild Objective ❯

Archeage - The Relics of Hasla

Add a comment from SWTOR - A High Level Challenge: The Terrifying Entity