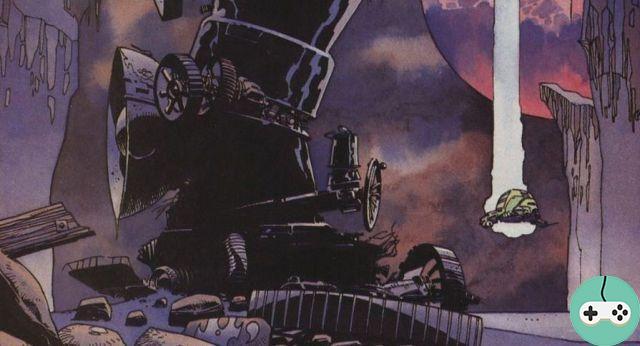 The Jedi Order was born on Tython, during the Force Wars. But these have ravaged the planet so much that it has become unlivable. They then migrated to a planet in the Inner Rim, where they settled. Here was his only temple and training center when the representatives of the nascent Republic asked them to become part of the government, ensuring stability and internal peace.

And for the millennia that followed, it was their main academy and the place where the Jedi councils met. Until about 350 years ago, during the Great War of the Sith against the Brotherhood of Exar Kun. He was a former Jedi, and he knew that by attacking the planet he was attacking the heart of the Order. The damage his troops caused made him unlivable. 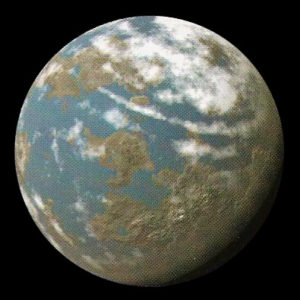 Ossus when the Jedi lived there

While many lightsaber crystals bear the name adega, it is from this system that the name came. This is the one he's wearing. It is also the one worn by the two suns, Prime and Besh. The planet occupies the third position, and was once called Idux when it was part of the Empire of Xim the Despot. But this regime had collapsed and abandoned this area when the Jedi arrived and renamed the world Ossus. They began to build temples and various buildings modeled after those their predecessors once had on Tython. The Order was born from a split into two factions with divergent philosophy. Their early years had been dedicated to war. It was only after peace returned and exiled to this new world that they were finally able to reflect on the direction of their new group. This is where the foundations of Jedi thought as we know it were born. The system is very close to the Perlemienne Commercial Route, allowing fairly quick access to the capital of Coruscant. Thus, the idea of ​​building a secondary base there will never really be developed. Even if other academies will develop on other planets (Arkadia, Dantooine ...), Ossus will remain THE center of the Jedi Order. 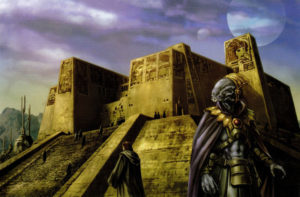 The main city on the planet was Knossa in the southern hemisphere. This was the spaceport, but also where the main buildings of the Jedi Temple were located. Other cities were scattered in other parts of the world, but they did not have these two advantages to make them stand out. The planet was peaceful, but the Jedi still made sure to police and defend it in case of threat. During the Great Hyperspace War, the Sith Empire primarily attacked the Core. The sector of Ossus was spared. With the victory of the Republic, the enemy lost many ships with artifacts and holocrons on them. A young Jedi named Odan-Urr arranged for their recovery, then took them to the center of Jedi culture. Even though they became off limits for most residents, they became the basis for building a new library. Under his leadership, the planet began to collect knowledge again to become one of the cultural centers of the Republic and the galaxy. Odan-Urr lived for a thousand years and was a Grand Master of the Order. But he also experienced failures, like his apprentice Freedon Nadd, who became the Sith lord of Onderon and the inspirer of the Sith Brotherhood of Exar Kun and Ulic Qel-Droma. 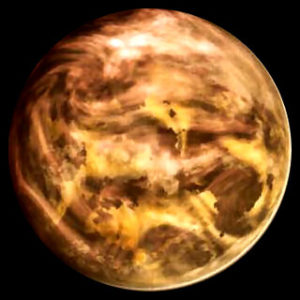 Both Brotherhood leaders were former Jedi, and although they had been trained in academies other than Ossus, their masters sat on the Council. Exar Kun knew of the existence of the Sith artifacts and planned to seize them. He infiltrated the training center for the first time in order to recruit apprentices. He confronted Odan-Urr to seize a holocron. But it was not enough. He planned a second raid, this time at the height of the war. He owned an Old Empire cruiser, the technology of which could destroy a sun. He sacrificed it to detonate a nearby star of Ossus and a Republican and Jedi fleet. The whole area was disturbed. The shock wave shattered balances, some of which allowed life. The Great Library was doomed. Professors and students sought to save as much content as possible, but the Sith attacked to plunder their share. Beyond the battle, recolonization was impossible. Electromagnetic storms became common on the surface, making it almost impossible to live there. They make the soil too arid for agriculture or breeding. And the instability in the surrounding space makes hyperspace travel very difficult. So the planet has been abandoned, and despite everything that has been abandoned on it, no one is trying to return to it.

But Ossus remains in certain memories. After 350 years on Coruscant, the Jedi have returned to Tython, the planet where they were born. But what they want to rebuild there is not a past 20 years old. But much more recent, to make a new Ossus.


Do you want to be up to date and know all the tricks for your video games? In gamesmanagers.com we enjoy playing as much as you do and for that reason we offer you the best tricks, secrets or tips for you to play non-stop. We offer you quality content and always updated to keep you up to date. That's why, in our website, you will find not only videogame guides but also tricks, secrets and thousands of tips so you can play to the limit. Are you ready to get it? Enter now and enjoy your videogame!
ESO - Beta - Ebony Heart - Morneroc ❯