Something promised, we dreamed of it and Riot gave it to us, that update of Poppy that so waited for. 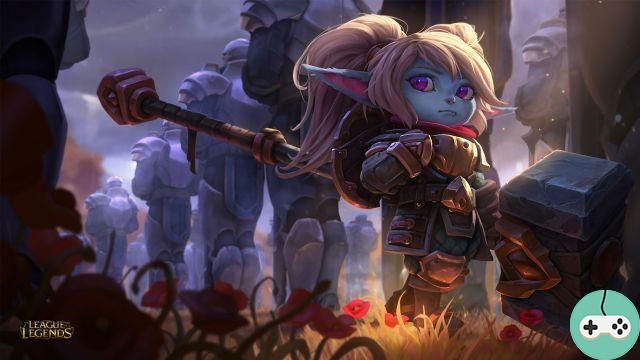 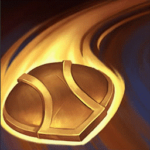 Every few seconds, Poppy's base attack is changed: she throws her shield at her enemies and then gains a bonus to range and magic damage. Once the shield is cast, Poppy can pick it up for a shield, but if an enemy walks on it, it is temporarily destroyed. If Poppy completes a target with Iron Ambassador, the shield automatically returns to her instead of falling to the ground. 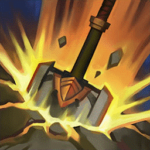 Poppy knocks her hammer to the ground, dealing damage and slowing enemies in the impact area. After a while, an eruption occurs where the ground was pounded, dealing the same amount of damage to targets in the area. 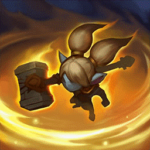 Passive : Poppy gains bonus armor and magic resist. This bonus is doubled if Poppy has less than 40% of her HP.

active : Poppy gains a movement speed bonus. While Steadfast Will is activated, Poppy can block enemies that rush towards her or her allies, and she is protected by a barrier that deals magical damage. 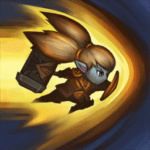 Poppy rushes at an enemy, inflicts physical damage to them on impact, and drags them a short distance. If the target is dragged over a piece of scenery, it is stunned and takes additional physical damage. 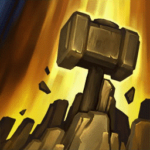 Poppy channels energy into her hammer in anticipation of a devastating blow and finds herself slowed down for the duration of the channel. Activating the skill a second time, Poppy unleashes a powerful hammer blow that creates a crack in the ground. Champions caught in the small impact area take damage and are knocked back a very long distance towards their base. The size of the crack and the distance enemies are knocked back increases with the length of the channel.

We can think that fundamentally, the way of playing Poppy is no different: in lane or in the jungle, her goal will always be to nail you to the wall with a hammer blow dragging you with her for a few kilometers.

However, her two new active skills, the Steadfast Will and Verdict of the Guardian, give her the ability to shape the battlefield to her liking, the first skill slowing down opponents' charge and the second offering the urge to knock off hinders out. of view. 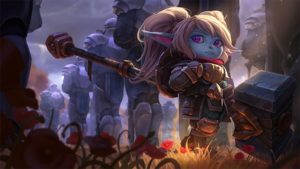 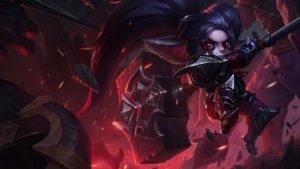 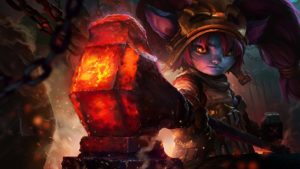 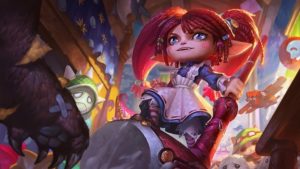 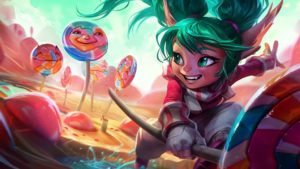 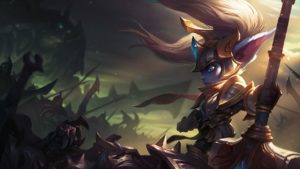 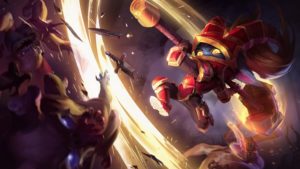 Are you glad to see our dear Yordle return with a revamp?

Add a comment from LoL - Poppy Redesign: Guardian of the Hammer