For this new volume of the chronicles of Tamriel, Zenimax presents us with numerous drawings, fan-fictions (some of which are in spanish) and compositions created by the community. 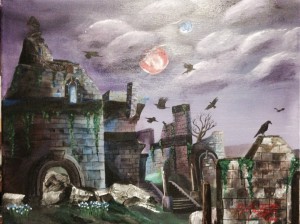 Crow’s Wood Acrylic on Canvas - By KDRMickey on Tumblr. 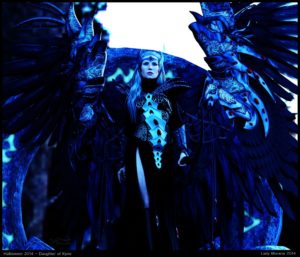 Halloween 2014 – Daughter of Kyne - By Lady-Morana on DeviantArt 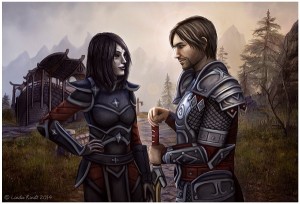 If You Ever Need Me - By Isriana on DeviantArt. 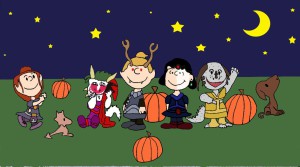 It’s The Great Patch Cyndril Brown! - By Gangyzgirl on DeviantArt. 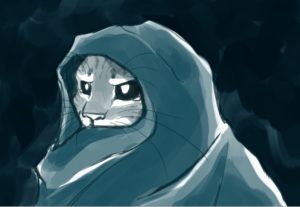 Tea - By Ebonheart-Pact on Tumblr.

You can send all your creations to the Tumblr of Elder Scrolls Online or directly on the official forum.

This week, three Fan-fictions, including two in spanish, were published.

General Warhaf. Forgive the sending of this letter, but the agents of Tharnatos definitively compromised all of our communication channels by envelope-dream and envelope-infra. Also a letter seems to me to be the most reliable medium of communication in the state.

My suspicions turned out to be correct: the one we took for "Lady Gratidia de Mir" is only a daedric doppelgänger, called "Lyranth". We followed her and her minions into Alik'r. They entered an Ayleid ruin known as “Salas En” and then disappeared. The ruin is entirely empty.

Inspiration, expiration. With her eyes closed, she opened her exalted senses to the world around her. Her bare skin received with a delicious shiver the drops of warm rain condescended by the thick foliage of the trees. The mighty wind carried the echoes of a small thunderstorm and made her endlessly wet hair beat aggressively. She could hear the countless crackles of branches and the muffled rumblings of tree trunks with certain hearing acuity. The leaves lashed against each other in a somewhat spooky concert. Her nose finally caught the thousand and one smells that surrounded her, from the thick carpet of humus to the soggy earth, from the bark filled with water to the humid air. Her bow alone pressed against her bare chest, she waited, nestled between the roots of a graht oak, opening up to the Green… inhaling, exhaling.

Red eyes watched as the sun set on Wayrest. Soon, those that she had sent out would return to her with an untold treasure. She never knew from one day to the next on how much gold would arrive with the prior owners. It was enough that she could live and dress in style. If she had to be exiled, she was not going to suffer from it. There was no need for her to live in a manner below her level of comfort. After all, she earned it with years of training. Only the finest quality of dwelling, clothing and food for her were acceptable. If she had to use every dead person in the city, then she would. Fortunately, there was a war going on as well as the normal criminal activity in Wayrest to create a huge supply of dead people who likely had bank accounts. If they all withdrew their gold and brought it to her, then she would be able to keep her lifestyle.

Do not hesitate to take a look at the RP section of the official forum if you want to read new stories.

And finally, here's a video of a composition inspired by The Elder Scrolls Online: