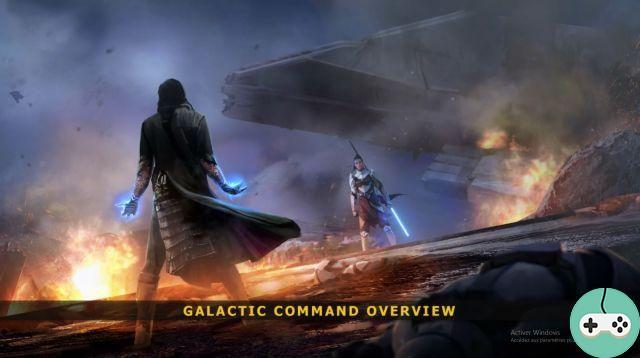 Many questions arise following the announcements on the changes that will be put in place in the way to obtain the equipment in the game. The introduction of a new system, the Galactic Command, contributes to these changes that we already have. mentioned in a previous article following the livestream of October 17th. Eric Musco has since answered a few questions on the official forum and tells us more about what lies ahead.

Note that you can already find a lot of answers to some questions in our summary of the official livestream as well as in an article dedicated to changes to the equipment.

We therefore learn today that:

Finally, Eric answers a more difficult question concerning the mechanics of attribution of the equipment, question posed by ZambedosNB.

Question: Given the current system, the odds of recovering equipment from an operation are overall five out of eight. Will these chances be similar with the new system and will we be almost certain to have at least one coin on two successive operations?

Answer: first, how many cases will you earn during an operation? The answer depends on several factors. How many players are there in the operation, what is your command rank, what is the difficulty level? ... It will be faster to climb the first levels of commands than the last. The team is still working on the reports of CPs gained and will later specify precisely how much experience you can expect to get in operation and how many Command Crates.

SWTOR - The Bestiary of Tatooine

Add a comment from SWTOR - Equipment details in KotET