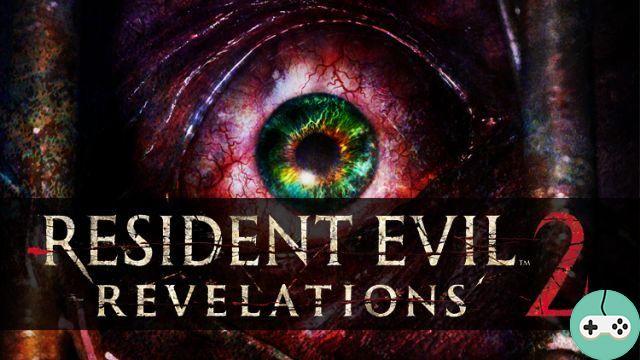 Who does not know resident evil ? This license which saw the light of day in 1996 and which will soon celebrate its 20 years of existence. A fairly record longevity in the video game industry, which has allowed the license to multiply the episodes with more or less brilliance. It is quite a difficult exercise to talk about this saga, because not everyone has discovered resident evil with the first opus and will not have the same attachment with a particular episode.

For my part, I "discovered" these games quite late, with the release of the 4th part, which featured Leon S. Kennedy and a decidedly more action-oriented approach than the previous games. So yes, I still tried to play the previous episodes. But I admit that survival horror, in its "original" form, does not suit me. Not that I don't like it, far from it, but I freak out for not much, and it takes me several hours (or even days, no kidding) to get over it.

Amnesia, Silent Hill 3 or even Penumbra, which are in psychological horror, did not leave me unscathed and made me have many nightmares. This is why I have a special connection with the saga resident evil which manages to mix in a more or less skilful way the murky atmosphere with the action, most of the time ... Because the exercise is sometimes crappy, it is enough to see Resident Evil 5 and 6, who have bet too much on the 'action, by removing part of the saga's DNA. They weren't bad for action games, but as resident evil, we were entitled to expect better. Then came Revelations, a very nice portable opus, which managed to combine the sticky atmosphere with the effective action of a Resident Evil 4. A lot of people unfortunately missed it, it's a shame, but the sales were sufficient for Capcom to deign to make a sequel, which gives way to the sirens of the episodic game. Good choice or not? What is this Revelations 2, This is what we are going to see now. 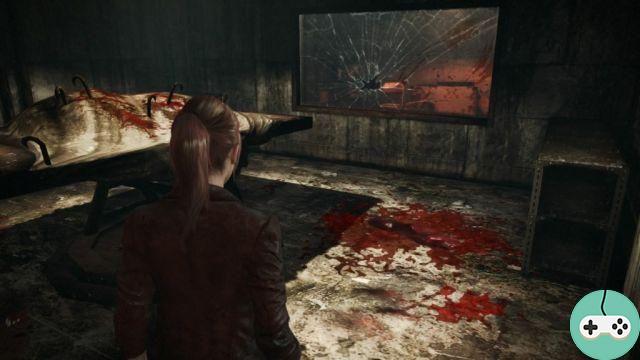 From episode 1, the atmosphere is set.

First of all, you should know that the episodic structure chosen by this sequel is not that surprising. Resident Evil : Revelations was already using this TV series-style split, but the publisher did not want to sell its game in this format, which was still not very popular at the time, let alone on a portable console like the 3DS. Regarding the story, it is not mandatory to have played the previous section to understand it. Okay, if you've never played a resident evil on the other hand, it might be a bit more difficult to get into the game, but it's not insurmountable either ... anyway, even longtime fans are sometimes lost in the Resident Evil Universe, which mixes a number of rather incredible intrigues.

In Revelations 2, we lead, in turn, two pairs. On the one hand, we have Claire Redfield (main character of the episode Veronica Code) and Moira Burton, daughter of Barry Burton. On the other, we have the famous Barry Burton accompanied by little Natalia Korda, who seems to be on the island for a while. The story begins with the kidnapping of Claire and Moira by a group of armed soldiers. The latter lose consciousness during the assault and find themselves locked in a large insanitary prison, with a strange bracelet in their hand, which serves as a transmitter to the game's antagonist, the Sentinel, who communicates quite frequently with our heroines.

The goal of the girls is simple, to escape this hell by any means possible. Barry arrives to him a little later (always in the second part in each episode) to save his daughter, Moira. He meets the girl who says she knows the island and saw Moira on the island. Unlike the first pair, Barry will seek him to return to the island while protecting Natalia.

The story can be followed pleasantly, it takes a while to start but we want to know who is this sadistic woman who communicates with the owners of the bracelets ... after, we should not expect something grandiose however, the Capcom series has been bogged down for several years now in unlikely stories and quite cliché characters. Still, the way of narrating everything, like a TV series, with the cliffhangers at the end of the episode, works very well since we want to know the rest and the outcome of the story with impatience. 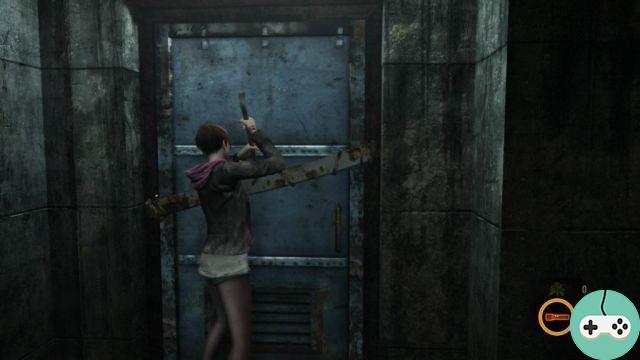 What we will especially remember from this RER2, it is the atmosphere which is, it must be said, damn successful. The interiors as the exteriors give off something creepy, unhealthy and dirty, and the tortured bestiary is not to be outdone and reinforces this "horrific" feeling which will certainly delight fans of the saga, especially since this sensation will only be accentuate over the episodes, a faultless at this level!

Small regret however, the fact of retracing the path of Claire and Moira with the 2nd pair is certainly logical in view of the narrative choices, but quite ruins the feeling of discovery. We can not help but see a simple "recycling" of the decorations and the atmosphere takes much less ...

Technically, it is unfortunately not as successful as the atmosphere, the latter turns out to be quite poor and "unworthy" of the next-gen. The textures are mostly coarse (but surprisingly reinforces the gritty aspect - in the positive sense - of the episode), the lighting effects are not transcendent and the framerate drops are unfortunately quite frequent, in particular in outdoor areas, with fairly strong vegetation. Some bugs are also to be noted, such as Claire's hair which seems to take great pleasure in defying the laws of physics or the concerns of collisions which hamper certain clashes. Regarding the soundtrack, it's very correct, we will see with joy that we can choose between several dubbing, spanish, English or Japanese. The spanish dubbing is rather successful, even if personally, it seemed to me less "alive" than the English dubbing. The musical themes contribute quite a bit to the stress of some scenes, which is pretty cool! 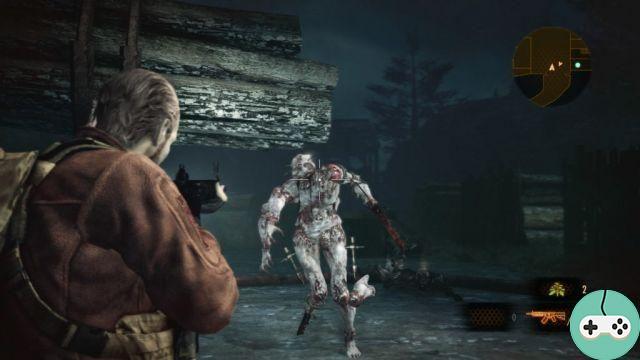 The bestiary is very inspired in this episode.

Now let's come to the part that I found the most interesting, the gameplay. I really liked the principle of pairing in this RER2. On the one hand, we have the one with Claire and Moira, the first knows how to handle firearms brilliantly, while the second is scared to death, due to a past event ... it therefore serves as a torch / stand -de-doe on legs. Well, I say that almost meanly, but it was with her that I had the most pleasure to play. Using our flashlight, we will light up the place and blind the enemies, Claire can then take over by shooting or going to give them a good kick that will knock the creature down, and we can finish off the monster. using our crowbar, smashing the latter's skull. It's a method like any other eh, a lot of combinations are possible, but they are not all achievable with the same ease in solo (in local co-op, the combos are easier to place, but strangely, we don't not that much fun ... it's really the pleasure of managing the two characters in parallel that makes the whole thing so nice).

Moira will also be able to reveal certain "hidden" objects by lighting them up. This skill is also available with Natalia, the girl who accompanies Barry. The latter, in addition to pointing at objects with the fingers, has a very interesting ability that allows you to see nearby enemies thanks to a small aura. She can give their position to Papa Burton, who will stealthily eliminate them. These passages made me think of The Last of Us, with the Ellie / Joel combo, not unpleasant at all.

Of course, connoisseurs suspect it, Barry always knows how to handle weapons as well and can also rush into the heap to clean up with his favorite weapons. I was quite surprised because I was really expecting an infiltration part with Claire / Moira, and non-stop action with Barry, but in the end, no, it is the Claire / Moira combo that predominates when it comes to action. .

Also note that some puzzles are to be solved in this resident evil, a little too late for my taste (about halfway through the adventure) but it's still good to take. Finally, know that the game is rich in additional activities. Between the challenges to accomplish, the medals to obtain, the special episodes and the alternative game modes, there is frankly something to do, and the difficulty is there. Commando mode is also making a comeback in Revelations 2, if you like, we will stay glued to it for several dozen hours, the time to complete all the contracts and unlock all the elements for the characters. 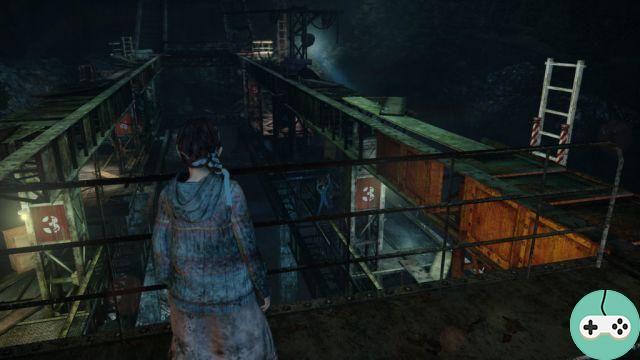 Little Natalia probably doesn't deserve all of this ...

In the end, I can only recommend that you take an interested look at this Resident Evil : Revelations 2. It is certainly not without flaws, its overly agreed scenario and its recycling does not really work in its favor, but it offers a really striking atmosphere, which will put you at ease several times.

The pair-based gameplay works really well and makes you want to see more titles that exploit this principle. Finally, you should know that the season costs 25 € in digital version (40 € in box version, but you will have access to a costume pack and additional characters in command mode), which is not extremely expensive. The campaign takes around ten hours (~ 2h30 per episode), the two special episodes add one hour each, the alternative modes will triple the time needed, and the Commando mode, as long as you stick to the principle of killing l infected by a hundred, will occupy you many hours, especially online, with your friends, via the patch that will land at the end of the month. 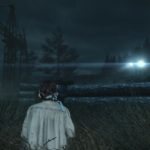 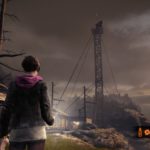 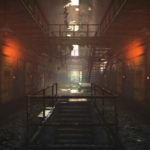 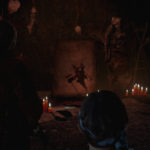 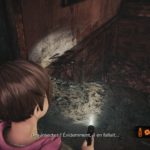 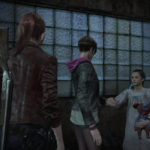 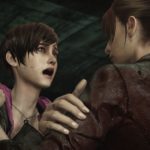 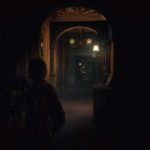 Shadow Realms: What about art in all of this? ❯