Arrived at 44 level in your epic, it's time for you to face the cruelest of the Primaries: Garuda. Consider taking potions and ethers with you. You may need it. First of all, you have to be pleasure : Your tank and melee DPS must go to the back of the arena while the healer and ranged DPS will be positioned to the left.

Each one should be very attentive during the clash. During the fight Garuda goes disappear briefly several times to pop up somewhere else. You will have to rush to the pillars : They will protect you from the attack that the Primordial will launch. The placement is therefore very important, you must be hidden behind the pillar in order to avoid the powerful gust as much as possible. 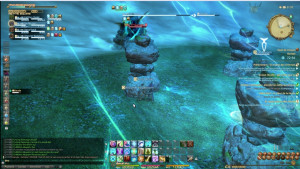 Once the attack is over, find your initial positions for the rest of the fight. Garuda will then invoke Lacerating feathers. These will rush to the pillars to break them. Your DPS must kill them the most screw possible. 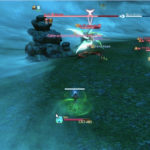 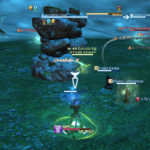 Garuda will then disappear once again and you will have to hide behind the pillars :

News feathers will make their entrance. As with the first wave, your DPS should kill them quickly.

Garuda disappears again to reappear in the center of the pillars, again summoning feathers. 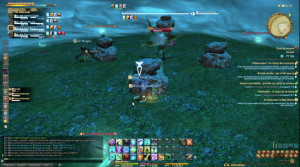 The attack avoided, reposition yourself correctly while eliminating the feathers.

Then Garuda will get angry! She will stand in the middle of the pillars screaming "It will bleed !!!". Stand behind the pillars while your tank uses its Transcendence and may your healer revive your life. The Primordial uses her devastating attack.

Soon after it will generate a calm zone in the middle of the storm, drastically reducing the size of the place. You will need to position yourself correctly: the tank on the opposite side of the rest of the group, Garuda turning his back on DPS and healer: 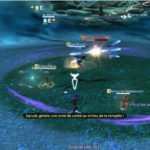 Generation of the calm zone 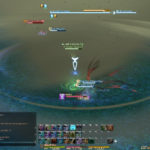 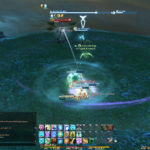 We are in place!

other feathers then arrive:

Continue the fight, watch out for Garuda's movement and attacks and the appearance of new feathers. At the end of the fight you should have a bar of Transcendence full. Use it to finish off the Primordial.

Good luck with this epic fight!

Add a comment from FFXIV - The Storm Trial (Garuda)