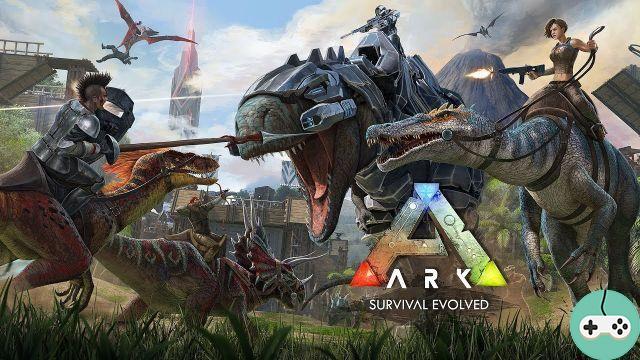 After many years in early access, Ark: Survival Evolved, a game developed by Studio Wildcard, Instinct Games, Efecto Studios and Virtual Basement LLC (fyou, that makes them developers!) And published by Studio Wildcard is finally officially released on August 29. 2017, on PC, PS4 and Xbox One.

You are a man (or a woman, your choice!) Waking up in unknown lands populated by dinosaurs, strange creatures and huge obelisks floating and overlooking this mysterious world. And the pompom, you have a strange crystal grafted into your forearm, just that! 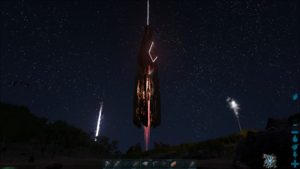 This is the basic premise. The story of the game is revealed only to explorers ! Indeed, on the different cards of the game, it is possible to find explorers notes, detailing their experiences, but also revealing a little more about the world, the reasons for our presence in this world, etc. 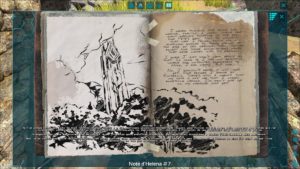 Even if the story is interesting (without having the scale of a role-playing game of course), we must admit that the primary goal of the game is not the latter, but the survival and evolution side! 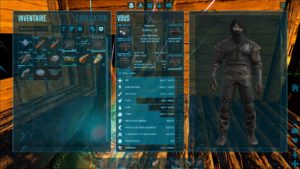 The beginning of the adventure is relatively classic. Find out what to make the first tools, basic food and build a small place to sleep. The latter is very important, because unlike most survival games (if you are playing online), your body remains in play even when you leave the game! He can therefore be eaten by a wild animal or be killed by another player if you have the misfortune to disconnect anywhere. 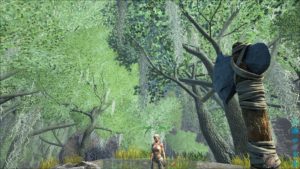 Throughout your adventures, you will gain levels. These will allow you to increase your statistics such as hunger, thirst, the maximum weight you can carry, etc. But, the most important is unlock engrams ! These are neither more nor less than all that is craftable in the game! From pickaxes, through weapons, walls, saddles for your dinosaurs, and, at high level, high-tech weapons and armor! 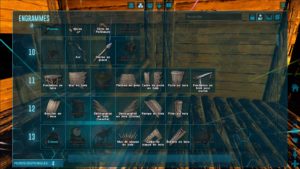 But what would be the point of living in a world populated by dinosaurs and creatures, each stranger than the next, if you couldn't cook them ... tame them!

Taming is one of the important points of the game. To do this, you will first need knock out or fall asleep the beast. You have several ways to do this, starting by immobilizing it by blocking its legs with bolas, then hitting the head with a sledgehammer. But also, you can shoot him with a bow armed with tranquilizing arrows.

Once stunned / asleep, it will have to be tamed. Taming a dinosaur is like making a man fall in love, it goes through his stomach! It will be necessary to give him his favorite food, which is different according to the species / category. 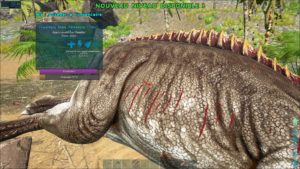 Be careful, however, because while you feed your future companion to tame him, he will wake up little by little. To do this, you can either put him back to sleep with tranquilizing arrows or give him certain berries. 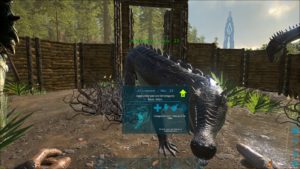 Your animals, like your character, will also evolve. They will gain levels and some even have special abilities, such as healing for example. And of course, you can have as many as you want! But the more you have, the more “work” it takes to feed them. 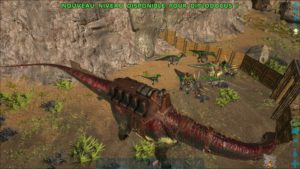 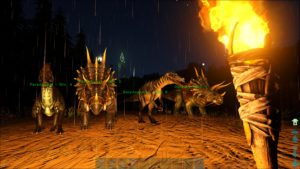 Exploration is another highlight of the game. The maps are very large and full of different biomes. Lava, desert, snow, tropics ... are present! 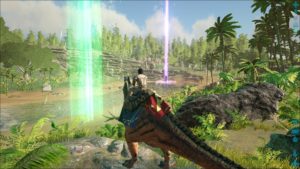 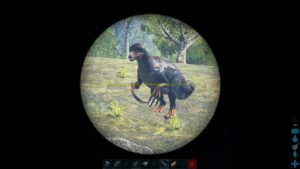 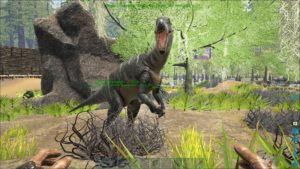 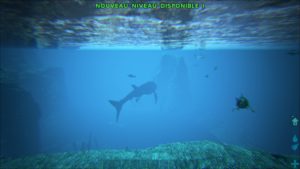 Let's start with the graphics, the game is beautiful, even very beautiful. Whether it is the decorations such as the flora and fauna, everything is well detailed. The game runs on Unreal Engine 4, which is a very well-established and proven engine. 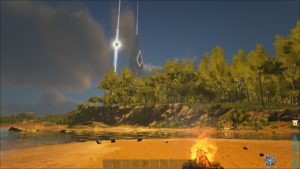 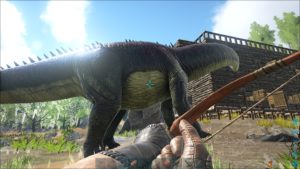 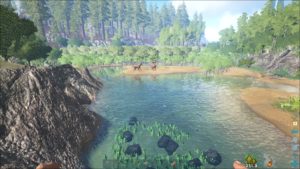 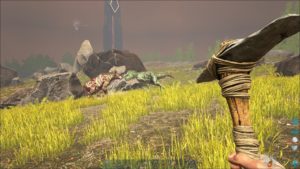 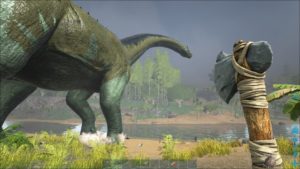 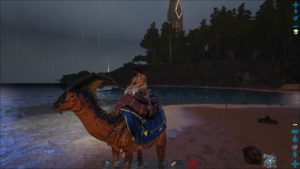 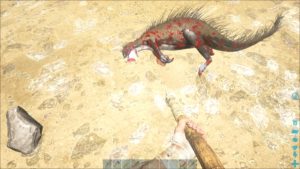 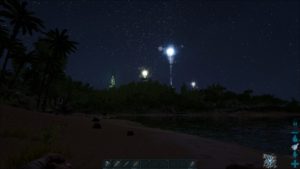 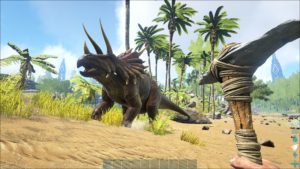 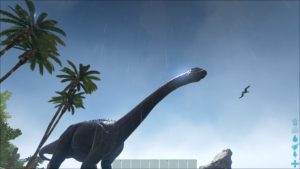 On the side of soundtrack, the musics will not mark you more than that. Mainly because there aren't many. As for the sound effects, however, they are very representative: footsteps, weapons ...

Let's move on to the topic that may hurt some, optimization. I specify that I play on the PC version. So yes, the game, even if it runs well, is still very greedy and heats up graphics cards at full blast. Personally, on my configuration (I5 3.2Ghz, 8 GB of ram and a GTX960 - 2 GB), I run the game in "high" at constant 60IPS, but the machine is running at full speed (especially the graphics card, which heats up a lot). on this game).

The game also takes a long time to fully load the textures on the first load, which ends up with “flat” textured backgrounds, characters and dinosaurs. But after about twenty seconds, everything is fully charged.

However, having the game almost since its release in Early Access, one cannot deny the enormous work of optimization which has been done, the game only running "weak" and having big drops of IPS on the same machine in its infancy. However, an "average" player configuration is recommended to play it, if you have a "low-end" configuration, it may not be very playable.

If you like survival games, dinosaurs and dressage, this game is for you. As this game is a sandbox game, the duration is virtually unlimited. In addition, there are already several DLC, free and paid, but also a myriad of mod adding or modifying tons of content (Mod Stargate! <3).

Small downside that can block is the price at which it is sold now. Although the concept of Early Access is to sell the game for less and to be able to play a development version and therefore, it is no wonder that it is now sold for more. now that at the time when it was officially released, it is however sold full pot at 60 €, a price that is relatively rarely practiced on PC (especially when it is an "indie" game ).

But if you're a real fan of sandbox survival game, this last one is clearly worth a shot. In addition, the game is very often on sale, do not hesitate to wait if you want to avoid slipping 60 € (Black Friday and Christmas promotions are fast approaching!)