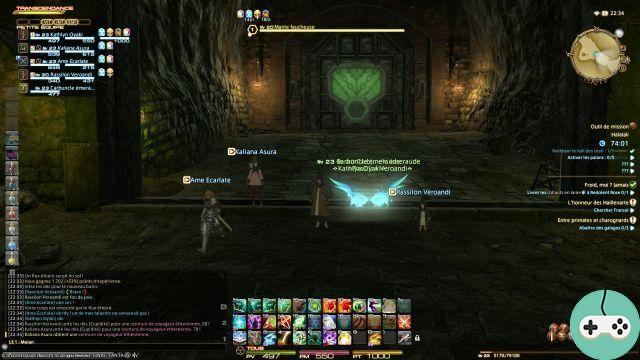 The Final Fantasy XIV: A Realm Reborn team has answered many threads on the Japanese forum!

Appearance of the characters

On the English-speaking forum, we wonder about a very specific point of the physics of Miqo'tes : their buttocks! Compared to V1, they have been modified. Suzuki Takeo, design manager, personally explained the changes made from V1. It all started when Yoshi spoke with the character team: what would be the priorities when moving from FFXIV to FFXIV: ARR? They agree on two points:

A new question arose: what should the team do when they rebuilt the graphics engine, optimize it and then convert all the data in V1 while keeping the goals set. After much thought, it was decided that when equipment was too complicated to design, it was easier to reduce the cost. This is also the reason why the equipment Size are no longer displayed on your character.
Takeo apologizes for those who preferred the design of the Miqo'te V1. But thanks to this small sacrifice, the team was able to increase the amount of equipment available and add new races while bringing equipment with a much better design than in the past.

Second subject addressed: haircuts. Some cuts are diminished / hidden due to head gear, except for Miqo'tes. Recently, we learned that the Lalafells are getting their hair back. Today Takeo confirms that this will be valid for other races as well. However, if your haircut is too voluminous, it will not be possible to show everything. 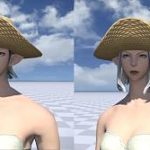 In previous returns, the subject of buff / debuff icons has been addressed. Hiroshi Minagawa returns to this once again. I offer you a brief summary of this long post. First of all, two corrections have to be made:

The idea was for the most important icons to be displayed in the group interface. The rest is displayed when you target a character. For example, status corruption icons are displayed first.

While the team is working on 2.1, they are examining the possibility of displaying more icons. Minagawa thinks 8 would be an optimal display. In addition, upon arrival of addons, the team will allow them the ability to display more icons, as well as change their order.

Now let's move on to alterations that we place on the enemies, it is difficult at the present time to find ours. The green display is not obvious. The solution to this problem is in the debug phase and will be implemented before 2.1: (Update) our alterations will be left aligned.


When you play on different media, you have to redo your macros, your outfits, your action bars, etc ... To compensate for this enormous waste of time, the team studies a system allowing to import and export all these settings.

As expected, the Legacy will not be able to migrate to a new world in mid-October. This decision was taken so as not to cause an economic imbalance on the new worlds. Theoretically, a Legacy character will have more gil, materials and equipment than a fresh adventurer.

Legacy players will therefore have to wait for the team to analyze the economic situation of the new worlds before they can migrate to them.

Ambient noises are plentiful in FFXIV to make the game more alive than ever. The sound director, Masayoshi Soken, explains to us that technically, filtering these noises would represent a colossal job. (For example, there are over 200 different noises for insects!)
While it is not possible to create a filter for every noise, The team would like you to have the option of being able to adjust the volume of actions performed by other players. If possible, she wants to separate the sound effects into several groups: you, your team, your LS, and the other players. So you could customize the volume of each category.