FirstLook de Gamerzine recently got to play a bit The Elder Scrolls Online. A lot of points were covered, not much new, it's a fact, but here is a summary of what to take away and what emerges from them. interview with Matt Firror, game director. I advise you to take a look at the magazine even if you don't speak English because the layout is really nice. 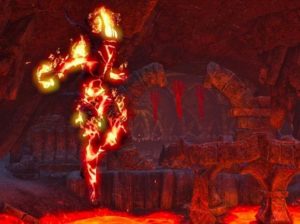 Do you want to be up to date and know all the tricks for your video games? In gamesmanagers.com we enjoy playing as much as you do and for that reason we offer you the best tricks, secrets or tips for you to play non-stop. We offer you quality content and always updated to keep you up to date. That's why, in our website, you will find not only videogame guides but also tricks, secrets and thousands of tips so you can play to the limit. Are you ready to get it? Enter now and enjoy your videogame!
WoW - Stronghold - Building: Trading Post ❯