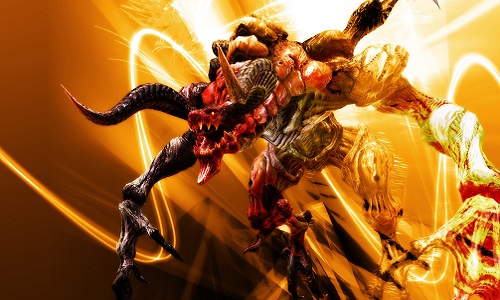 This guide is about the 8 player fight against Ifrit.

This guide now has two! First the first published written by Nutt then that of Zuh. 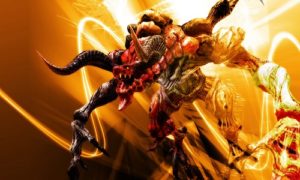 Composition of the group

To lead this fight successfully, you will need:

Explanation of the fight

Ifrit is a relatively straightforward boss that doesn't require a lot of training. One try will be enough to familiarize you with combat.
Phase one is simple, Ifrit will alternate Eruption, Charge and Volcanic Explosion regularly. Avoid the charge, interrupt the eruption and suffer the volcanic explosion.
From 60% Ifrit goes into phase 2 and spawns the Radiant Plume, simply avoid it by continuing to dodge charges and keep interrupting the eruption.
When the nails appear, focus all of your dps on them. Put the distances on the two nails furthest from the boss and the melee on the two nails closest to Ifrit. Use transcendence if you are a bit light on dps.
Ifrit goes to phase 3 at 30%. You will have to watch out for the Radiant Plume that it now casts all over the room. It casts the rash much more regularly also and it charges 3 times.

Good luck ! Please let us know how the fight went for you.

After studying the strategy of the Chimera, Zuh and his free company tackled the primordial Ifrit in detail. This seemingly straightforward fight ultimately hides a five-phase cyclic script closely resembling the primordial Titan. The phases being determined by a percentage of life, Ifrit always goes through a cycle of attacks and then uses an end technique at any point in the cycle. This technique is often accompanied by a message. To better understand these phases, here is the diagram: 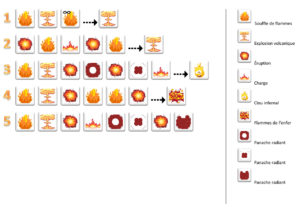 If you have any doubts about the cycle, here is the proof in pictures.

Zuh, browsing the world of Eorzea with a fresh eye, prepares other videos of the same kind for the following bosses.