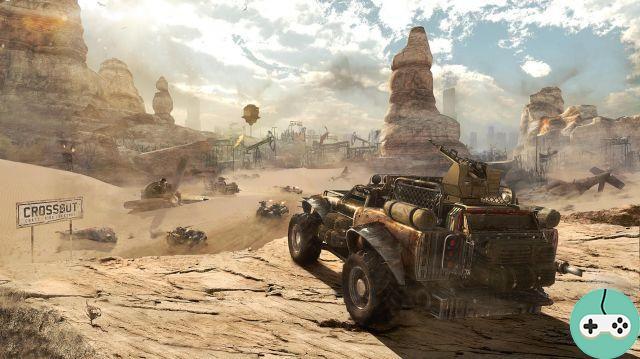 On this day, the suspense is lifted: Crossout will be officially launched on May 30 on PC (in open beta), PlayStation 4 and Xbox One. After a closed beta that only lasted two months, Gaijin's multiplayer game offers action from its catchphrase, promising to be able to "Craft - Ride - Destroy", or for those allergic to English " Build - Drive - Destroy ”(even if that sounds a lot worse!).

Thanks to a pack very generously given by the studio, I was able to play last week and discover the game. Once my account is created and the game installed, the graphics on the home panel are reminiscent of me Mad Max. Moreover, everything is there to appeal to this universe, from the mention of wasteland to DIY cars engaged in violent fights ... 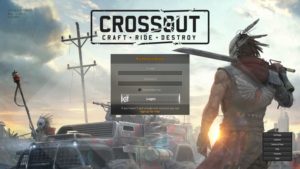 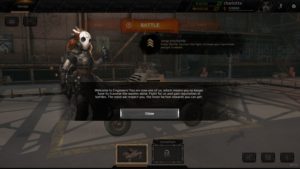 I don't have much choice at the moment and, surprised to have no tutorial to familiarize myself with the game, I launch my first mission which will allow me to potentially have a machine gun. So I find myself directly in PvP in teams of eight players for a mini-game at the frenzied pace of 2 to 3 minutes. Although I use the base car offered, it is quite fast and efficient. The orders are simple once the keyboard has been changed to an American keyboard (because yes, oddly enough, it seems possible to change the keys assigned to the controller, but I have not found how to do it for the keyboard) and are practically limited to the direction keys ( WASQ) and the mouse to shoot. And even there, having only one type of weapon, so I only have the left click. 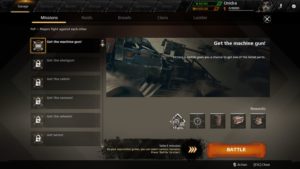 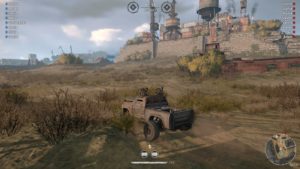 As you can see from the in-game capture to the right, the information on the screen is limited. Two things are particularly important:

Well, of course, you also have to look at the mini map at the bottom right to see where the enemies are. Note that we only have one life, any death is final and the reappearance will wait for the next game. A spectator mode allows you to keep busy watching the rest of the game from the point of view of other players, which is never very long since all the games are very short. 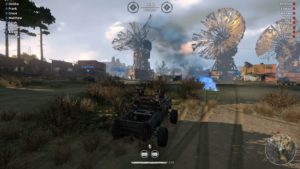 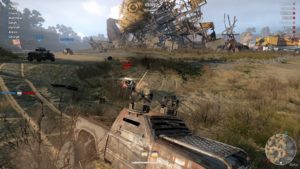 Victory arrives, embellished with a scoreboard (I admit, the first was not as advantageous, this one comes from a next part, just not to sound like a jug). 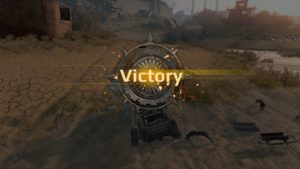 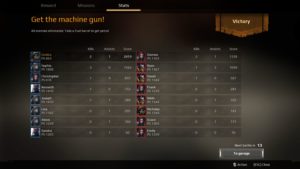 Each game rewardssilver, de experience points, advancing the account, and equipment, because, remember, in the catchphrase, there is also “build”. From the garage, the vehicles are changeable, a combination of large elements to combine as desired. There is thus the structure, the wheels, the weapons, the decorations ... The more elements it has, the higher the vehicle's score, a prerequisite for certain modes. 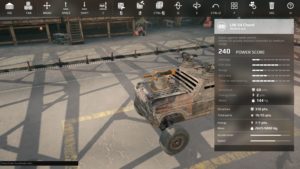 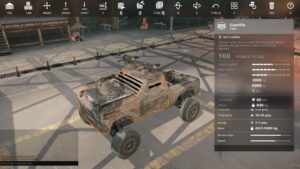 All these items are either won during games (and suddenly stored in the inventory) or to buy at the market. 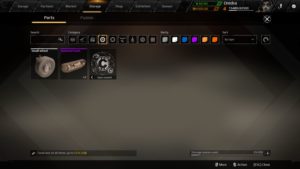 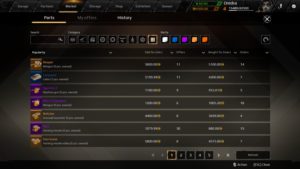 For players who are not born builders, blueprints are shared by players and redeemable for free. Of course, in order to be able to build the vehicle, you need the corresponding parts. In any case, this gives a good idea of ​​the possibilities of the creation engine: 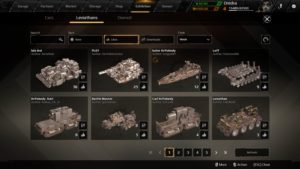 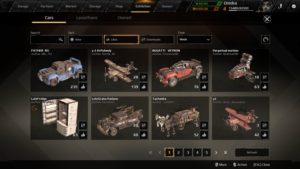 On the mission side, as the account level progresses, but also vehicle points, I access more types of content, others PvP missionsbut also raids JcE (short 3- or 4-player missions against other cars controlled by the computer with objectives), melee (small and varied activities such as races), raid battles (the equivalent of guilds, in 4v4 player PvP) and a ranking (Ranked PvP Battles from level 10). All these activities are used to climb the seasonal tasks, divided into three difficulties (easy, normal and difficult), with various rewards (scrap or crates of various qualities). 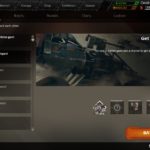 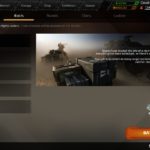 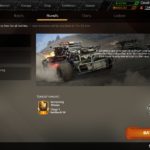 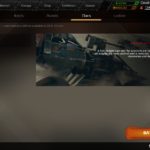 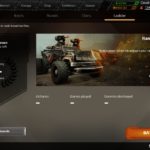 Finally, the last interesting element of the game, the factions. These are reputations giving access to schematics (of vehicles and objects) as well as parts of vehicles. Only the initial Engineers faction is initially accessible. You have to go up to level 10 there to unlock the other three, Lunatics, Nomads and Recuperators. 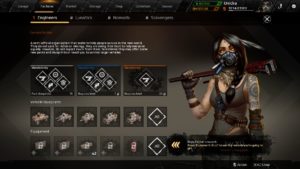 Let's be honest, I wasn't expecting much from this game, fearing an ultimate copy of so many vehicle fighting games on the market today. So yes, for sure, there is déjà vu on many aspects (modes, over-armed vehicles ...) and I tested other games where the customization was more advanced (going as far as stacking large pixels of different shapes and not as here already created and textured components). But Crossout offers astonishing short and dynamic fights, carried by pleasant graphics and lively music. Suddenly, I chained lots of mini-games with enthusiasm, because losing is not so serious, it is only a few minutes wasted, very quickly followed by victories. Now that the game is in open beta, feel free to give it a try and make up your own mind, you might be surprised!

Block'hood - Build to the heights ❯