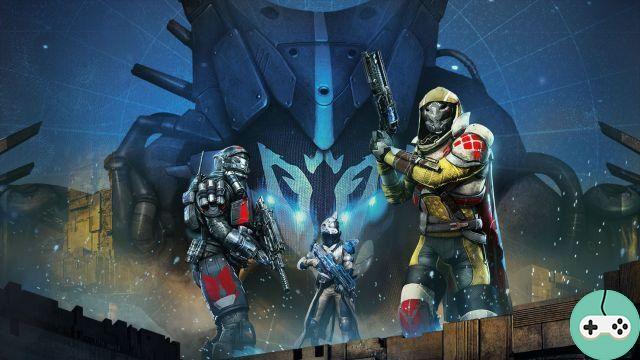 I recently told you about the release of the prologue for Destiny's next DLC, "House of Wolves". After having examined the video in detail, I had the idea to offer you my analysis and thus to share with you some details that you might have missed during your viewing. 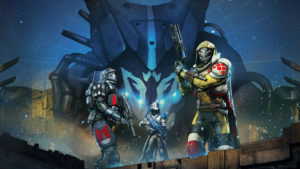 The prologue therefore opens with a snowy environment offering, in the light of lightning, a few mountains in the background. We can also see lights on the left, probably produced by a group of Fallen scouts. Following this, a banner appears on the screen, which presents the logo of the House of Wolves, which I will talk about in more detail in the rest of this analysis.

Here are photos showing the banner in the prologue and in one of the areas of the game: 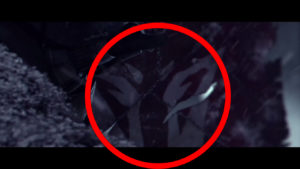 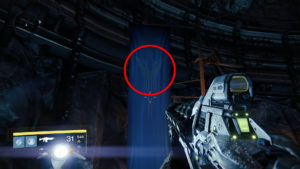 Subsequently we see a Fallen up, so it is most certainly a Vandal or a Captain of the House of Wolves knowing that the House banner is shown a few seconds before.

Let's focus on the audio content of this footage first. The Queen of the Awakened who happens to be the narrator of the prologue says this: "When the Fallen tried to destroy us ... I protected the Reef. All ended up submitting in front of me."The Queen here refers to the long conflict between the Fallen and the Awakened for control of the Reef, and which she ended by killing and then taking the place of the Kall of the Fallen House of the Wolves, who were fighting to take possession of the Reef. Reef This also explains the second sentence stated, because indeed the Fallen, having no more Kall, had no other choice but to bow to the will of the Queen of the Awakened.

Regarding the image now, we can see a camera movement from the Vandal / Captain towards a Servant (which is very impressive by the way), then we have a global vision where we can see the entire Fallen group. And the second sequence ends on this image. 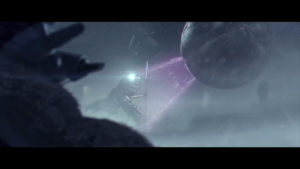 Lots of information both in terms of visual and audio content. Let's start with the video content. First of all, we can see quite a few dead soldiers who likely sacrificed themselves to protect the Queen in an attempt to eliminate her. We can also recognize the place of the action which happens to be the gateway to the throne of it (see photo below).

We continue to progress towards the throne following the corpses of the Technosibylles (Guards), then we end up arriving at the foot of the narrator of this prologue whose identity is revealed to us later when we have a view of the face of the Queen. as well as her brother who is slightly removed from her. We can also notice the character's anger in the expression of his face which is usually more neutral.

Now on to the audio content that brings us new information about the storyline for the next DLC, here's what is said during the sequence: "We spared them ... and offered them a home among the Awakened. To thank us ... they betrayed us. Now they are going to take my wrath."The first sentence here echoes the defeat of the Fallen, as a result of which the Queen took them into her service, instead of totally exterminating them. The second as well as the third sentence are quite clear. However, through these , we can see that the Fallen betrayed the Awakened and therefore will be enemies of this new DLC, which at the same time ends the rumor that the Queen's brother is a traitor. that we could take away from this sequence. 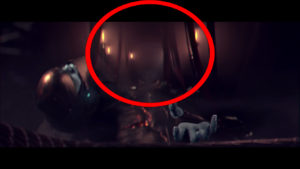 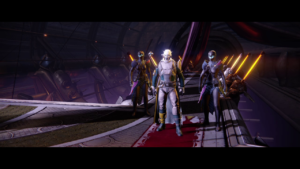 First of all from the video point of view, we return to the Fallen seen at the beginning of the trailer, this time we notice that the Fallen one we saw at the beginning is a Captain, in particular thanks to the wearing of a characteristic Lance-Shrapnel Rifle. of this type of enemies. We can also wonder if he will not be a key character of the expansion, because he is quite present and that he is the last enemy seen, as was Crota in the prologue of the first DLC. .

From an audio point of view, we mean this: "Open the Reef to the Guardians. Our riches will reward them for the head of these traitors. Let the hunt begin."The first sentence is quite clear since the Queen orders the opening of the Reef to the Guardians, which was until then closed to all visitors. This sentence could also confirm the presence of a new social zone on the Reef, which we could find. 'elsewhere already see in the launch trailer of the game. The second sentence indicates that there will be not one, but several enemies to hunt down, which represents a greater challenge. Moreover, in the prologue in English the term "Bounty"is used which could refer to the Queen's Ire contracts which were available at the start of the game and which could therefore make their comebacks with the DLC. The presence of the plural concerning the enemies therefore implies the presence of several Bosses and not just one as in the previous DLC which could therefore refer to the new Arena mode which will replace Raids for this expansion.

And so it is by telling us the release date of the DLC that the prologue ends, which at the same time concludes our analysis of it. If you have any questions or comments, please share them in the comments. And let the Hunt begin!

Add a comment from Destiny: House of Wolves - Prologue Analysis