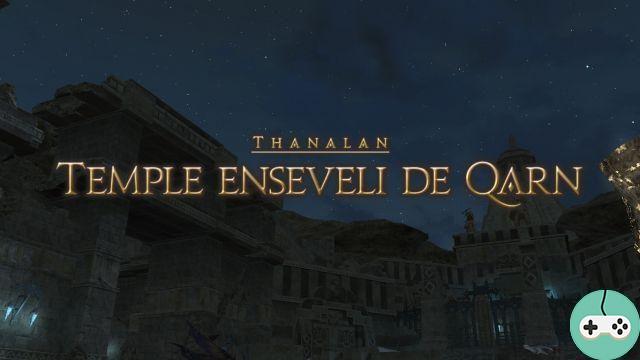 Do you have a weakness for exploring ruined temples? This dungeon is for you! 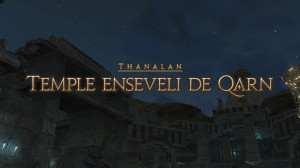 Instance of level 35, the Temple of Qarn is accessible via a super simple quest at Vespers Bay (Thanalan, Northwest of Horizon) and will require you to have your brain a little more connected than usual. 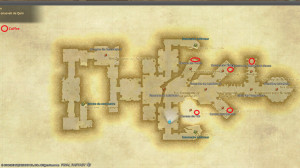 Map of the area

At the start of the proceeding, review the symbols on the altar and remember the order: you will need it at the end of the dungeon.

Go down the stairs and go forward while eliminating the first enemies encountered. Arrived at the threshold of a room, you will have two enemies that require a little attention: 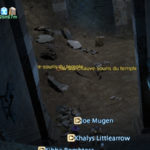 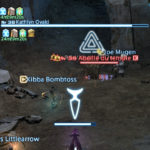 Keep moving forward until you get to the first boss: Teratotaurus. It has an area effect attack that takes the whole room. In order not to succumb, you must stand on one of the slabs on the ground that lights up. 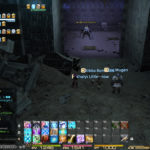 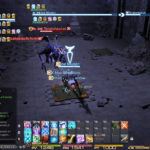 With the creature defeated, you can move on. You will face named enemies "Avoirdupois". These monsters must be killed on a slab so that their weight activates the opening mechanism of the doors. 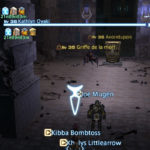 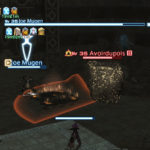 Do not worry if you kill him while he is in the wrong place: a new enemy will appear. As you get deeper into the heart of the temple, you'll have important items to collect: statuettes. 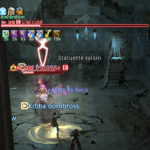 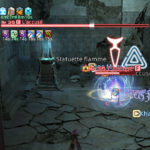 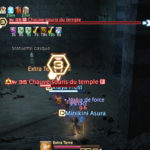 After having collected statuettes, made fun with "Avoirdupois", it is time to face the second boss : the Guardian of the Temple and his Soul Stone. 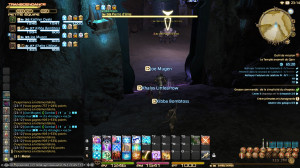 Start by targeting the soul stone : as long as it is not destroyed there is no point inflicting damage on the guardian. With the stone gone, you have a short time before a new stone appears to attack the guardian.

As for special attacks, the Guardian likes to randomly slap a member of the group, inflicting him dizziness. It also has area effect attacks.

You manage to go up into the open air. In this area are several vaults that open thanks to the statuettes you have picked up. Observe the shape of the symbol to insert and you will easily find which is the right statuette. These rooms contain coffers. 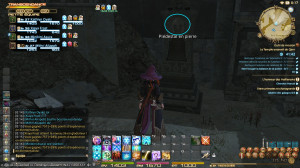 We continue to advance ... You arrive in front of the scales of justice. Remember at the beginning of the instance: the order of the objects was given to you: the fire on the left, the grape on the right:

A door opens to the left revealing a beautiful herd of coffers.

With your pockets full, enter the last room to face the final boss: Adjucator 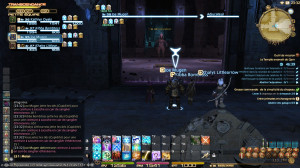 The boss in itself is not dangerous, everything that happens around it is. Your DPS will have work! First there are the Jurors who appear and must be killed on the slabs.

Then there are the Sceptres de mithril which must be eliminated quickly. They erect a rectangular area around them where your DPS will have to enter quickly to keep hitting the scepter. It is impossible to interact with those in the scepter area if you are outside. 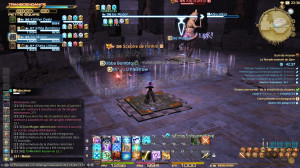 These scepters also charge a powerful blue ray which reaches all those who are in its path. Move quickly if you are on this line! Be very careful because more and more scepters will appear and the lasers that go with them. You have to be very fast to kill them but also to avoid the rays.