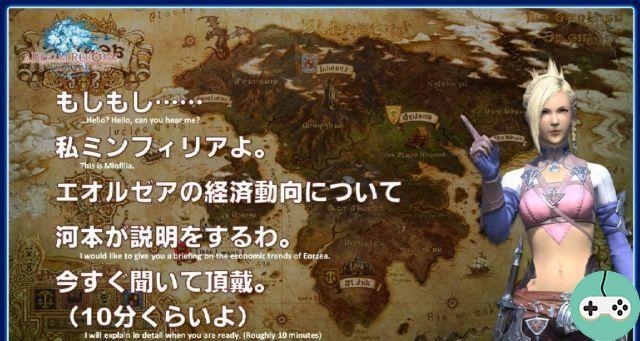 This sixteenth letter addressed various popular topics such as the Front and the Hunt through a small report on the current economy. Nobuaki Komoto, project manager was the guest of this show. Unfortunately this time, it will be necessary to be satisfied with the official report which I summarize for you, not having found any translation live. Thanks to Jul for the screenshots!

I give you the full answer in order to miss nothing:

“We have received a lot of feedback regarding the normal mode progression sharing for the Meanders of Bahamut as well as the Brutal mode for the latter. We are currently discussing whether to keep the flag sharing or split them.
That's why we would like to hear your feedback on this. According to the comments, I think it would be nice to separate them and make it possible to compete against them at any time. As for the brutal mode for the Bahamut Labyritnhe, if we wanted to implement it, it would probably be at the same time as these adjustments. "

The end of Bahamut is scheduled for 2.4.

We got a glimpse of the quests featuring the Ixalis 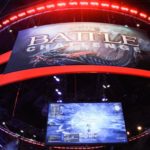 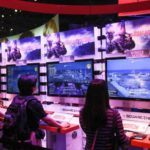 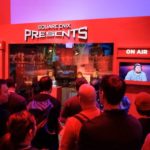 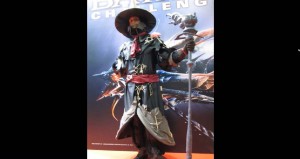 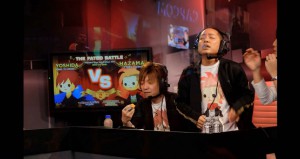 As expected, Nobuaki Komoto is present and did not come empty-handed. He brought us a video of the Ninja.

Komoto explains his role within the team: he oversees all over the place, is responsible for daily meetings dealing with GM call feedback and forum discussions. These meetings study all of its data and provide solutions to the problems raised.
Finally, he keeps an eye on the economy worlds and if there is a concern, he studies it and sees how it can be fixed.

Combat content is determined by the estimated percentage of players who can successfully complete that content after release, with their current job level. 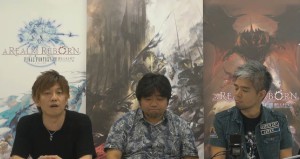 It has happened that the project manager is wrong in his forecasts: for update 2.0 he had misjudged the difficulty of obtaining gils and apologizes for it.

He then tells us that the developers are working on the system. eternal bond. The latter should be available for 2.4 or 2.4.x.

Before joining Yoshi-P, he was working on FFXI where he did the same job. He therefore already had solid experience before embarking on the ARR adventure. At the start of the project he preferred to decide to start from scratch rather than trying to tinker with V1.

In terms of influence, he declares to be a fan of Hiroyu Sonobe (Derby Stallion, Best Play Pro Baseball) and to have played a lot of FF on SNES. It was at this time that he joined Square Enix to work there. 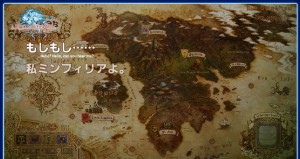 Komoto now discusses current economic trends in Eorzea. He dissects what the players earn, where, when, how. 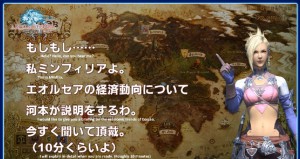 Prior to Update 2.3, gil gain was mostly from monster loot, Daily Mission Tool bonuses, and Bestiary. After update 2.3 we note that the "mission tool" part decreases slightly and that the money obtained in quest rewards goes from 4.9% to 18,4%. 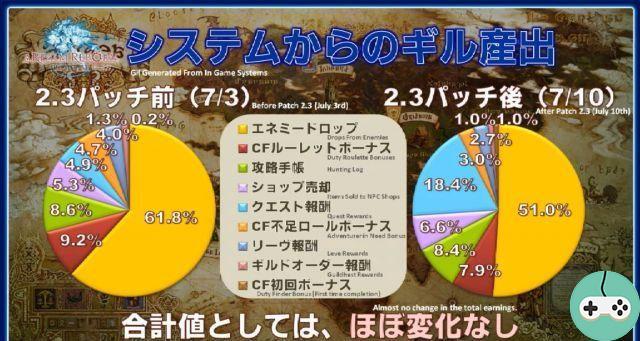 Let's take a look at where adventurers spend their money. First of all, they buy loot from enemies, land for their free company and the payment of taxes from the trading district. Next comes the purchase in various stores and teleportations. 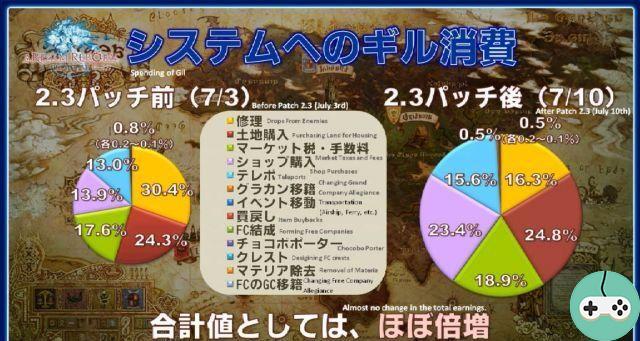 And from the NPCs, what did we buy?
Before patch 2.3, we mostly bought dark V materials to then repair our equipment and the bombo swing horn which is the mount of the same name. We then find two other mounts also from daily quests. After the update, we ran into the chocobo stables and seeds. 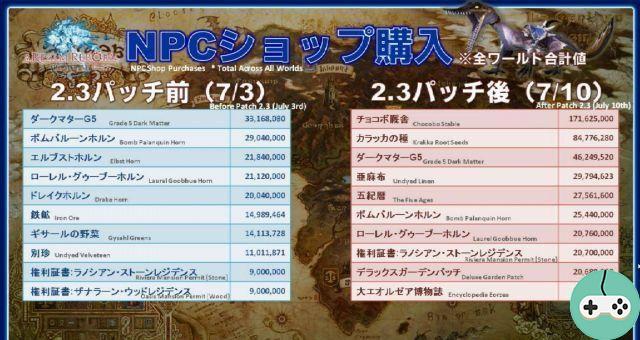 As of July 15, 2014, 80 private rooms have been sold for all people combined. At 000 Gils per unit, that makes gil withdrawn from the economy! 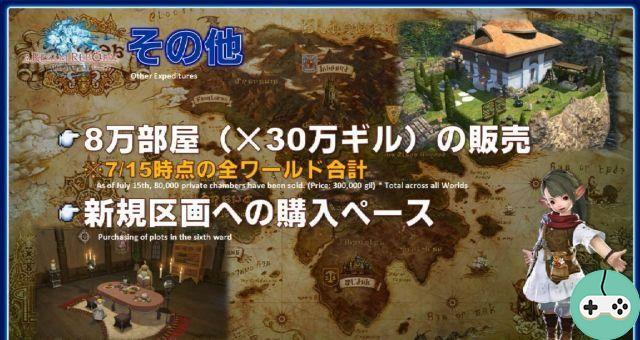 Oh, it seems that soon we will want to spend our gils elsewhere ... 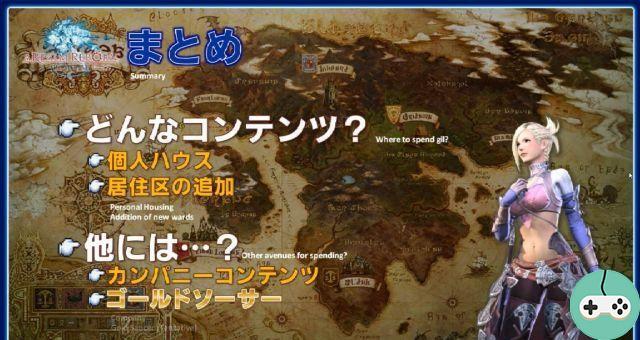 1 year is worth celebrating!

ARR will soon be celebrating its first candle! An opportunity not to be missed to party. A 14 p.m. live is scheduled, as well as the return of events featuring DQX, FFXI and Lightning. 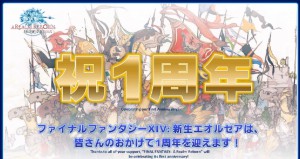 A video competition will be organized on the theme of ARR's first anniversary. An in-game event will also be part of the game with the challenge of creating a character who will appear on Eorzea.

At the Tokyo Game Show, which will take place on September 20 and 21, a second Cactuar lottery will be organized. 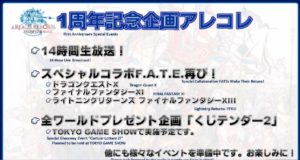 Before TGS, there will of course be Gamescom from August 13th to 17th. 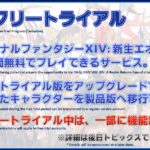 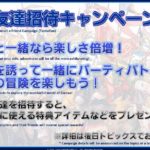 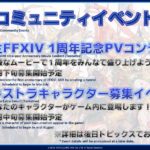 SWTOR - On Drew's side ❯

Add a comment from FFXIV - Report of the XVIth Live Letter