The dungeon Halatali is located in the Thanalan Oriental and it is accessible from 20 level. Unlike Sastasha, Tam-Tara and Clochecopivre, Halatali is not related to epic, you will therefore have to unlock its access yourself. To do so, you must first complete the other three dungeons I mentioned earlier, and complete the story quest that leads you to meet Mutamix. This done, meet in front of the Sand refuge Western Thanalan, where you will spot an NPC named Nedrick Ironheart, which will give you the quest allowing you to access Halatali.

First, here is the dungeon map, with the location of coffers and boss. 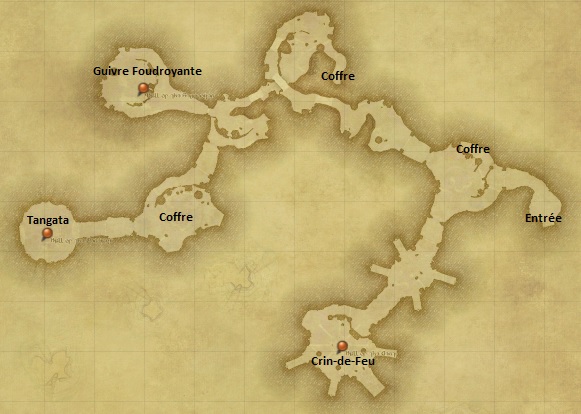 To open the portals allowing you to access the boss rooms, you must activate on your way Chain hoists, which randomly show monsters or a chest once activated. 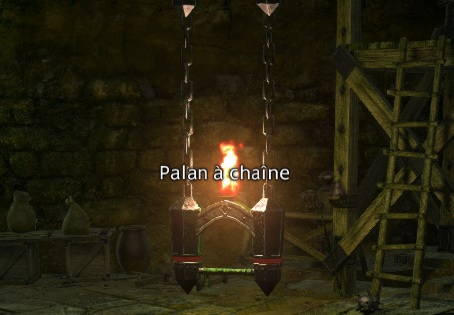 Last detail, pay attention to the last chest, when you approach it, a Peiste appears and attacks you! 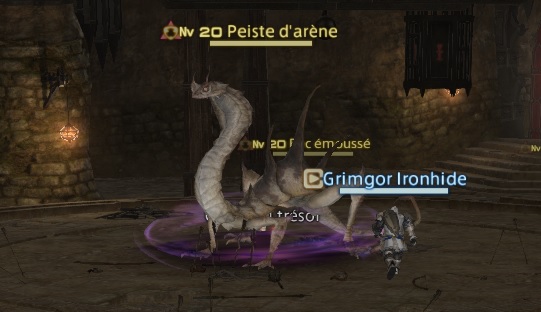 This boss is pretty straightforward and doesn't do a lot of damage on its own. What to beware of are flammèches  that appear in the recesses of the room once the boss's life bar has been sufficiently lowered. If these flames reach the fireplace in the middle of the room, they explode and inflict area damage to all group members. We must therefore attack these sparks and prevent them from reaching the home in the middle of the room, which is relatively easy because they have very little health. 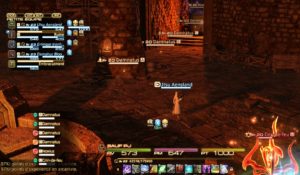 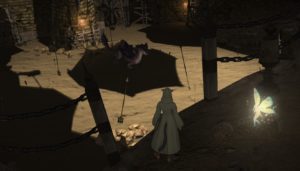 A slightly more difficult boss. Start by attacking it normally, paying attention to its souffle, until the water in which the boss is located begins to glasses. 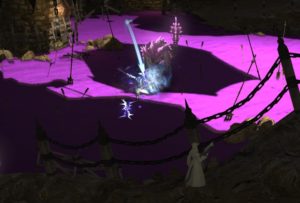 You must not stay in the water when this happens, otherwise you will suffer significant damage. During this phase, the boss is invulnerable, so join the edges of the false, and face the two waves of lightning elementals that appear and come to attack you. Also beware of the Wurm, which throws an electric ball in zone on the group every now and then, be responsive when you see the circle appear. The boss becomes attackable again once the elementals are defeated, and makes appear two people new wave a little later in the fight, repeat the strategy and come out of the fight triumphant!

The last boss mixes the strategies of the previous two. Indeed, it becomes invulnerable during the fight and surrounds himself with a lava circle dealing damage to anyone who stays there. Of flammèches appear in corners of the room, exploding if they reach Tangata. You also have to deal with fire elementals, which you must kill if you want to be able to attack the boss again. 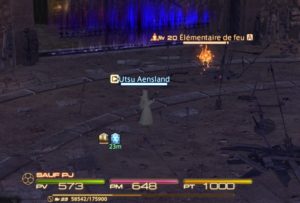 Also pay attention to fireballs that the boss will throw from time to time. Repeat the strategy several times, paying close attention to keep the boss away from the flames if you can't kill them fast enough. Of course, don't forget your Transcendence to get you out of a difficult situation! 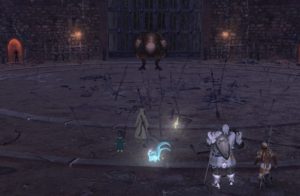 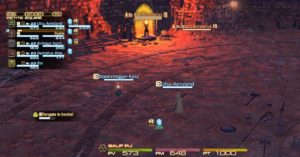 Congratulations, you have just completed the Halatali Coliseum!