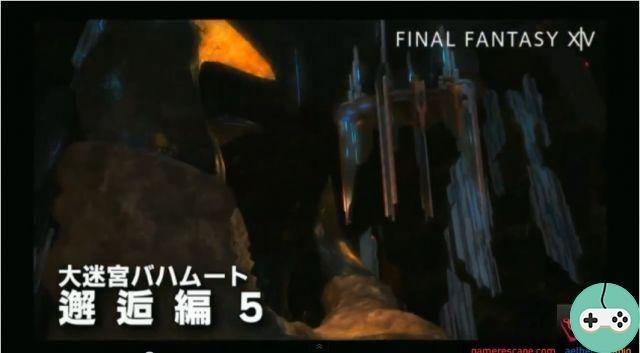 La update which took place this morning was intended to correct several bugs taking place in the Bahamut Maze.

In a post this morning, Yoshida reviews the behavior of Gemellia, its various attacks, as well as on Hygeia. The latter, for example, remained alive even after being killed. This bug has been fixed.

Yoshi, on the Labyrinth of Bahamut V

This is Naoki Yoshida, producer / director of FFXIV: ARR.

I would like to give you some explanations about the 5th floor of the Bahamut Labyrinth, in particular the maintenance that we will be doing today and the adjustments that will be made on this occasion ...

But, before that, I would like to announce to you that valiant adventurers of the Excalibur World officially succeeded in conquering this dungeon on October 26th (Pacific time)!

I would like to congratulate this team wholeheartedly.
"Congrats!!"

We apologize for any inconvenience caused by the maintenance required to resolve these issues and the adjustments that accompany them.
We look forward to learning from the problems that have arisen in the Bahamut Labyrinth for our future updates and bringing you all even more exciting dungeons and other gameplay elements.

I hope you continue to enjoy playing FINAL FANTASY XIV: A Realm Reborn.

"BG are Pride of West


Do you want to be up to date and know all the tricks for your video games? In gamesmanagers.com we enjoy playing as much as you do and for that reason we offer you the best tricks, secrets or tips for you to play non-stop. We offer you quality content and always updated to keep you up to date. That's why, in our website, you will find not only videogame guides but also tricks, secrets and thousands of tips so you can play to the limit. Are you ready to get it? Enter now and enjoy your videogame!
PVF - Imperial Dark Keibatsu Cruiser ❯

Add a comment from FFXIV - Update 30/10: Labyrinth of Bahamut