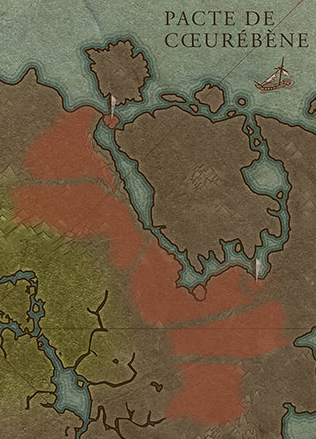 After Aldmeri area, we had to talk about the Pact, and he too has five regions, a starting island and a small piece of land for low level characters arriving from there. 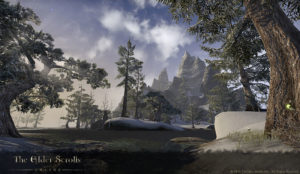 This island is an outpost of Pact whose mission is to identify possible invasions by sea, but it is also an excellent commercial hub since it is located between Skyrim, Solstheim and Vvardenfell.

The young recruits of the Ebonheart Pact are formed on this pebble of ice. 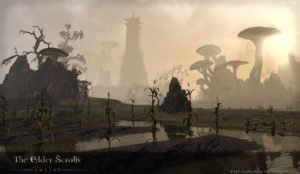 This small piece of land has a port to reach theBleackrock Island.

Once their training is complete, recruits arrive at Bal Foyen which adjoins the region of Scree, to explore the vast lands of Morrowind.

[dropcap] E [/ dropcap] n starting with the north of Pact  the first region that comes is Estemarche, region at the very least emblematic for the Nordics since Vendheaume is one of the largest and oldest towns in Bordeciel, built by Abroad during'Merethic era in homage to his son and the hardships humans went through to settle in the region. 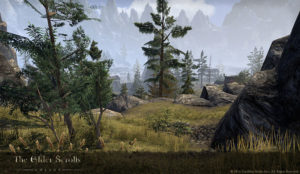 She is from a style Atmoran and was built by elven slaves. The long bridge was to inspire fear and respect in the latter.

The city is to the north of the region, to the south are mineral swamps and geysers.

[dropcap] C [/ dropcap] Certainly the most important region militarily and commercially for the Pact, it allows direct access to Cyrodiil by jerall mountains in the direction of Fog, and it is the only land access to reach Morrowind if we come from Bordeciel. 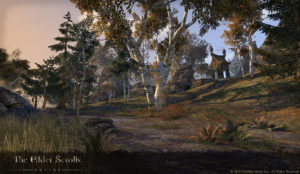 All The breach is located on a plateau about twenty meters above Estemarche, the region is more wooded and the climate is milder than in other regions Nordic.

Faillaise and the main city of The breach, it is located in the south, in the autumn forest and straddling the Honrich lake.

The city is an important commercial center given its proximity to Cyrodiil et Morrowind.

[Dropcap] P [/ dropcap] Artis nord-ouest de Morrowind if we do not take into account Vvardenfell, The Screes are a volcanic region permanently covered with ash brought by the Velothi mountains and the great mountain of ash. 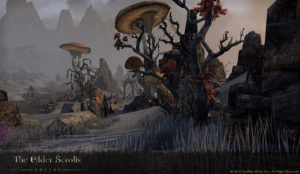 Ebonyheart, ancestral city of Morrowind is located in the south-east of the region, it is there that the Pact of the same name between the three Nordic peoples, Dunmer and Argonians would have emerged.

[dropcap] A [/ dropcap] south of Morrowind and straddling the Black swamp, Deshaan is undoubtedly the most fertile region of Dunmers. 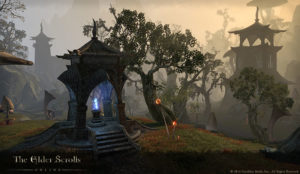 Longsanglot, capital of Morrowind stands on this lush and exotic region, and the Tribunal sits there.

Besides being the capital of Morrowind, she is also the one of the Pact et  High King Jorunn presides over it the Great Moot. 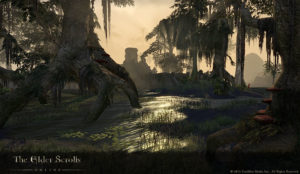 As with all Black swamp this region is a vast jungle with dense vegetation reminiscent of the mangrove.

In this region is an ancient town called Fort Storm, and we also note the presence of hatching pond in the swamp itself.

Only a third of Ebonheart Pact will be visitable at the launch of the game, which leaves us still a lot of wild and arid lands to visit in the next additional content.

More than half of Bordeciel and Black swamp as well as the east of Morrowind and all Vvardenfell will be to discover or rediscover in future updates of The Elder Scrolls Online.


Do you want to be up to date and know all the tricks for your video games? In gamesmanagers.com we enjoy playing as much as you do and for that reason we offer you the best tricks, secrets or tips for you to play non-stop. We offer you quality content and always updated to keep you up to date. That's why, in our website, you will find not only videogame guides but also tricks, secrets and thousands of tips so you can play to the limit. Are you ready to get it? Enter now and enjoy your videogame!
SWTOR - Cross the saber with the devs ❯

Add a comment from ESO - The Ebonheart Pact Backpacker