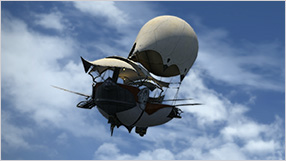 Éorzea is a huge world to explore! The official Final Fantasy XIV: A Realm Reborn website now has a dedicated transportation page.

Teleportation, chocobos and other mounts, aircraft, ferries, everything is reviewed!

Flying ships built using the latest techniques from Garlemald's Empire, aircraft are the little miracles of the Eorzean sky. The aircraft of the free cities manage to take off thanks to one of these two systems: large leather and fabric balloons filled with gas lighter than air, or magitek wings which beat in rhythm thanks to powerful engines. with ceruleum. Nonetheless, despite their possible technological similarities, Eorzea's aircraft are easily recognizable compared to Garlemald's enormous and sinister ships, armored monsters designed to wreak havoc.

Since the airline Vols Hautvent, founded by the famous adventurer and wealthy businessman Tatalano, introduced regular flights to connect city-states, the use of aircraft as a means of transport has tended to increase. generalize. However, only a few aircraft are allowed to take off at any time. The Garlemaldese Empire is always vigilant, ready to shoot on sight the first enemy ship it spots.

You will not have immediate access to the aircraft. You will have to prove yourself as an adventurer so that we can trust you and allow you to embark. Access will unlock at level 15. 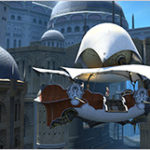 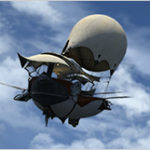 Connecting the maritime city-state of Limsa Lominsa and Vespers Bay, the ferry allows adventurers to travel freely between Vylbrand and the mainland for a low price.

Local smugglers can also lend their boats to those who want to travel shorter distances.

These boats are accessible to you at all times. You will find them in several places such as Limsa Lominsa, Gridania to reach the Eastern Forest, or in a makeshift Qiqirn camp in La Noscéa. Some NPCs will ask you for a small fee in exchange for the trip. 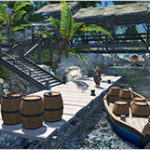 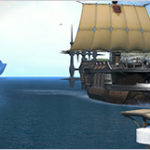 Known for their mask representing the chocobo, the grooms are found in many outposts in Eorzea and offer adventurers the services of their relay chocobos.

Travel quickly and safely by riding one of their specially trained chocobos to one of the nearby stables. These chocobos know all the routes to your destinations, so all you have to do is relax to take in the scenery and let these reliable steeds take care of the rest.

These relays are located in many camps and allow a fairly quick trip for a small sum. When you ride a Relay Chocobo you cannot steer it on your own. The journey is made automatically unlike chocobos rented in the City States.
Don't forget to talk to each Groom you come across in order to unlock the destinations. You will not be able to use this function otherwise. 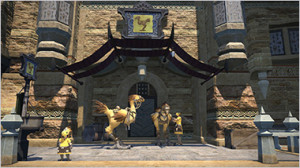 These massive crystals are found throughout Eorzea and allow adventurers to travel great distances in an instant. When you first attune with an Aetherite, you learn the Repatriation and Teleportation spells, which are required to use this system. For adventurers always on the move, matching up with a maximum of Etherites allows for quick transport to almost any destination.

Le repatriation is free but has a 15min recharge time. When you fall unconscious you will be offered to repatriate too.

The teleportations are chargeable and their prayers vary. You can add etherites as favorites to reduce this cost by right clicking on it.

Each city state also has a ethereal urban transport network. They are "mini aetherites" allowing you to teleport for free to different places in a city. When you have discovered the entire network of a city, new choices will be unlocked: they allow you to teleport to any exit of the City State. 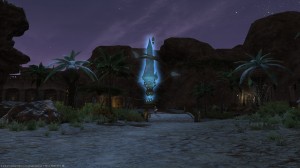 The chocobos are not the only possible mounts. Some would be unlockable via quests, the Coeurl mount is offered for players with a collector's version, and veteran rewards (subscription) will also offer them. 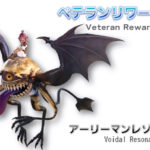 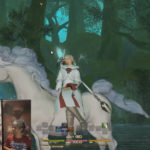 SimCity - How It Works: Lot Size