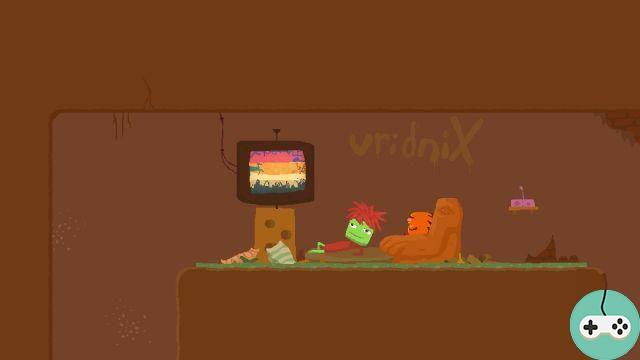 Just to be able to tell you a little more about it in detail, we had the opportunity to test a demo, about twenty minutes of play. This game is the result of the hard work of two game designers over 18 months: Greg and Jonrod. 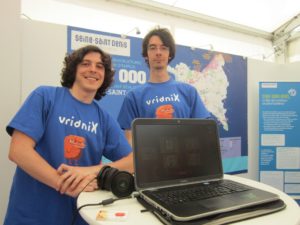 So we play a kind of not very smart chicken who wants to prove to the world that he is more talented than all the others. As aliens come to threaten his planet, he decides to take matters into his own hands and save them all. Bad luck, it does not go as planned. You will see for yourself. 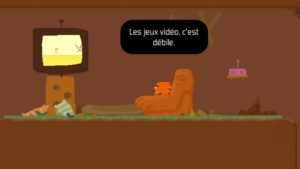 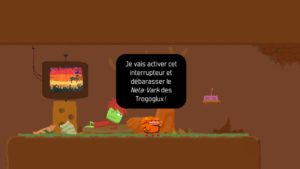 The character goes straight ahead until he meets an obstacle. It then immediately sets off in the other direction. He can jump (Space key), and thus cling to the ceilings with his tongue (sometimes). By jumping between two walls, he can also climb (by jumping a blow to the right, then a blow to the left). By pressing a key on the keyboard, it is also possible to change direction. 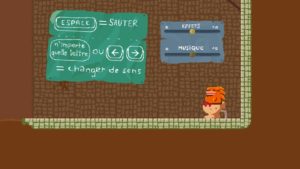 Of course, it would be too simple if it stopped there. There are pitfalls in the levels. The most harmless, although annoying, are walking characters. This leads to collisions, therefore changes in meaning. Then there are children who want to play and flowers which are mean to our hero because it resets the level. A little later, our hero is followed by a big bad monster! 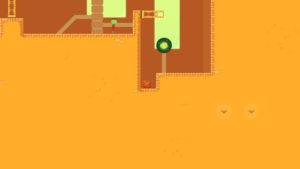 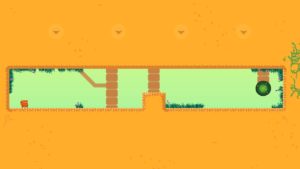 The goal each time is to reach the final portal (which you can see above, the spinning green thing). As you have to have a little more fun, in the game, gravity can change! Here and there in most paintings there are small vortices which, when activated by passing over them, change the orientation of the scene by 90 ° counterclockwise. 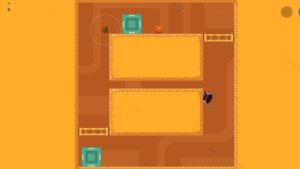 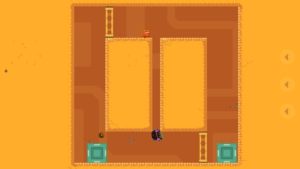 At any time, it is possible to escape to return to the room thanks to the Escape key where there is the famous television so adored by our hero and his friend squatter. This is a fun way to pause the game. 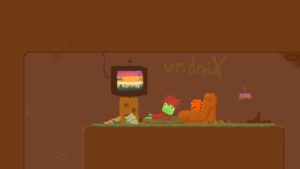 Friendly, vridniX is a promising little puzzle. The demo offers something already well done although the graphics could be improved. The idea of ​​the character who changes direction with each collision is good, even if the grip is not necessarily obvious at the beginning, the guy having suddenly a little tendency to run too fast to control things well. Nothing that cannot be fixed between now and launch when we know that this is only a demo for the moment!

If you want to know more about this project, or even possibly donate money for these inventive developers, head to Kickstarter!