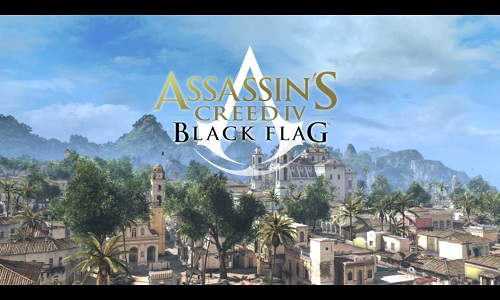 For those who do not know (does it exist?), Assassin's Creed games take place in contemporary times. In the first 3 episodes, we play Desmond Miles who, forced by the Abstergo company, must relive the genetic memory of his ancestors in order to locate an artifact hidden by his ancestors thanks to a machine called the animus. 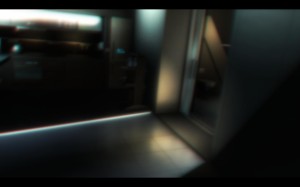 Alala! The animus and its side effects.

In this fourth episode, we take on the role of an average character who works for Abstergo and studies the memories of Desmond Miles. Abstergo seems particularly interested in the life of Edward Kenway. These phases of the game take place in first person which is a first for the series. In contemporary times, you are employed to work on a particular genetic memory sequence. But very quickly, you will realize that there is something else going on in Abstergo's premises and you are called upon to steal data and sneak it out of the buildings.

In terms of gameplay, Black Flag has not changed which, in itself, is a bit of a shame because it dates from the first opus of 2007 (PS3). Granted, that wouldn't be a big deal in the event that it was flawless, but it is, in my opinion at least, not. The free run mode is still poorly optimized and we sometimes find ourselves jumping on an object far from our camera. The game's AI is on the weak side: the guards are not attentive and they often take a long time to detect you. 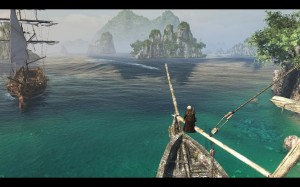 Graphically, the game is and remains very beautiful. You will have no trouble immersing yourself in the piracy theme of the game. The sound environment is also particularly successful, whether it is the sound effects or the music. And sometimes we'll have a hard time getting off our boat, if only to continue listening to our crew singing. 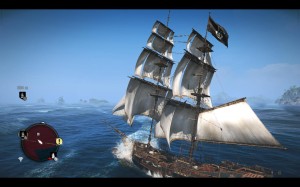 Let's talk about the scenario now. My feelings are quite mixed. After the previous games, we expected a lot more than what the game offers us and this is not the case. On the other hand, if we take the time to explore during the phases outside the animus, we have a lot of potential openings and many clues as to what could be next. 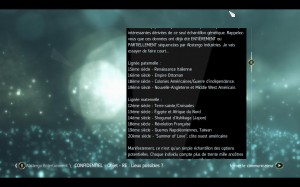 On the other hand, chances are that the struggle between Assassins and Templars of our time will not advance much because we no longer play Desmond. This episode is a bit like a calm before the storm, especially when you understand what Abstergo is looking for in Kenway's life ...

The game is a bit double-sided. On the one hand, we have our murderous scenario and on the other, a pirate's life stretching out its arms to us. Even if this killer facet is a little disappointing, the piracy part is more than satisfactory. Indeed, we quickly acquire our boat which leaves us complete freedom of movement. And it is with great pleasure that we discover the secondary activities. This should add a lot of life to the game. 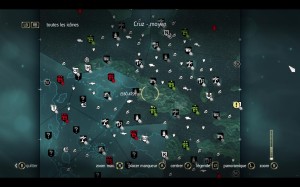 Really a lot to do!

We find a manufacturing system that allows us to improve our armor and our containers. The components are found on animals so two solutions are available to us: either you are rich and you buy everything you need. Either you go on an adventure by looking for the jaguar skins and other creatures inhabiting the place. We find here the system that made its appearance in Assassin's Creed 3 with a little extra for hunting larger game such as whales that require you to get off the boat and track the prey with the rowboat and armed with harpoons.

As you progress through the scenario, you will also have the possibility to unlock the bell to explore the seabed, secondary but essential if you want to see your boat improved to the maximum. It is indeed often by diving that you will find the necessary diagrams for the last level of improvement. 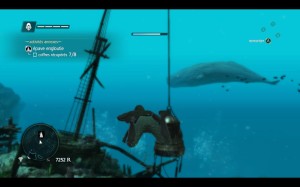 The seas are vast and it is often difficult to find what you are looking for. But there is a solution for that: getting strong. Taking a fort reveals everything around us: chest, undiscovered island and others. This setting is done in two stages: 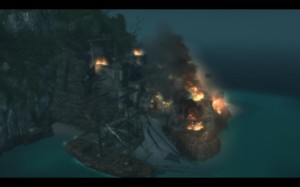 Obviously this does not happen without damage.

The game uses "online" functions quite well. For the more competitive among you, the game displays a ranking from time to time during the loading screens. But the most interesting are the events at sea. Indeed, if you find a royal convoy or a place to harpoon the whale, the game shares this community event with your friends, thus revealing to them the position on the map. And of course, the reverse also works: all your friends' discoveries appear on your map. Note, however, that these events are time-limited. 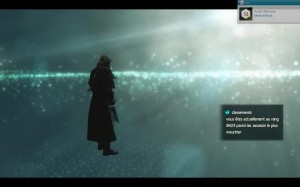 For the bravest among you, there is one hell of a challenge in the world of Assassin's Creed: legendary ships! Taking a fort reveals them to you on the map, but beware! The battle will not be easy. 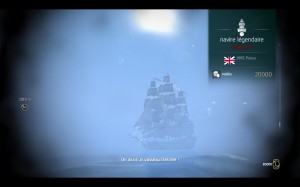 Here ! I think I touched on the most important points. The bottom line: It's an average Assassin's Creed but a great pirate game. In case you haven't seen it yet; I leave you with the game trailer: