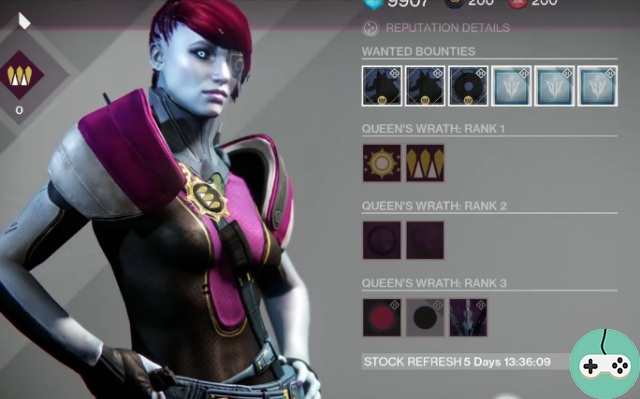 Warning ! If you want to experience Destiny's next DLC "House of Wolves" for yourself, we don't recommend reading this article.

During last night's live, Bungie communicated a lot of information about the new characters of its next expansion, starting with Petra Venj. For those who would wonder who is this famous awakened one, we can say that it is in some way the Eris Morn of the "House of Wolves". It is indeed through this character that we are going to pass in order to fulfill the various scriptwriting quests as well as the various contracts offered with the extension. 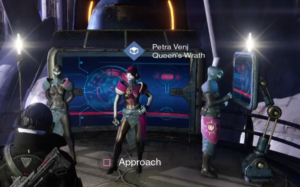 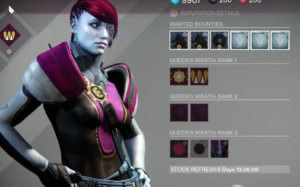 During the presentation of this character, DeeJ (Community Manager) wanted to be rather reassuring concerning the content of the scenario by announcing a new approach in the narration and in the operation of the quests. When you complete missions with Petra Venj, you will gain reputation points and thus progress in the esteem of "The Wrath of the Queen". Here are the items that will be offered for sale depending on your reputation level:

During the live, we were also able to see three contracts in more detail in which we were asked to track a target. The developers have also specified that these contracts would be renewed every week and not every day unlike more traditional contracts. Here is one of the contracts in question taken from Live: 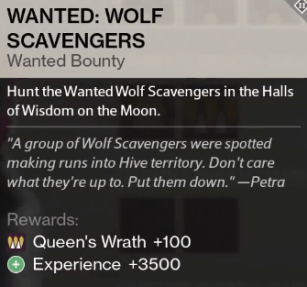 Do not hesitate to share your opinions or questions with us in the comments.

Add a comment from Destiny: House of Wolves - Petra Venj