Game director Matt Firor looks back on what has been accomplished this year since the game's release in April and what is planned for early 2015.

What has been accomplished

The months following the game's release have been very busy for Zenimax. The game was released on PC and MAC and has already received five major updates, adding content, new game systems and changes in addition to many small one-off updates bringing fixes, changes and even more. minor additions. Among all these updates, we will mainly remember:

For 2015, the new and much anticipated champion system and the judicial system will appear as well as the highly anticipated console release on PlayStation 4 and Xbox One. The next update will be the biggest ever released on TESO. Zenimax continues to listen and take note of the many player feedback and to make these changes in minor updates.

The next major update will go live on the PTS server shortly after New Year's Day. This will be the biggest update implemented since it will implement the Champion system and judicial system ! For the occasion, Zenimax offers us some screenshots of these two systems: 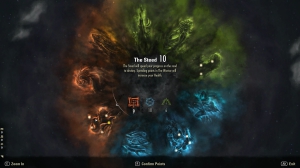 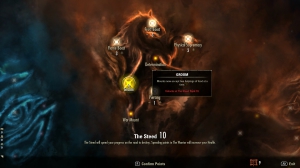 Zenimax would like to point out that the Judicial system will, like the Champion system, be implemented in several phases. The first iteration will implement the events Players Against Environment as can be found in the single player Elder Scrolls (especially Skyrim). That is to say, you can steal from merchants, bag Non-Player Characters, kill them, get arrested by the guards, etc. The element Player versus player will be implemented later. 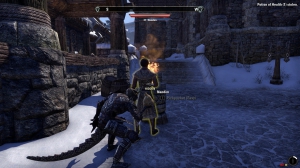 Zenimax justifies this shift by the need to lay firm and definitive bases before adding the Players Against Players elements. The latter adding an unpredictable component, they want the Judicial system to be as clear and stable as possible before adding unpredictable elements. 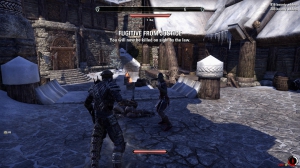 These bases represent a colossal update of the very foundations of the game. Non-Player Characters in cities will henceforth be considered neutral and may be attacked. The vast majority of items that you can freely pick up will now be considered private property, picking them up will be considered theft. There will now be receivers in order to resell your ill-gotten loot, on condition of not being stopped by the guards who will put a bounty on your head depending on what you stole and how much. With the addition of this system, Zenimax hopes to create a more open, free and scalable world that will appeal to gamers.

As Major Update 6 is already very important with the addition of these many systems and modifications, Zenimax has decided to push back the Imperial City at a later date, the team mainly focused on the ramifications of the Judicial system, the Champion system as well as all the gaming systems impacted by them. The Imperial City is still in development and Zenimax is waiting for it to be fully functional before offering it on the PTS server.

Zenimax has worked (and continues to work) tirelessly on the release of TESO on Xbox One and PlayStation 4. Currently, both of these versions are playable, but there is still work to be done. Zenimax is keen to implement the Champion and Judicial systems before announcing a release date. 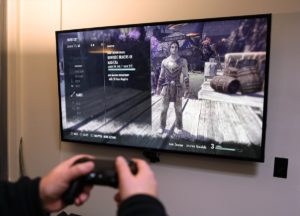 Zenimax also wishes to inform (and reassure) players by explaining that the console versions are not DO NOT a port of the PC / Mac versions. The user interface has been completely replaced with an interface designed specifically for joystick gaming as well as a voice chat directly integrated into the game and into XBox Live and PlayStation Network.

To end this "what lies ahead", Zenimax would like to thank the entire ESO community. The whole team will continue to dialogue with the community in an open manner, react to comments, resolve problems and advance their game according to the players.

Zenimax wishes you a happy New Year's Eve and hopes to see you again in 2015!

You can react to all these future novelties on the official forum.

Add a comment from ESO - What to expect - December 4