A brand new expansion is appearing on Eve Online. Called « Citadel », the latter will add many possibilities that will destroy the fragile balance that is established in the universe! 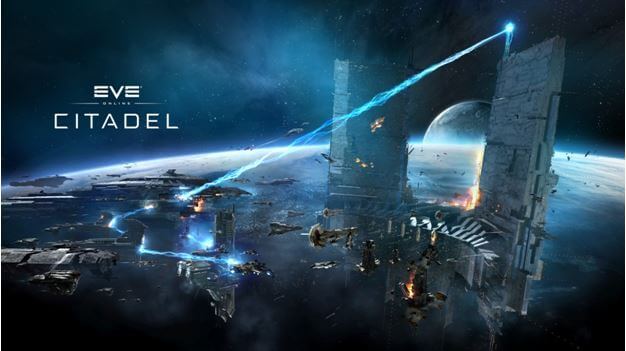 While until now the only platforms available to players have been outposts and stations, a new (and gigantic) structure is emerging: the citadels.

Citadels are real spatial cities entirely created by the players. These monuments are excellent commercial hubs and defensive platforms, the most imposing even having mooring bays for capital ships.

The players have the possibility of placing these buildings wherever they want in the universe, opening a new era of control and invasion of space by the various clans. Fully customizable, the citadels make it easier to manage the diplomatic aspect of relations, in particular by managing accreditation for access to mooring bays.

The cost of these constructions varies, from the investment accessible to individuals and small corporations to theAstrahus, at the most imposing Fortizar, to the very dear Keepstar to finish with the version Palatine of it, of which only one copy can be active at a time in the whole galaxy. The Palatine is clearly the jewel in the crown for its owners, and a much coveted treasure for those who wish to get their hands on it. The defense system of these fortresses is matched only by their size: it is possible to use a super-weapon.

The Citadel expansion also offers a number of changes for capital and supercapital ship battles:

Many other changes have accompanied the biggest expansion of EVE Online in a long time:

Finally, here is the official music video for the trailer!