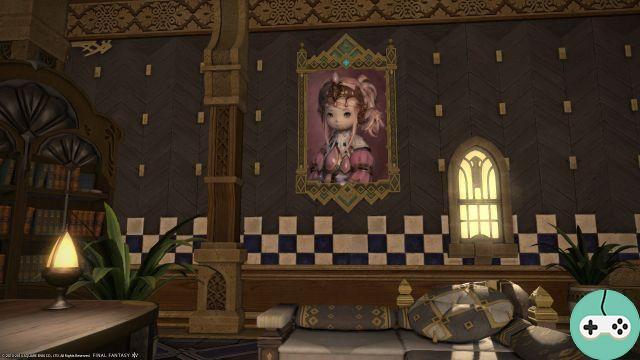 Following the release of patch 2.38, here are some explanations from Yoshida on personal housing. 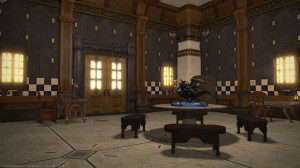 If you don't want to read it all, here are the important points to remember :

Regarding the December explanations on the Housing personnel, Yoshida apologizes for answering a little too quickly at this point and for making a mistake. He also apologizes for the disappointment of the players that the Grand Company lands are the same as for the personal housing. In the future, the development team will try to be more listening to us.

Regarding the land available for personal housing, they only added 2 sectors per server. However, it is expected that for 2.4, double the terrain will be made available on each server. There will therefore be 14 sectors in all on each zone of each server. So, for all those (including me) who were unable to buy houses, we will have to wait until the 2.4 update.

Hello everyone. This is producer and director Yoshida.

Thank you for all your feedback regarding the land prices for individual residences implemented for update 2.38.

Since the current price of residences is higher than what players expected, I would like to discuss the comment I made earlier about that single residences would be cheaper than free companies.

■ Compared to what I said previously ■

The comment referred to a post from December.
http://forum.square-enix.com/ffxiv/t...=1#post1685351
At the time, we were adjusting the economic inequalities between legacy players and new players relative to the prices of free company land implemented in Update 2.1. As we were trying to implement World transfers as quickly as possible, we applied a very high rate to land intended for free companies. This is why we have received so many comments that while there were plans for individual residences, no player would be able to pay such a high price. In my response, I wrote: “I can say that the prices will be completely separate from those of free company residences, and of course more affordable. "

However, re-reading my answer, I realize that my comment was very unclear. Also, I wrote this very quickly as I was trying to respond to issues as quickly as possible, but it created even more confusion. I am sincerely sorry.

■ How the prices of individual residences were set ■

Following Update 2.1, we have been monitoring land purchase conditions on all Worlds and the prices have dropped significantly in increments. Also, the initial period for achieving the lowest price for land was three months, but we've reduced it to one month. As a result, land prices fell by tens of thousands of gil every six hours. After a month, the prices had already fallen by half.

Additionally, in an effort to boost the economy of the game after Update 2.1, we have increased the methods of obtaining gil, and the average amount of gil owned by players has increased dramatically. We are constantly monitoring the amount of gil players have, and based on that, we have decided that the starting prices for individual residences should match the prices for land when we implement Update 2.3.

We still focus on the prices at the time of release, but after a month they will be halved. The average amount of gil players have in possession is much higher than you might imagine, and we believe that if we lower the prices of single residences further, issues like RMT or the purchase of land by secondary characters s 'would find it aggravated.

When we decided on the prices, of course we had to consider whether we should separate the prices of free company land and those of individual residences; however, by observing current economic conditions, and taking into account future extensions, we have decided to keep the same prices. I apologize and thank you for your understanding.

The main reason is the optimal use of land. FFXIV is entering a period of stability and the number of newly created free companies is gradually reducing. The demand for new free company residences will therefore decrease proportionately. In addition, with the development of the land sale functionality, once we have responded to all these requests, new land will gradually become available in the different areas.

If we separated the residences of the free companies and the individual ones into different zones, in the event that free company lands were to become available, I think we would receive requests to make these lands available for individual residences. So, in order to balance the two, we have made it possible to buy land in the same residential areas and we believe that this will help optimize the use of the land.

When it comes to the housing system, there are many elements that are interrelated. So, due to the high amount of gil needed to make a purchase, whether you are playing in a free company or solo, and also due to the fact that the costs of implementations and dispatch requests are becoming more and more. complex, it can happen that the decisions of the development team do not always exactly match the expectations of the players.

Continuation of the addition of housing lots in updates 2.38 and 2.4

I want to thank you for the many opinions and feedback you give us on a daily basis, just as explained in the patch 2.38 notes, the lots available for purchase in the housing areas will be the same for buyers individual and free companies. This principle will be applied to the sectors that will be added later.We are well aware of the fact that the addition of two sectors for each of the residential districts during the implementation of individual housing is not sufficient and that many between you will not be able to buy land. Please accept our apologies for this inconvenience. Since Update 2.3, the development team has been trying to develop a new system to make the best use of existing server resources and allow the creation of as many terrains. of housing as possible. However, the necessary adjustments and tests mean that this will not be able to be implemented on Public Worlds until 2.4. I know some of you think it was not worth adding so few sectors now. and that we should have waited for the 2.4 update instead, but we want to allow a few more players to have access to the slot as of 2.38. Regarding the new system, it should have the effect of doubling the number of land currently available (including the two recently added sectors).
(To put it simply, there will be twice as many housing lots in version 2.4 than in 2.38.) The schedule is very tight, but I assure you that the server team and the housing team are doing their best. possible so that this new system is stable and ready for 2.4. If you are currently unable to purchase land, please wait a little more than a month.

We will keep you posted on any developments on this until Update 2.4.

What do you think ? Were you able to buy yourself a house?


Do you want to be up to date and know all the tricks for your video games? In gamesmanagers.com we enjoy playing as much as you do and for that reason we offer you the best tricks, secrets or tips for you to play non-stop. We offer you quality content and always updated to keep you up to date. That's why, in our website, you will find not only videogame guides but also tricks, secrets and thousands of tips so you can play to the limit. Are you ready to get it? Enter now and enjoy your videogame!
Galactic Civilizations III – Aperçu ❯

Add a comment from FFXIV - Explanation on Personal Housing