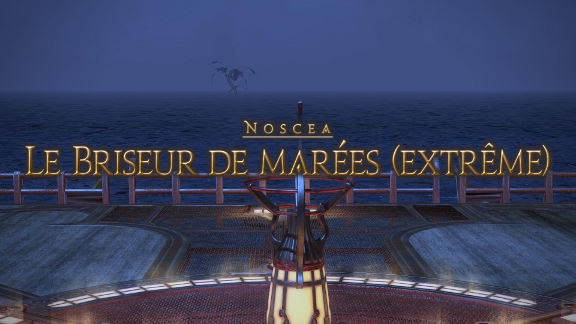 In the world of Eorzea, a terrible primordial named Leviathan wreak havoc and terrorize those who venture out to sea! As a hero, it's your job to make this threat go away, but it's not going to be easy. 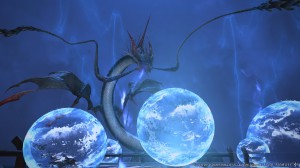 The fight can be finished with any group. However, this one will be easier if you incorporate certain classes in your team:

Leviathan has very few abilities, but each can prove deadly. 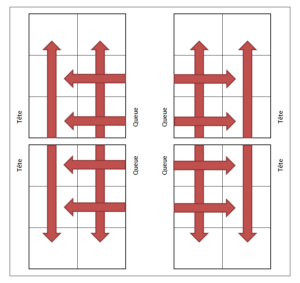 The start of the fight against Leviathan takes place at the end of the platform and remains there for up to 90% of his health. 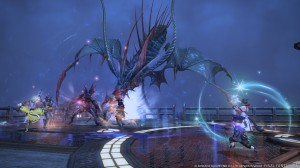 Then begins the 1 phase : Leviathan disappears underwater. He is going to make his first rocker, a water jet tells you where Leviathan will fall. You absolutely have to put yourself in the opposite direction. For this first rocker Leviathan systematically appears on the west side.

Be careful with the DPS to target the right part of his body. Don't worry, it's the same health bar for both parties.

A tank will take care of its part of Leviathan. For cares, the tank that will have the tail will therefore have a debuff. I advise you to always put a breastplate as well as a recuperation in addition to scholar fairy.

From 85% of Leviathan's health, first two enemies appear on the north side. Each tank will take its own. We will have to kill them quickly.

A wave will pass over the platform followed by a puddle, as well as the disappearance of Leviathan. It will then be necessary to watch for the appearance of the first Dash. For that, watch out for the apparition water jet. Remember the possibility of appearance diagram. 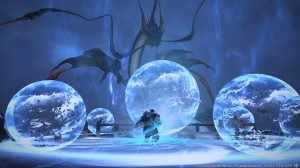 Then he will make a second from the side where he disappeared followed by a toggle. You must therefore not forget to place yourself on the opposite side of Leviathan.


Important detail: the rocker will always be on the side where the tail was before the first of the two Dash. A second enemy will appear. The appearance of these enemies is linked to Leviathan's health bar.

It is necessary that the tank which takes care of the tail goes over it as quickly as possible as well as the DPS. At 60% of the add-on's life, a player will have to loop it (stun lock), otherwise a zone may appear "hysteria" on the ground which will have the effect of making you lose control of your character.

Finally, the arrival of scum is synonymous with the end of phase 1. You have to kill them as quickly as possible, being careful not to kill them all at the same time.

Leviathan will make a series of Dash as well as a rocker during the scum.

You must not activate the bouclier as soon as the message appears. Wait for Leviathan to dive into the water. It will make only one Dash and, after that moment, it is necessary activate shield near the switch. The whole group gathers in the middle, a scholar bubble should be placed. Leviathan will explode the barriers on each side inflicting damage to the entire group. 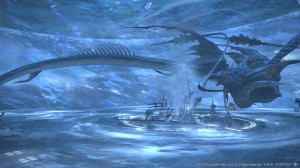 Start phase 2, Leviathan is going to do a seesaw. Attention, from now on, you have to be very careful when carrying out latches because nothing will prevent you from falling into the water.

You take back the DPS on Leviathan. A wave will cross the platform and will then reappear the first two enemies. Always the same: we kill them quickly.

Then will follow two Dash and rocker. Four new scum will appear, the same as in phase 1. We will use the Mage transcendence to bring them down as quickly as possible. Transcendence will put them at 20% health. Warning not to kill them all at the same time.

A new wave will overwhelm the platform. Care should be taken not to bring Leviathan under the bar. 25% otherwise the shield will not have time to charge enough for the group to survive Leviathan's attack

Four rippling foams will appear at the end of the platform and immediately converge towards its center. The tank collects them and takes care of them.

Leviathan will dive for a new one Dash and Toggles.

The DPS on Leviathan resumes. The shield for this second phase should be close to 40% before activation. The whole group returns to the center of the platform after the Dash and the activation of bouclier.

Begins phase 3. An enemy will arrive on the platform. The tail tank will go over it as well as all of the DPS. Still the same as in phase 2: at 60% of the enemy's life, a player will have to keep him under his control (stun lock) otherwise a zone may appear "hysteria" on the ground which will have the effect of making you lose control of your character.

Then return to Leviathan with a new series of two Dash and rocking. You must kill Leviathan before the return of 2 enemies, which is quickly followed by enrage.