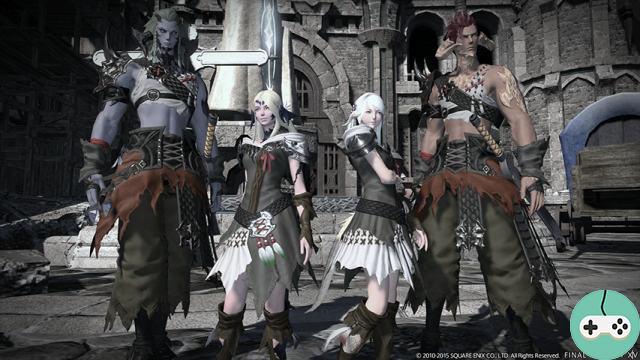 Have you ever wondered if there is a rule governing the names of all the characters you meet during your adventure in Final Fantasy? I suggest you detail in a series of articles each of the races and tribes as well as the method used to determine their name. Maybe this will inspire you for your character!

Today I will introduce you to the Ao Ra. 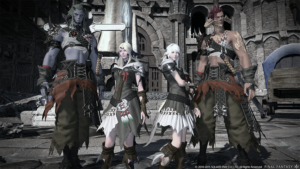 The Ao Ra are originally a people from the eastern continent Othard. Many rumors say they are descendants of dragons, not least because they have horns and scales on their bodies. Two tribes make up the Ao Ra people, one sedentary and the other nomadic.

Many scholars have looked into the matter, with a tendency to dismiss rumors that dragons do not show differences in horn size between males and females like the Ao Ra. The Ao Ra's cranial growths allow them to have better hearing and spatial recognition, which dragons do not have. 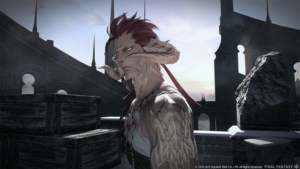 If you want to distinguish the Raen from the Xaela (the other tribe), you have to look at their scales. The Raens have very clear white scales, inherited from an ancestor commonly known as "Father of Dawn". Although calm and collected, many of them crossed the seas to reach Eorzea in search of adventure.

Raen names are based on the Japanese language, but to stay within Raen naming conventions, be aware that manga character names are too recent to match. We must then turn to Japanese names from the XNUMXth to the XNUMXth century.

Wanting to name a Raen therefore requires knowing the Japanese language well so as not to make mistakes!

They are drawn mostly from the natural elements, synonymous with power and agility and sometimes even being uncontrollable. It is also not uncommon to see farmers or fishermen having first names recalling their trades.

Like men, Raen women often wear first names in relation to nature, plants and seasons: everything that represents beauty and benevolence in Doma society. 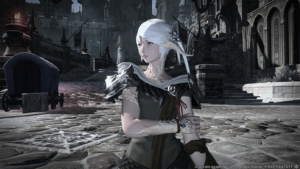 But be careful, it is not impossible to cross a Raen with a first name representing power and conversely, to cross a male Raen called "Sweet Autumn".

Aoran ancestors previously used their clan name for the surname. But by becoming sedentary, the Raens have segmented society and only families in power have a legitimate right to bear a name. Their names are often based on combat prowess or their position in the military.

This does not prevent families from the "lower classes" of society, such as merchants or farmers, from using a name related to their profession to facilitate daily life.

The order of the first and last name

Since the first and last names of Raens are inspired by Japanese culture, it seems logical that they are spelled in the same order. But for the people of Eorzea, they will write the name of the Raen in the western style. 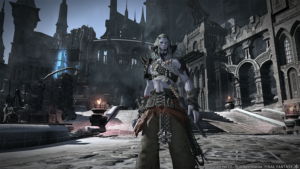 You can recognize the Xaela by their dark scales. Bearing the legacy of the "Mother of Twilight", they are apt to fight and seek warlike contact.

As the Xaela are the nomads of the race, they bothered less and remained in conventions relating to the tribes. To mark this nomadic side, the names of the Xaela are based on Mongolian names used around the XNUMXth century. By searching on the internet, we can find a number of them including:

As the Xaela tend to live in clans, and until now they didn't have to write much, there are several possible spellings for a given name. It is therefore not surprising to see variations since it is the pronunciation that counts in the end.

The names of the Xaela

They are quite simply from one of the 51 tribes of the Xaela (themselves of Mongolian origin, from the XNUMXth to the XNUMXth century).

Names of the 51 tribes

And you, do you feel more like a Raen or a Xaela? Give us your names!