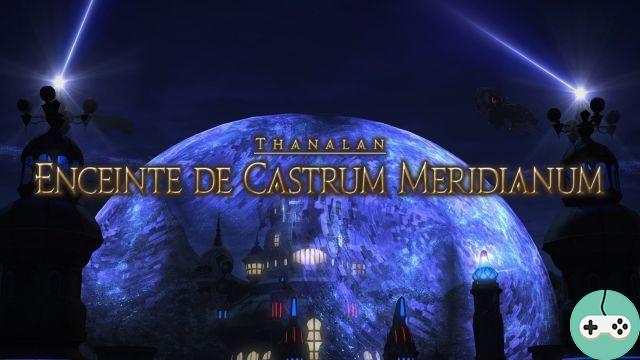 Congratulations on your level 50! You can finally continue your journey and storm Newcastle afternoon. 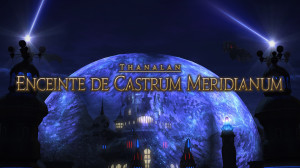 For this dungeon you will need a team of 8 players : 2 tanks, 2 healers and DPS. Your progress in CM is interrupted by numerous cutscenes. It is customary to pass them so as not to waste time for the majority of the group. Don't worry, you can see them again in your room at the hostel using the used travel journal. 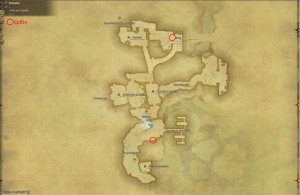 As soon as you enter the instance, two enemy packs await you. Send your tanks to bait them and collect them. Then deactivate both monitoring terminals. 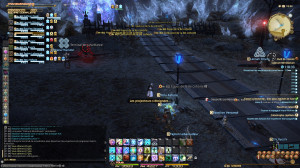 Continue your way on Port way along the left. You should be able to dodge the first big enemy pack. You can take the rest on the way and fight them off at the end of the Carrefour central. You arrive at the first CM boss: Magitek type II mower. A tank will be dedicated to the mower while the second will take care of soldiers that will appear during the fight. 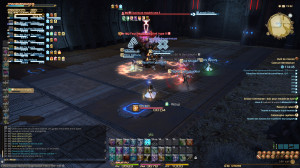 Then use the trash chute to continue your progress. 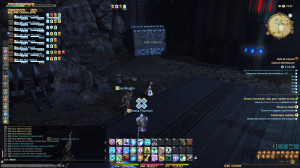 You arrive at the main. Go forward to monitoring terminal that you must turn off while cleaning. Avoid the spotlight lights sweeping the floor: if you find yourself in it, new enemies will come. 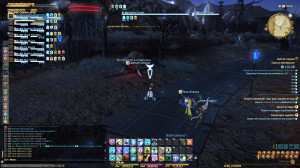 Continue to advance in the direction of ceruleum pumps. Enemies in your path will drop explosives type XXXVIII that you will have to place on the pumps (you also have a chest to open a little before). Arrived at the pumps, a tank collects the enemies on the right, the other takes care of the left. Then place the explosives on the places provided for this purpose.

Then go to the zone 5 by eliminating the enemy pack and paying attention to the spotlight. The second boss does not differ from the first: one tank for the boss, the other for the soldiers who will join the party. The dead boss, pick it up imperial identification key.

Cid arrives and opens the way for you. Let your tanks go in front: they must take the aggro on the packs of enemies and bring them within range of fire. guns which are a little higher, at the crossroads. Your DPS must interact with these new toys to knock out enemies. Continue to clean the surroundings using the cannons by spraying the opponents brought back by the tanks. 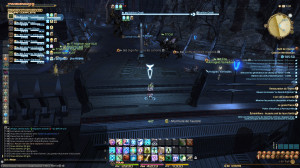 Take the road that leads you to the races. A large enemy pack is standing here. Your tanks must take them and bring them to the guns located at the far north (there is also a chest there). 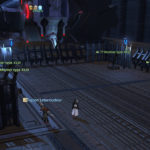 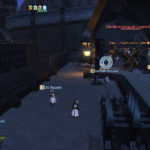 Reached The Arsenal, you will face the third boss, Colosse magitek rubricates while Cid is busy demolishing CM's facilities. Place one of your tanks at the top of the railing while the other waits for enemy packs that will appear during combat. 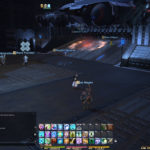 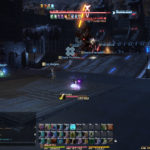 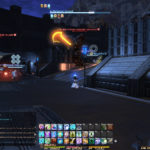 Get it imperial identification key and continue by letting the tanks pass first: new packs of enemies are waiting to be knocked out by the guns located below. 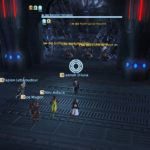 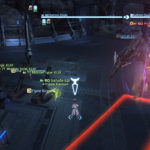 When the cleaning is finished, the group remains at the guns while your tanks descend to the Parade field. It's up to them to play here: they must deactivate the last ones monitoring terminals then bring the last packs of enemies to the cannons. 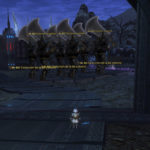 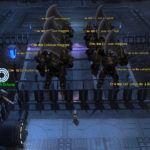 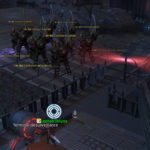 Enemies eliminated, go to Parade field. Use the cannons to destroy the magitek hunter. You then face the last CM boss: June via SAS. The fight takes place in two phases. You must use the XLIII type artillery guns. You must first charge them using the magitek missiles. Then coordinate your shots on Livia. After the salvo, soldiers will come to try to destroy the guns. Attack them as fast as possible to prevent them.

Repeat the operation until Livia's mount is destroyed. During this phase, it is not dangerous, anyone can tank it. 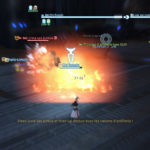 For the second phase, Livia gets a little more upset. Avoid areas, watch out for the reinforcing soldiers, and you should get through them easily.

Congratulations! Another dungeon and you will have completed your epic?

The Witcher 3 - From Riv or Drift ?, a short story by Nora ❯

ESO - Modification of the API