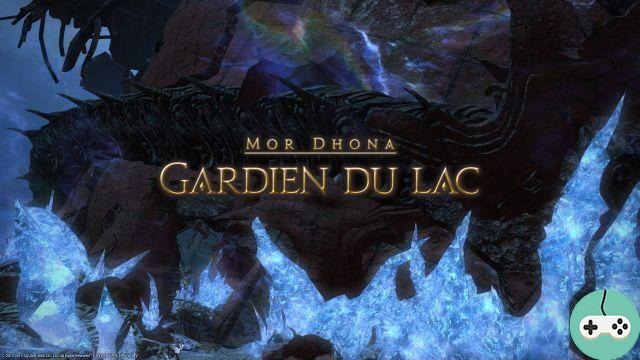 A dungeon added in patch 2.4, the Keeper of the Lake takes you to explore famous debris at Silverpleur Lake. You will need to have completed the epic quest "A seizure at a discount" and to have ilvl 90 equipment.

If you prefer visualization, here's a full dungeon rush on video:

There is nothing really rocket science until the first boss, so let's talk about him directly!

One-handed is not very difficult. He and his flying pals will drop reservoirs of ceruleum. The minis will have to be pushed back to the edges of the arena (like the bombs of the last boss of brutal Brayflox) while it will not be necessary to stay near the big ones. After a while, Einhänder will blow them up. They will turn glowing before.

As noted above, Einhänder is not a unique role model and his bizarre dragons will regularly swap places. Their attacks are somewhat different: they are still AOEs but their shapes will not be identical. 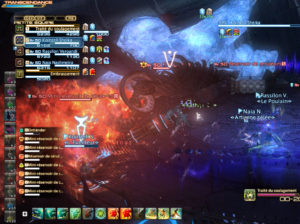 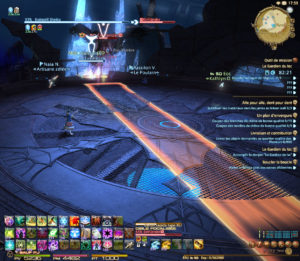 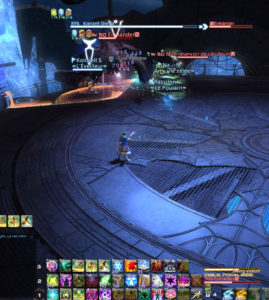 The boss will regularly attract all tanks to him, so be sure to push them back to the edge of the arena quickly.

The boss eliminated, continue your progress. You will have to activate a terminal magitek using an Imperial ID key found on the enemy pack in front of the obstacle. 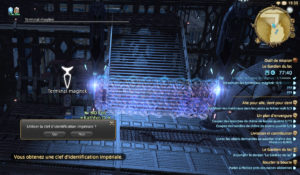 Now you will be bleeding from your ears thanks to this damn alarm siren, which should give you extra motivation to move forward quickly!
Shoot down the enemies on the road without forgetting to destroy the magitek force field generators. These, once broken, will release the colossi. Beware of their online AOE, the dimensions of which vary according to the colossi's hit points: the more health it has, the bigger it is!
You have to kill them or else you won't get the next one imperial identification key necessary to deactivate the next barrier.

With the siren cut off, you are ready to face the second boss who loves to play with fire. The Magitek spaceship will require a little concentration to avoid dying stupidly.
Regularly, it will target a member of the team. A few seconds later, he will walk towards him while spilling fire on the ground. We must therefore not stay ahead.

He also uses Flame Throwing in a broad cone attack. 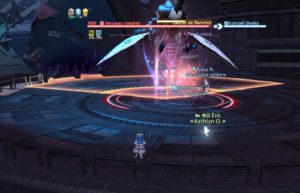 Enemies will come to lend him a hand during the fight.

It will randomly do an AOE on a player who will drop a puddle of fire at the location.

Finally the ship will randomly charge a player inflicting about 2000 damage.

This second boss dead, we change area for a walk outside! Watch out for the Imperial ship roaming the sky that will send out a few AOEs as long as you are within range. It will also clear the path for you when it is blocked by debris.

When you reach the top, the last boss awaits you: Midgardsormr accompanied by two dragons. You will have to be very careful for this fight, you have many attacks to avoid.
We start by attacking Midgardsormr until he awakens the yellow dragon, Mirage dragon. Concentrate on the latter which will have to be tank far from Midgardsormr.

The yellow dragon additionally uses his own skills as web of lightning, an AOE in a circle.

After a while a new enemy will appear, Astrea. You must kill this one quickly because when it dies it will drop a force field generator. The latter must be activated in order to survive the attack. Aversion of the owner.

When the Yellow Mirage Dragon is dead, it will be the turn of the bleu to be awake. He tanked to his original position near Midgardsormr. Like his sidekick, he has his own attacks such as Granite rain, an AOE around him.

There is also a blue puddle on the ground:

As well as an AOE who grows to take the majority of the arena.

Astrea will return and he will have to be killed again to then use the force field generator. The Dead Blue Mirage Dragon, focus on Midgardsormr while still paying attention to the many AOEs.

Add a comment from FFXIV - The Guardian of the Lake