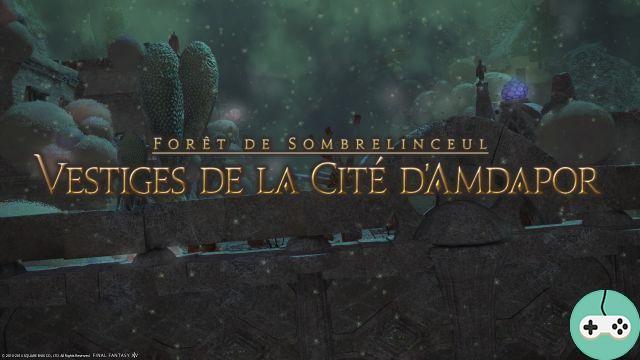 The mysterious City of Amdapor seems to be awakening after centuries. It's up to you to permanently seal the evil that once took hold of it. 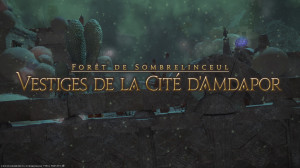 To access this dungeon, you will need to be level 50 and complete the quest "The City of the Lost Underworld" with E-Sumi-Yan in Old Gridania (Elementalist Guild). The minimum ilvl required to enter the Remains is 55. 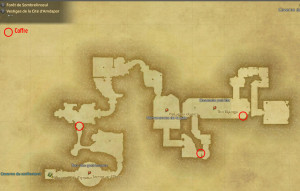 The first enemies encountered before arriving at the first boss are not very dangerous:

The path is then blocked by a pollen ball : you can attack it from a distance while your tank is gathering the Hectoculus who are around. Watch out for Impure Spores: they explode on contact. You can therefore destroy them from a distance.

Continuing your journey, you will come to two chests: one of them, when you try to open it, will turn into Mimic.

After a few enemies, you reach the first Vestiges boss: Putrid Wolverine.
This boss will target

one of the team members then after a certain time will swallow it! To free your adventure companion, you will have to attack the putrid mouth. Apart from this particular attack, Wolverine places areas on the ground and uses an area attack inflicting poison on the entire group. 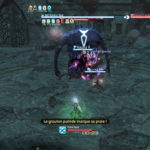 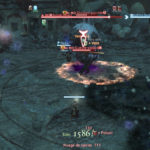 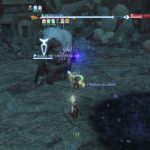 Having overcome this first boss, you can continue to move forward. Along the way, you will face Bombyles : before appearing, a putrid liquid spreads on the ground.

Then you will have two more chests, one of which will be a mimic and further on, a ball of pollen accompanied by Hectoculus. 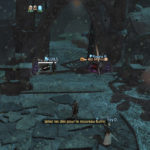 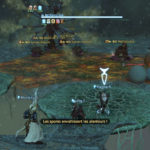 After this short walk, you come to an area where the second boss, Arioch, hovers above you. The poor man has eyesight problems, so you'll have to attract him to you to confront him. For that, you have to kill a Ranch wamoura in order to be covered with erosive dust

. Arioch will smell this odor and will then target the player who eliminated Wamoura. It is therefore up to your tank to manage when to kill a ranch Wamoura: you must always have a charge of dust on you, otherwise the boss goes away and recovers HPs. Be careful not to accumulate too many charges at once either, it would hurt a bit. 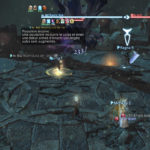 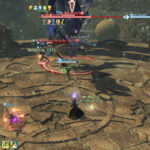 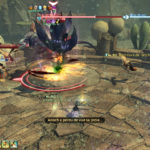 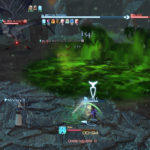 Arioch eliminated, it's time to enter the Sealing Cave.

Across your path stand several enemies:

You can first attract the Allotaurus and the Imps to you and go up towards the entrance of the cave so that the Baalzephon will forget you. The small cargo eliminated, attack the turrets from a distance to destroy them then take care of the Baalzephon. Do the same for the second group.

The person responsible for the chaos in the city is waiting for you: Diabolos is the last boss to face.
As soon as you start the fight, portes will appear. They are very important since their use will allow you to survive the big attack of Diabolos: Bad omen.
The doors come in pairs, depending on the color of their symbol: green, red and blue. From the start of the fight, they must therefore be marked because their symbol will then disappear. Since you have to mark them quickly enough, organize yourself beforehand to know who marks which color with which symbol.

When Diabolos casts Bad Omen, it's time to open a pair of doors, no matter which one. This done, you will be sucked into the Void world which will allow you to be immune to the boss's attack. 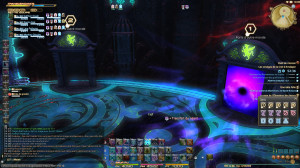 Other attacks should be taken into consideration:


Do you want to be up to date and know all the tricks for your video games? In gamesmanagers.com we enjoy playing as much as you do and for that reason we offer you the best tricks, secrets or tips for you to play non-stop. We offer you quality content and always updated to keep you up to date. That's why, in our website, you will find not only videogame guides but also tricks, secrets and thousands of tips so you can play to the limit. Are you ready to get it? Enter now and enjoy your videogame!
TERA - New Fate of Arun Features ❯