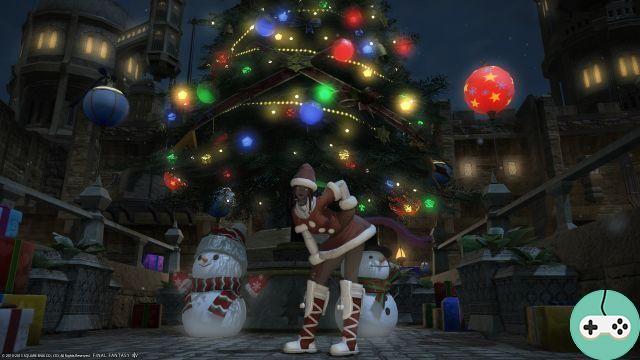 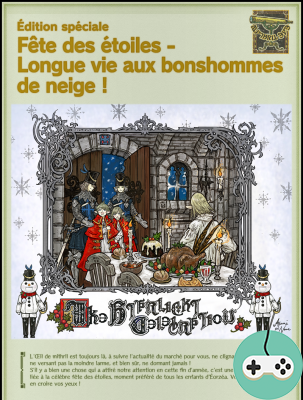 Long ago, when the city-states waged war for the domination of Eorzea, the children of Coerthas who were orphaned in battles gazed at the stars to forget the biting cold of winter.
Unable to tolerate seeing these poor innocent people suffer, the Knights of Ishgard decided to lodge them in their barracks. Of course, all of this was strictly forbidden, but the knights managed to get them in by concealing them under the scarlet vests of their uniforms.
It was thanks to the generosity of these men that the children survived the harsh winter. Grateful for this gesture, the orphans, once they became adults, made it a habit to don scarlet uniforms to bring gifts to the children during the coldest week of the year. This is how the star festival began.

Eager to celebrate this annual event with the inhabitants of the three cities, the Adventurers' Guild has set up a Star Festival organizing committee and has embarked on preparations. That's when a problem arose.
According to the testimonies of those concerned, enormous quantities of snow had been transported from Ishgard, the land of origin of the festivities, and snowmen had been made with it to decorate the streets. Unfortunately, prankster imps have come threatening to melt these icy creations with fire spells.
It goes without saying that the Adventurers Guild did not sit idly by, sending its most seasoned members to guard the snowmen, but things took a most unexpected turn when the latter decided to take the powder. to scamper and get out of the cities in order to escape the flames thrown by the evil imps.
How could this have happened? Is this indeed what happened?
Is this just a lie-out story, as we often hear in the Adventurers' Guild? Or is it some inexplicable phenomenon that has happened?
Still, in this auspicious period that is the star festival, an incident of this kind has something to fuel many discussions. What will become of this year's celebrations? The Eye of Mithril remains on the alert.


Now is the time for festivities! By participating in the event you will be able to receive a snowman costume, an orinic costume, a special bard for your Chococbo and some treats to munch on! 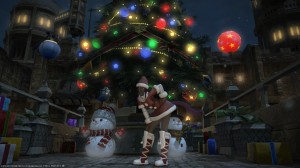 But that's not all ! Squarenix is ​​running a Star Party themed screenshot contest. 100 captures will be selected and the winners will win an Ahriman choker. Your screenshot should represent the spirit of the Star Festival.