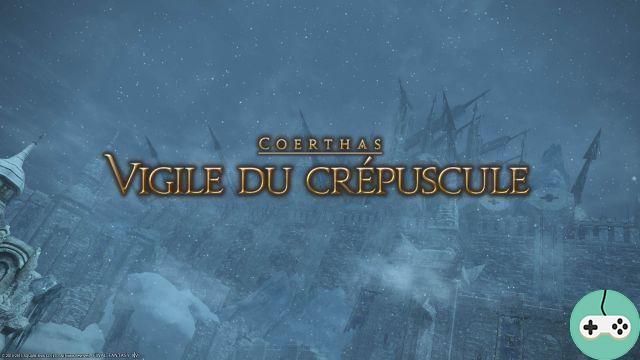 As you progress through the Heavensward Epic, a level 51 side quest, "The shadow of twilight",  will allow you to explore the expansion's first dungeon: Twilight Vigil. 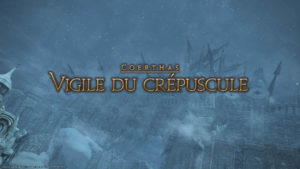 The Twilight Vigil is not very complicated: just follow the path and think about opening the chests to collect some equipment on the road.

After a few enemies, you get to the first boss, Olifant. This big mammoth will repeatedly target a player to party him. It will stun the player and deliver heavy attacks. It is up to the healer to be very careful.

In addition to this feature, Olifant uses Cabrade, a circular AOE around him and Prehistoric trumpet, an attack that deals damage to the entire party. 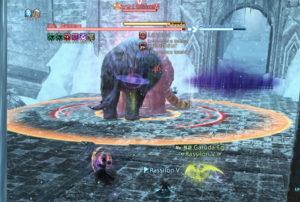 The mammoth in the carpet, continue your progress by not forgetting to open the chests on the way.

After a few looted chests and downed enemies, you come to the second boss of Twilight Vigil: Yuhelmeric Brillelame.
You will no doubt have guessed it: the corpses in the room will come to life as they are removed. Les Frozen knights will use flipping, a large cone attack while the Frozen surgeons will use Mega ice cream.
For his part Yuhelmeric Brillblade will stand out for his AOE, Spiral of Death, taking all the space. Stay close to him to avoid him. 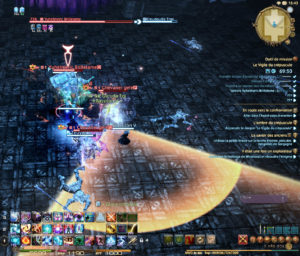 Other attacks are on the program:

The captain on the ground, continue to advance and open the chests on your way. 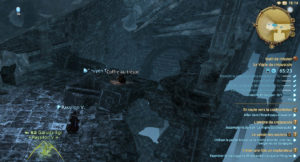 You finally arrive at the end of your journey where the last master of the place awaits you: Opinicus.
This fight is not very difficult: just dodge the AOEs and hide behind the debris when a tornado appears in the middle of the arena.
Debris is regularly destroyed and more falls to replace it.

Zuh, from CL Styx has put together a video of the dungeon:

In the dungeon you will surely have noticed scattered torn newspaper sheets. If you haven't had time to read them, here they are. The Twilight Vigil will seem even more icy after reading this ....

As a deluge of rocks and flames descends on us, I, Pascaleret de Neurtaille, I want to record on these pages what will probably be my last words. The cataclysm roaring outside certainly announces the end of our world. My men cry out that the seventh plague has arrived.
Whoever reads these lines will no doubt know that they are right ...

By order of Captain Yuhelmeric, I had our fortress inspected and I must say that words fail to describe the situation. The ramparts that were our pride were completely destroyed. There are many who wish to return to the holy city, but the captain has decided that we must defend the stronghold to the death. What could be more normal after all, since the Twilight Vigil is Ishgard's shield?

I spent several hours clearing the rubble in search of surviving comrades, but only a handful of my men survived. They are suffering a lot from the cold wave that has been overwhelming for several days.
Despite the season, we observe snowfall never recorded in our region. We are injured, petrified, starving ... and we are impatiently awaiting supplies from the capital.

The cold, hunger and isolation led some of us to mutiny. It all started when the logistician soldier, aware that our food reserves were almost exhausted, advised Captain Yuhelmeric to let the men return to Ishgard.
Of course, this one refused. The ensuing clashes claimed the lives of many men, but I can hardly admit, they also provided us with life-saving meat ...

I have sinned. Yes, I am no longer afraid of having it, of writing it here and probably damning my name for many generations. I did the unthinkable, but it was the only way to survive ... I have to stay alive to return to my people.
But I no longer know if I am really alive ... My dead comrades ... They walk ... Yet I saw them die with my own eyes ... Why? ...

FFXV - A Glimpse of a Crystal World ❯