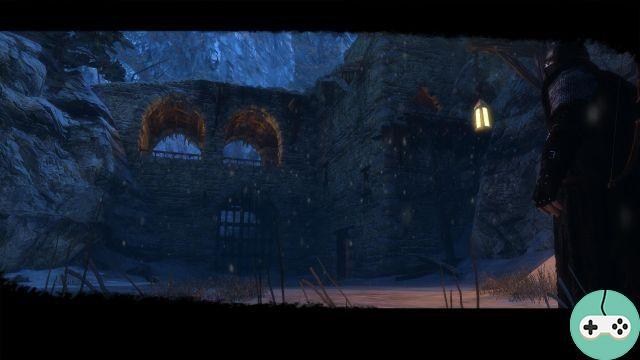 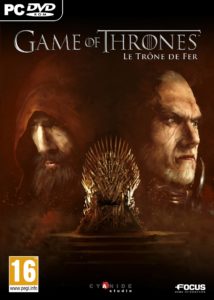 I decided to talk to you today about the RPG Game of Thrones, adapted from the famous books of the same name (Throne of Iron in spanish) by George RR Martin (volume 15 is coming out in a few days in spanish) by the spanish studio Cyanide. It must be said that, as a fan of the novels and the series, I spent half of my vacation between Christmas and New Year, enchanted by this game with a fascinating history!

The game begins a few months before the books, on the end of Robert Barathéon's reign, and continues during the events of the first volumes (the death of Jon Arryn, Eddard Stark Hand of the King, the hunt for bastards ...). Maintaining the style of the novels, we play two characters, Alester Sarwyck de Puysaigues, eldest son and heir who became a red priest of R'hllor after a voluntary exile of 15 years in the free cities and Mors Westford, former knight, sworn brother of the Guard of night, having taken the dark after having disobeyed his lord. 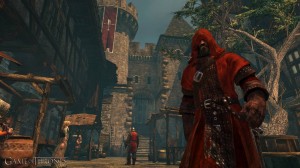 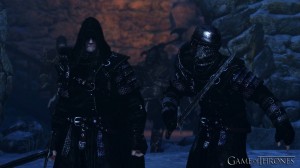 Validated by the author himself, the script fits perfectly into the original plot. We find ourselves catapulted into a dark story, plunging into the tormented past of our two heroes directly linked to the major events of Westeros (you know, this story of Regicide, Usurper, Lannister, Barathéon and Targaryen), with known places (Port-Réal, La Mole or Châteaunoir) and emblematic characters (Queen Cersei, Mormont Lord Commander of the Night's Watch, Varys l'Araignée or the sulphurous Chataya). No need to tell you more, it would spoil the surprise! 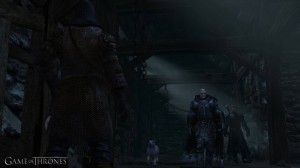 If you are new to the world of Westeros and its plots, a codex helps you better understand the ins and outs of the events in which you take part in 7 broad categories: houses, myths and religions, peoples and factions, places, society and story, quest, tutorial. 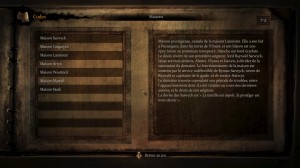 You create your character as in any role-playing game, choosing the distribution of your characteristic points, skills (weapons / armor) and combat abilities. One can thus make an archer or a big brute with the mass of weapon. Beside that, each character has heroic abilities:

Beyond his characteristics, the character has an inventory and a character sheet allowing him to equip 2 sets of weapons (practical to have two weapons if you have several postures), an armor (helmet, breastplate, cape, gloves, boots), two rings and up to 4 vials on the belt. It is essential to always have some potions of life (to be filled with an alchemist) to pass certain complicated fights. Do not hesitate to fill a vial with other substances, it can also help (drink, poison, oil, fuel ...). In terms of equipment, we have a good choice, with various weapons and armor, the only thing I regretted was seeing my Sarwyck abandoning an armor with his coat of arms for better armor bearing the arms of another family. .. pity that no option allowed me to customize my breastplate to display the broken white sword on a red background!

In cities, in addition to alchemists, there are armor and weapons dealers, tanners and blacksmiths. If you have any worries to advance in the story, invest some gold dragons to improve it all. You can also find here and there atypical sellers (recognizable by their icon in the form of a coin), do not hesitate to consult the stocks, some very good equipment can be purchased. You can also resell them all the hardware that you carry around, it is a bit laborious but necessary to have the purse full (the inventory however seems unlimited).

The quests are quite linear. We have the main quest and sometimes 2-3 subsidiary quests. Do not hesitate to walk in towns and castles to talk to all the people, we can sometimes have good surprises and unlock small parallel plots. You can use strategy, try negotiation, pay a bribe or go for it ... there are many solutions to achieve your goals and you will have to make your choices during several chapters. Some will die, end up in prison or live a long life because of us. 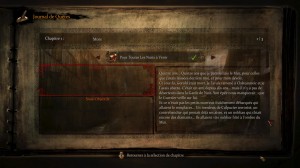 Mors has the special ability to control his dog and use it to track odors. The Dog also has the advantage of being smaller and being able to sneak into holes to spy ... or slaughter isolated guards! Alister can have visions of R'hllor and discover hidden interactions (objects, doors, secret passages ...). 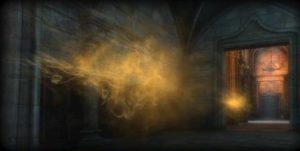 The set is fully lined and uses motion capture for even more realism. Although the movement of the characters is a bit choppy in the world itself, the cutscenes are really beautiful.

Everything is based on endurance and energy. When we get hit, we lose life, if we get to zero, we are in the heap! It is necessary that all the members of the group are KO for the game to consider the combat as lost (fortunately, the points of saving are numerous, one can thus reload the part and not to have to redo long parts). Energy is used to cast active skills and slowly builds up in combat or using a special ability (making it, I suspect, more vulnerable to hits while casting). 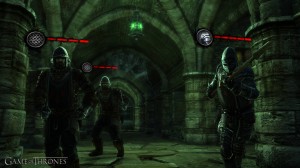 Thanks to the Space key, you can slow down the game and add up to 3 skills to the queue (depending on your energy). Sometimes other characters join our group, we can also decide on their focus and the skills they use.

Many skills are more powerful in synergy with others (such as a hit that deals additional damage if bleeding is present on the target) and more effective weapons (piercing, slashing, bludgeoning) against certain types of armor (respectively light , intermediate and heavy). It is also possible to interrupt an enemy (with the correct timing), to disarm, to put down ... If you play in squire mode (= easy), you will not have to think much but the lord mode (= difficult) is much more demanding. 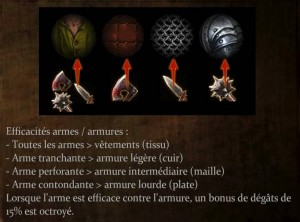 As often a short video is better than a long speech:

Developed for PlayStation ® 3, Xbox 360® and PC on Unreal Engine 3, Game of Thrones is an excellent RPG, very immersive, but above all aimed at fans of books or the series. Bringing about thirty hours of play, it allows you to take part in crucial events from a new angle, parallel to the history of books. However, those not initiated into the universe may find it difficult to immerse themselves as there are so many references to the universe. In addition, the graphics, a little light, can also put off at first. But those who go above and beyond and eventually take the time to read the codex if they are unfamiliar with the universe will be part of a gripping story. 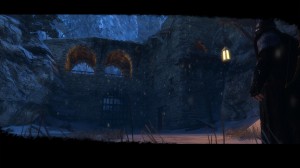 Have you ever played with Alister and Mors? What did you think of it?