Created as a tribute to the 1988 adventure game created by Sierra, Gold Rush 2! takes us to the Wild West.

Jerrod Wilson left his Brooklyn home during the legendary Gold Rush of 1849 to reunite with his brother Jake, who had left 11 years earlier. After a long journey, Jake and Jerrod found California's richest vein of gold, and after 20 years of hard work, they succeeded and amassed substantial loot which they sent to their banker friend Mr. Quail, stayed in New York. But things are not going well in the big city, William Tweed, the leader of a gang of thieves and extortionists, the same man who forced Jake out of Brooklyn, has become very powerful. He now has an official office in government, having placed his gang members in all key positions and benefitting from the support of corrupt police. 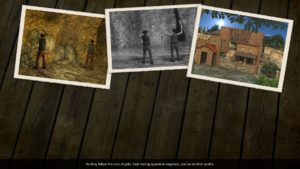 Worried by this news, Jake and Jerrod decide to sell their mine and return to New York using the newly constructed transcontinental railroad. The brothers have evidence that should send Tweed to jail for the rest of his life, but Tweed is aware they are coming and plans to prevent them from returning to Brooklyn. 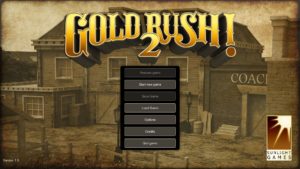 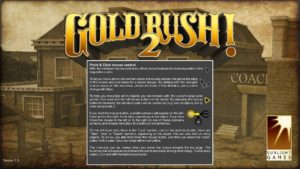 The interface, as you can see above, is simplistic, similar to what the initial game offered. It gives an outdated impression 30 years later, I don't particularly cling to over-nostalgia, but it's a bias. The game then launches, with no real information on what to do and where to go. In a simulated open world, the character moves from painting to painting across the property. Small steps at the edge of the screen indicate the possibility of moving. To find your way around, at the top left, coordinates indicate the location, help to find the main places of interest. 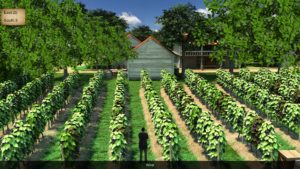 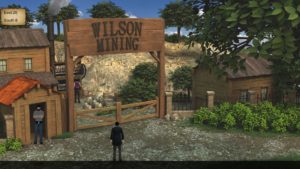 By clicking on the interactive elements of the decor, identified by the cursor whose border changes to yellow, the character discusses or takes the object. Thus, at the bottom of a mine, I find TNT and a strange door which will speak to the players of the first hour. The inventory is displayed when I bring the mouse closer to the top of the screen (visible in the screenshot on the left). 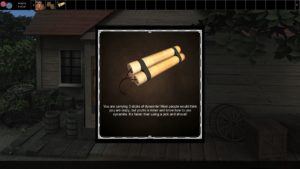 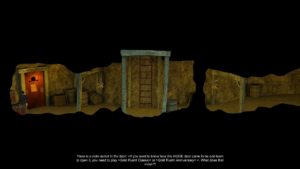 At another location, I chat with the blacksmith who gives me some great tips for making money once in New York. I also speak with a manager of a hotel who refuses to rent me a room because I have not booked. It's not as if his establishment was full ... Finally, I do not insist! You will also notice in passing the dialogue options displayed very simply at the bottom left, which can be selected with the mouse according to the desired response. 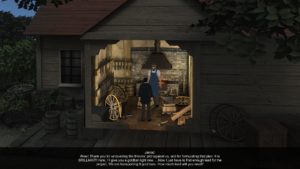 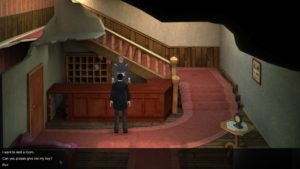 The graphics, as much as the interface, are "old-school", the music is it correct without being unforgettable. The biggest concern actually comes from the total lack of guidance on what to do. The game does indeed offer any indication of specific objectives, so I wandered from table to table. The press release says there are 80 pre-generated images and high-definition animated scenes. I can believe them, but the lack of quests (or I was unable to find them) makes exploration daunting. This kind of game only takes on its full meaning through its history ... history of the blow difficult to explore. It only remains to hope that the developers add these guides, even if the lack of news since the launch last month (April 28) is not very encouraging on the future of this game than in the state I can hardly advise ...

Add a comment from Gold Rush 2! - A new gold rush