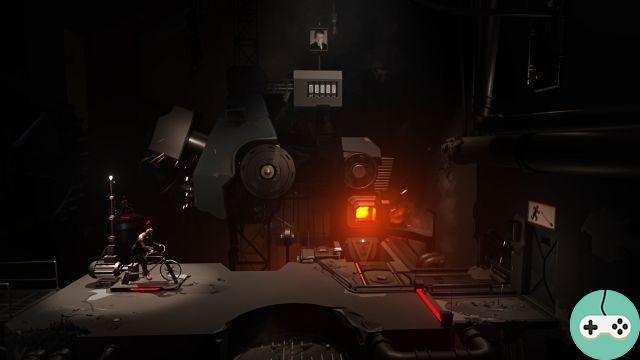 Black The Fall is a puzzle / adventure set in a dark universe from which our character is desperately trying to escape. Funded in 2014 thanks to the Square Enix Collective program and a successful Kickstarter campaign, the game is presented for the first time to journalists at the 2016 trade shows (E3, gamescom ...), for a release scheduled for June 2017.

From the start of the game, the tone is set: the atmosphere is dark, both in terms of music and graphics. Minimalist, the interface offers the option of continuing a game or creating a new save. It is always good to go to the settings beforehand to see the shortcuts and learn about the keys. As you can see, there is not a large number of stocks to remember. 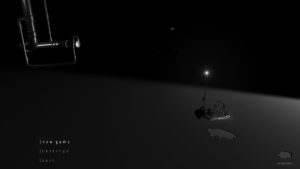 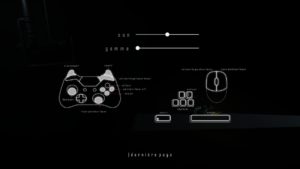 Barely in play, the first riddle presents itself to me. I play as a worker who manages to escape from his group and finds himself on his own in an ultra-supervised world where no freedom is allowed. So if I'm out of place, automated machine guns are ready to shoot me down. Which compromises my brilliant escape plan ... 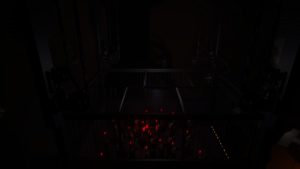 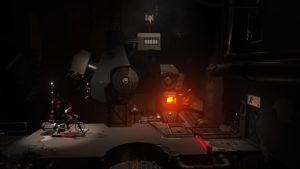 Of course, this happens to me immediately, as long as I figure out what I can do. After a few mistakes, I get on the bike and activate the mechanism of the small cart which thus blocks the door and allows me to exit before being shot. The scenes are presented with horizontal scrolling, the character forwards / backwards, sprints crouches and jumps. With the E key, I interact with the elements of the decor (pedaling, opening, grabbing ...). 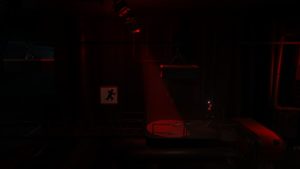 And you have to be quick to understand, because mistakes cannot be forgiven. As soon as a camera spots me, I only have a second or two to potentially hide before I die. Death is still not punitive, I reappear immediately next to better try (and die). 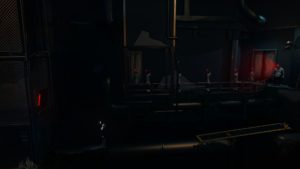 The solutions are varied. Sometimes you have to hide, other times you have to fix the scenery or just play with the cycle of surveillance of the cameras. One constant, however: observation. It is only by carefully studying the scene that a solution emerges. 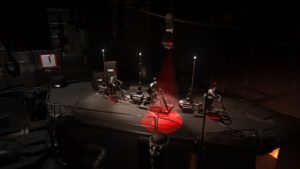 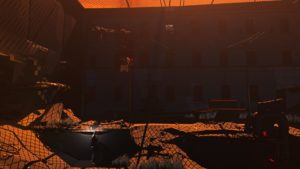 Two other elements complement the tools of our lost worker. The first is the "designator", a laser stolen from one of the enemies that allows other workers to be directed by pointing where they need to go. The second, quite unexpected, is a companion ... But you will find out for yourself if you decide to try to escape this world. 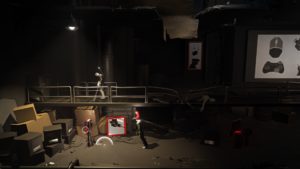 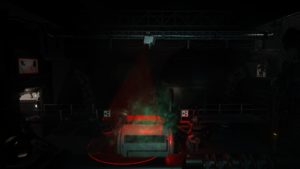 Oppressive, Black The Fall is a game where there is no room for lightness. The themes are serious, extreme communism, government oppression, abusive surveillance, dictatorship ... This dystopia is created by two developers from Romania who, through the game, seek to illustrate and denounce the mechanism of a corrupt system, mired in decades of communism, which their country had to endure. And that other countries still have to support at present. The graphics, minimalist, stick perfectly to the atmosphere, offering a puzzle with a certain aesthetic that reminds me (in good) of INSIDE.

add a comment of Black The Fall - A dystopian puzzle