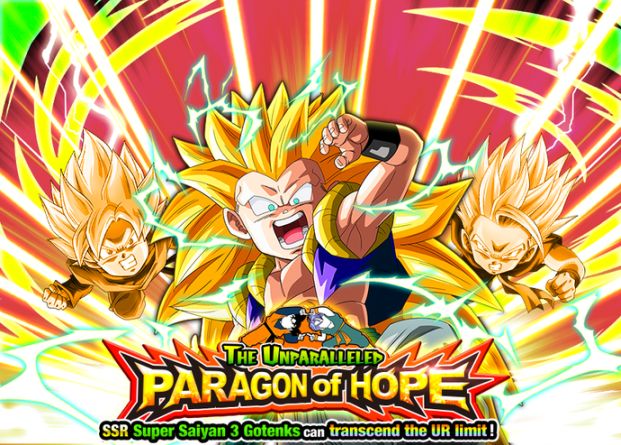 The Gotenks event happened on November 24, 2016 and with it you will be able to evolve many characters. However like most events involving God-Tier characters, it won't be easy and you will need to build a specific team to defeat it.

During this event, you will be able to increase the following characters: 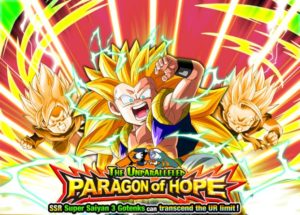 As always, the first level of Dokkan events does not represent a big difficulty but will allow you to earn 3 Dragon Stones all the same (in times of crisis, this is not negligible). 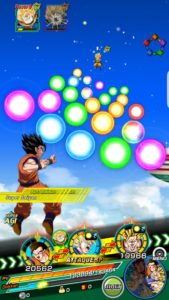 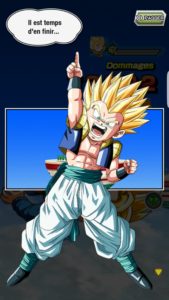 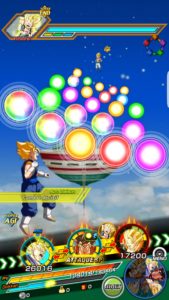 The entrance to Gotenks SSJ

The event costs 50 ACT first and will earn you 7 medals if you pass it. On the other hand, you will have to prepare yourself well so as not to be surprised or to be knocked out because the fight is quite long and your opponents hit hard enough on certain phases. The "nuke" teams do not work on this event.

The two protagonists have about 500K each and inflict between 10 and 12K HP with no defense bonus. They can both attack in the same turn. This phase is not very complicated in itself, but try to focus on a target to reduce the consumption of objects in phase 1.

This character has around 1,2M HP (3 life bars) and can attack multiple times per turn, inflicting up to 45K in a special attack. He can certainly block your character's special if he attacks preemptively (to be confirmed).

First of all, the character will change shapes every two turns (9 charges) and has a common life bar of around 2M HP. He can attack up to 3 times regardless of his form and at 25K on average on a neutral type. Characters will have a damage bonus against him like Super Buu (END, TEC, TEC) and native Piccolo SR (List). It will alternate the transformation phases randomly:

It will be necessary to take into account that its TEC form can inflict a lot of damage. Its special attack can easily inflict 100K HP to your team. Depending on your team, you will have to prioritize the KI on your characters inflicting a lot of damage or with specific abilities (stun, special attack blocker). 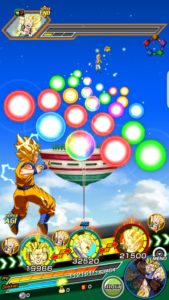 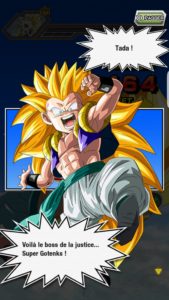 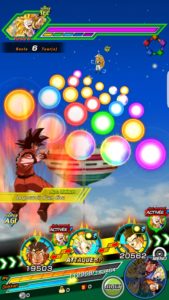 There are currently two possible teams with the arrival of the Mono-Leader recently (Broly & Super Vegeto). The easiest solution is that with their passive, you can easily take any super boss attack or even multiple turns without healing yourself. For example, my team around SV with Gogeta has around 140K HP.

Whatever the team, you can include Gogeta for phases 1 & 2 where he can do some cleaning quite easily (250K ca not be refused).

In case you don't have God-Tier characters, it's possible to team up around your friend. The easiest way is to have a Super Vegeto and increase your HP with your leader. A team like this can do the trick:

We move on to the lucky team where your goal will be to perpetually stun your opponent. Note that this technique is very time consuming since your characters are not specially designed to deal damage. If your stunner fails, you can exit the app and change his position to see if it passes: 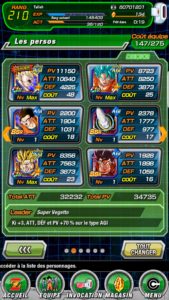 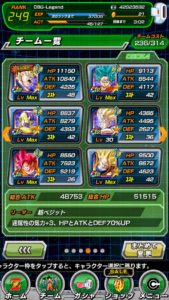 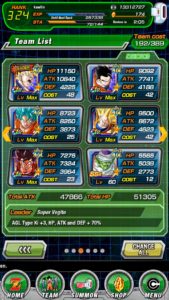 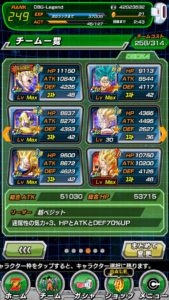 Good luck with the Gotenks event and please think carefully about Whis (close the app) if you make a mistake in positioning or picking up Ki.