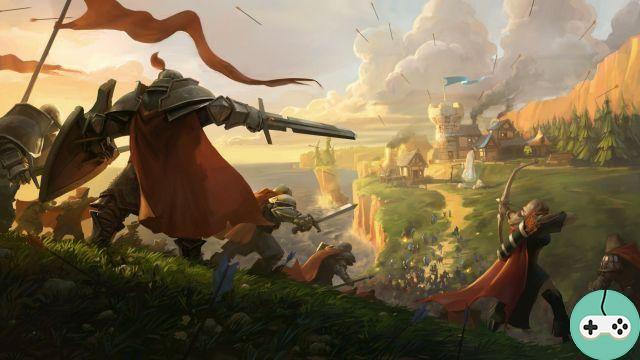 Not a week goes by right now without a new MMO being talked about. A recent interview published on MMORPG thus shed light on Albion Online. The project outlined in the article seemed interesting to me, a little summary of what they offer us! 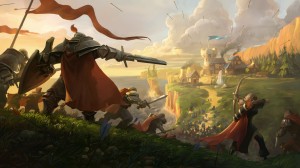 The game takes place in a medieval fantasy universe, so far, nothing very innovative ... but things very quickly become more interesting, especially when they say they want to offer it on PC, MAC, Linux, iOS and Android. And it goes even further because the game will only run on one server, regardless of the platform used. We will be able to find our character everywhere. This great portability is facilitated by the isometric perspective (as in Diablo or Ultima Online) and the use of the very popular Unity 3D.

The main goal of the game will be to own (and conserve) territories and resources, in an economy entirely led by the players where craftsmanship will hold a prominent place.

But Albion offers many other interesting features. Thus, the character is not limited by his class, his abilities are defined by the objects worn. It is of course possible to create hybrids, for example combining a wizard's staff with pieces of warrior armor. Since there are no levels to speak of, the power comes from the level of the equipment. 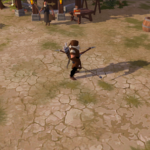 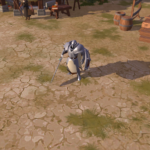 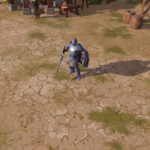 The equipment is dispatched in thirds, currently from 1 to 7. Of course, the higher in level, the more the resources are rare and expensive (each third is 3x rarer and 20% more powerful than the previous third). As the progression is linear, you must always be careful: a group of less equipped players can still be dangerous for a single player, even very well equipped! Resources are found in different ways, some requiring specific tools. Personal progression, based on achievements, allows you to gain efficiency on this side, like mining faster.

Once the resources are harvested, one must be able to craft the equipment and have access to an appropriate workshop of the right level, either by building it or by renting it to other players. When you create your equipment, you choose the passive and active characteristics of the object. The higher the level, the greater the effects. 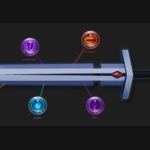 If we like peace, we can stay in neutral zones, as well as some cities and the territory of his guild, where we are safe. You can build and improve your buildings and look for resources to keep the economy afloat. On the other hand, as soon as you get out of this relative security, you are faced with potential attacks from other players and it is better to go in good company!

When a guild takes control of an area, a magic barrier prevents enemies from entering. If another guild wants to attack it, it can declare war on it. The attacked guild will have a period of time to prepare and assemble a group of defenders (currently 5), which period may vary, in particular depending on the time zone of the players attacked. Combat takes place in the attacked territory, giving the defenders home advantage. A mercenary system allows you to hire players from outside the guild as needed. Other larger-scale battles, in particular for the defense of castles, are being considered. And it is better not to lose your territory if you don't want to lose your buildings.


Do you want to be up to date and know all the tricks for your video games? In gamesmanagers.com we enjoy playing as much as you do and for that reason we offer you the best tricks, secrets or tips for you to play non-stop. We offer you quality content and always updated to keep you up to date. That's why, in our website, you will find not only videogame guides but also tricks, secrets and thousands of tips so you can play to the limit. Are you ready to get it? Enter now and enjoy your videogame!
Destiny: House of Wolves - Prologue Analysis ❯

Deep Blue - An upside down puzzle!

Add a comment from A new MMO: Albion Online