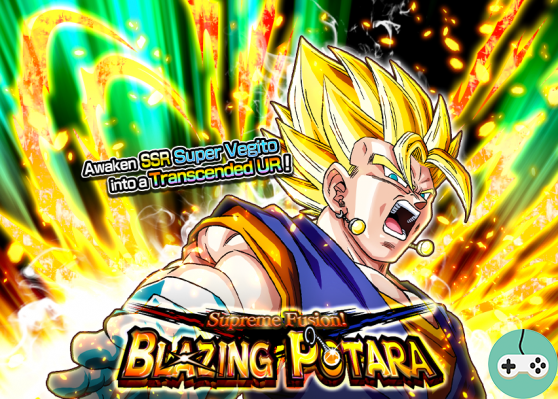 November 2016 was an important month for players of the global version of Dokkan Battle with the arrival of Super Vegeto. Besides being the leader for an agility type team, he has the passive ability to block 80% damage while counterattacking his attacker on a normal attack. It must be said that his event is in the image of the map: quite complicated if you are not prepared to fight it.

Regarding the medals recoverable in the second level (7 per success), they will allow you to improve the different Vegeto present on DB: 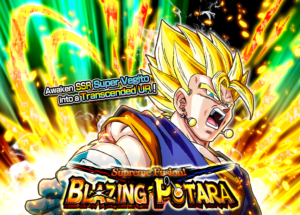 The first level will allow you to collect awakening medals as well as 3 dragon stones. The fights are not very complicated no matter the level of difficulty but still remember to take blockers of the right color to withstand the special attacks just in case because the Z-Hard level still hits hard. Your opponents will be:

2. The birth of a superhero

The confrontation is broken down into 3 distinct fights where each of your opponents is of a different color which requires you to use a rainbow team. However, only Super Vegeto has the barrier where your characters will do less damage if they don't have the link. The characters you will face are: 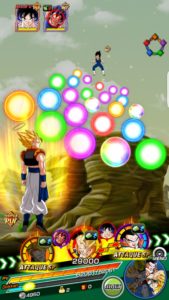 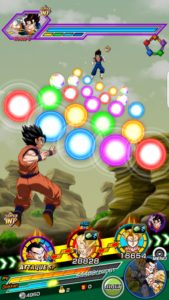 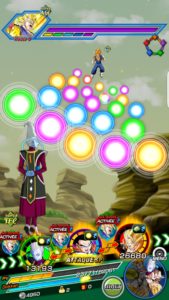 Regarding your team, you will need as many characters as possible with the "Relentless Combat" link as well as characters that can block Super Vegeto's attacks. The best is to have TEC type characters or even Golden Freezer / Jamemba for example. Regarding your leader / friend, you must take Gogeta TUR with the highest special attack level.

The minimum number of linked characters to reach the boss is 3 and you will have to be very careful with your placement to always keep your Gogeta and your linker together. The second Gogeta must stay flying so that you can take a ride with your 3 characters together (2 life bars). One more thing to take into account: keep an eye out for your Dokkan bar which, if activated on Gogeta with the link active, deals within 600K of damage.

For my part, not having a lot of TUR characters, I went with a team of two stunners to avoid taking too much damage. I must admit that it is quite efficient and the number of items you are going to use is much less than with a large team. However, it is always a bit of luck. 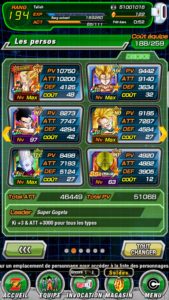 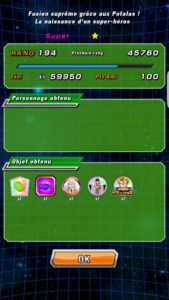 Good luck with the Super Vegeto event and be careful with Whis (close the app) if you make a mistake in positioning or picking up Ki.


Do you want to be up to date and know all the tricks for your video games? In gamesmanagers.com we enjoy playing as much as you do and for that reason we offer you the best tricks, secrets or tips for you to play non-stop. We offer you quality content and always updated to keep you up to date. That's why, in our website, you will find not only videogame guides but also tricks, secrets and thousands of tips so you can play to the limit. Are you ready to get it? Enter now and enjoy your videogame!
SWTOR - Halloween on the cartel ❯