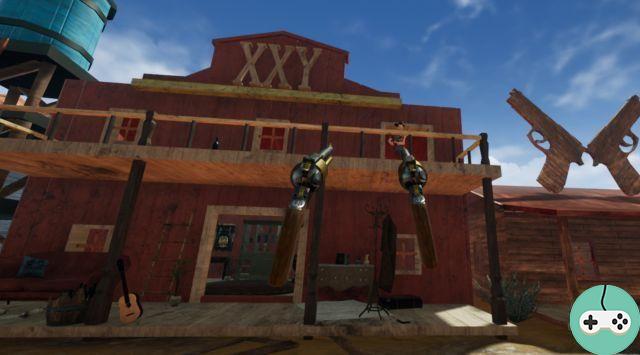 Grab your colt, put on your boots and most of all don't forget your cowboy hat before embarking on Guns 'n' Stories: Bulletproof VR. Yeehaw! Finally, the hat may not be the best solution for this game played exclusively in virtual reality, it may be difficult to put on the headset. Tested on HTC Vive, the title is also compatible with Oculus Rift and soon Viveport and PlayStation VR.

The story is rather simple: well wedged in his rocking chair with a glass of whiskey, Grandpa Bill tells his grandson about his glorious past as a gunslinger, when he was young and roamed the wild west under the bullets. Through his memories with the smell of gunpowder, Bill relives those bad boy days and his legendary clashes against the best shooters of his generation. Guns 'n' Stories .... stories and guns! All complemented by good schoolboy humor.

Several times during the games, the two protagonists intervene to refer to this situation. The fight freezes and, often in voiceover, they comment on what is happening. The little boy is surprised, for example, when a pistol starts firing automatically. The grandfather confirms that this is indeed not credible and presto, the weapon automatically changes into a mini-submachine gun! 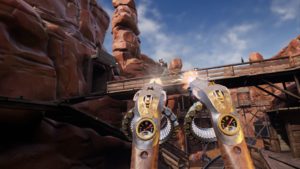 The interface to start a game is well done, presenting itself with a table and statuettes, each act being identified by the statuette of its boss. Just grab one of them to start the game. There are currently two acts available, the third is expected to arrive shortly, which will also mark the release of Early Access. In order to guarantee the widest possible accessibility, the games are available in five difficulties, starting with "Baby", which places a rattle and a bottle in the hand at the start! Depending on the initial difficulty chosen, the enemies are more or less numerous and the damage taken / cashable more or less important.

Once in play, each act is a succession of three levels, each with its specific environment and increasing difficulty, to be faced with increasingly deadly weapons, to reach the final boss. Classic shooter game, the idea is to shoot down targets that arrive at regular intervals, while avoiding getting bullets from enemies. The character is static and the level does not evolve around it: only the targets arrive at different places, in front, on several depths, and on the sides. 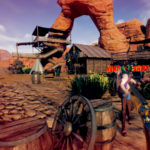 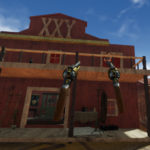 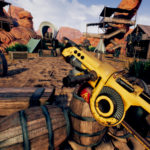 To avoid taking damage, several solutions: move physically, return the ball using your weapon, shoot the projectile or hide behind elements of the scenery. There is no life bar displayed, the screen becomes more and more red, then time slows down, the images go black and white, then it is the end. Taking no damage for a short time heals the damage. 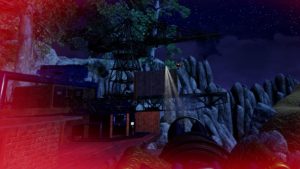 The weapons are very varied, ten across the two acts, either two weapons with one hand, or a weapon with two hands. Regardless of the model, there is no need to manage the magazines, the weapon has an infinite quantity of bullets (or others), allowing you to shoot anything without thinking about the economy. 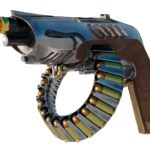 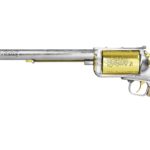 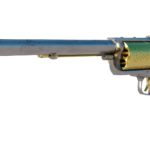 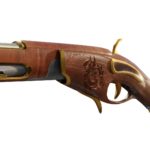 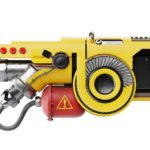 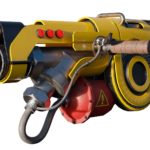 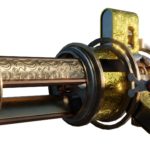 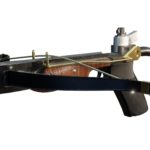 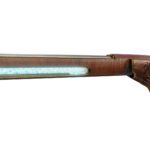 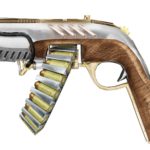 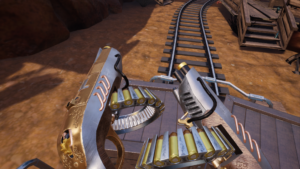 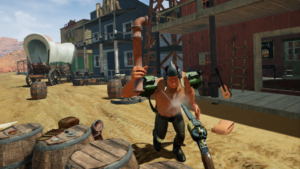 Information is displayed in the interface when nice actions are successful, such as chain multiple targets or perform a headshot. In addition, at the end of each level, a table summarizes the scores. 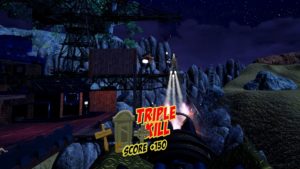 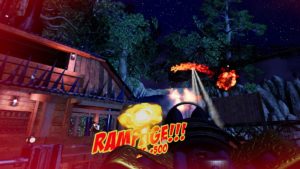 From the menus to the sets, including the characters, the whole is cohesive and well designed, openly turned towards parody, so don't wait for a faithful historical reconstruction of the time (they certainly didn't have drones during the gold Rush !). The atmospheres are varied, three environments per act, even if in the end the sets only serve to encompass a similar game mode: whether they are on the roof of a house overlooking a dusty street or on the scaffolding of an abandoned mine, the enemies are finally on the right and left.

Where the game is really fun, it is thanks to its physics which makes it possible to repel the balls and, by aiming well, to make explosive effects, disarming the enemies, sending them flying to the other end of the scene or even them. hair-raising with their hats!

The music is country, as it should be, and the guns crackling at will. However, I noticed a certain lack of sharpness on the tables, and in particular in the background, sometimes making the shot not very precise on distant targets despite several attempts at adjustments.

With pleasing graphics, robust gameplay backed up by efficient physics, and plenty of different weapons, Guns 'n' Stories: Bulletproof VR will take you on a good-natured shootout that smells of western and saloons. The game is quite short, count 1 hour for each act (three acts planned), which in itself is a more than acceptable lifespan for a VR game, especially if you take it during promotions as currently with Black Friday when it is only € 4,99 (€ 9,99 official price).