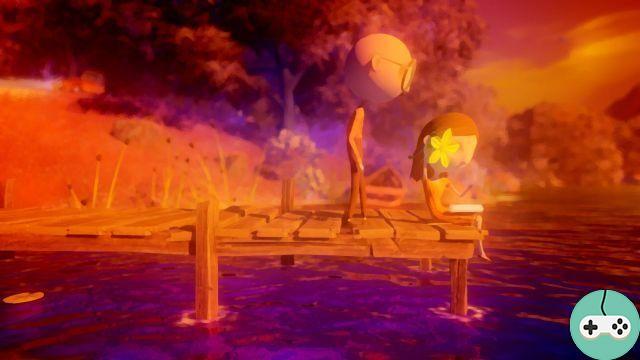 Last Day of June is a contemplative adventure game described by the studio as a cinematic experience. I will try to limit as much as possible the revelations in the article which follows, but there will be some anyway, in particular on the beginning of the game. If you prefer to keep the complete surprise, you can directly jump to the conclusion.

We start our adventure by discovering a happy couple on the edge of a lake, Carl and June. The young woman is drawing and we control Carl while the credits continue to unfold. He can move freely in the beautiful landscape drawn entirely in three dimensions. While exploring the surroundings a little, I find a flower that I pick up and bring back to June. She happily takes it and puts it behind her ear. 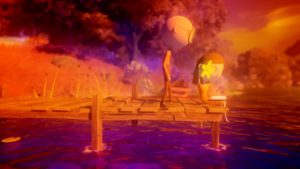 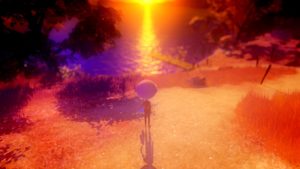 The music is soft, the lake is lapping, everything is done to put in the joyful atmosphere of this perfect end of the afternoon between two lovers. There are no understandable words, no spoken words, the characters expressing themselves in onomatopoeias and expressions in the voice, and this all the way.

June is cold, so Carl goes to get his waistcoat in the car. Then the game jumps to another era (a few hours before as we will find out shortly after), we are still in the company of Carl and June, but in their house. Carl is taking a nap when an old man brings June a gift package containing something she plans to give to Carl. Eager to offer him her surprise, she frolics around the house in search of the best possible place, when she comes across a framed photo of the lake, probably the place of their first meeting. So she decides to take Carl for a picnic when he wakes up. 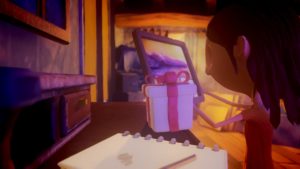 Except that various events in the village during their absence mean that a little boy is in the middle of the road ... We drive the car ... 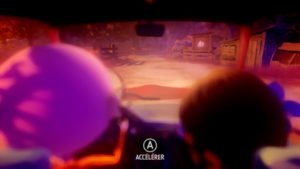 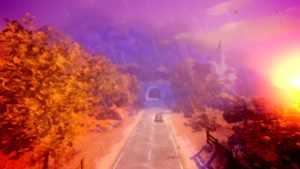 And that's the tragedy, the car goes into the background trying to avoid the boy with the ball. We wake up with Carl, in a wheelchair, alone. 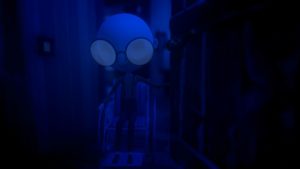 Thanks to June's paintings, Carl is able to manipulate the past to make a difference, hoping to save his beloved wife from her terrible fate. 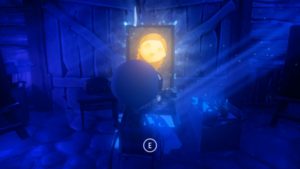 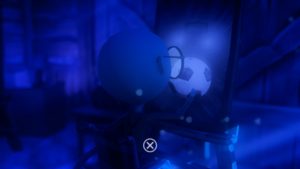 We interpret each time the character concerned by the situation and it begins with the little boy. We will have to find another solution so that he has fun without ending up in the middle of the road when Carl and June's car passes. 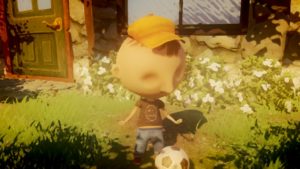 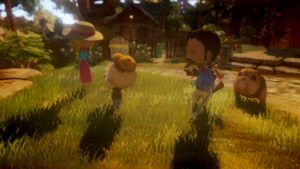 Except that there are not necessarily many people, who have time to play with him and keep him busy ... As and when finding alternatives to the initial story, things will turn out differently. and the conclusion involve other characters, creating other equally tragic situations. 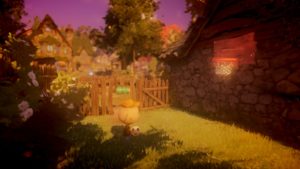 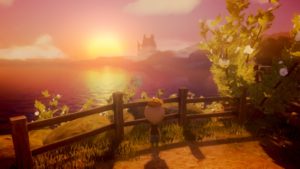 We play in all four characters: a little boy who wants to play, a young woman who moves from the village, a rich man and his dog who tries to recover a medal stolen by a bird and a grandfather. 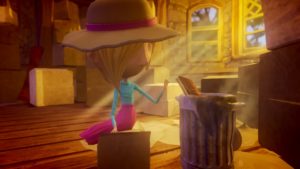 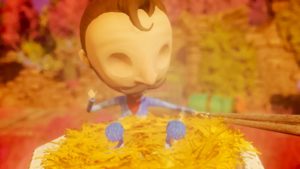 And each, in their own way, is linked to June's tragic end. 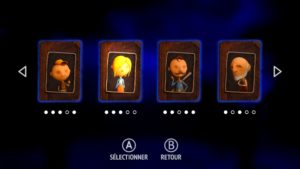 Souvenirs can be collected all over the village, unlocking postcards on the past of the characters who all have a rich and complicated history in this village. To get them all, it is necessary to repeatedly replay each of the characters, the memories being hidden behind portals that only one character is able to open. Unfortunately, I miss a few, having been surprised by the end which disrupts everything, making it impossible to recover memories. 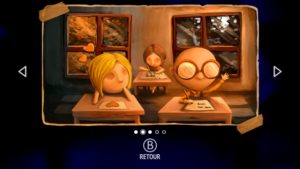 Last Day of June is a beautiful game telling a dark story and asking the ultimate question: what would you do to save the one you love? Carl will in any case try everything and try all possible solutions to change June's fate. The story is beautiful, but sad, so I do not recommend playing it if you are already in blues mode, it will not help. 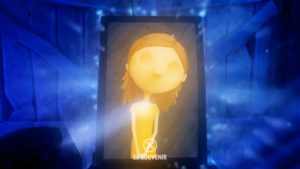 What bothered me the most is that we are often more spectators than players, especially in the first part. The second offers more opportunities, but even there there are sometimes a little long cutscenes that it is impossible to pass. It is all the more annoying when you see her again to test a memory, or just because you made a mistake. There are certainly shortcuts once in game to go directly to the end of a day, but nothing for these cutscenes, breaking the pace. And even so the game is pretty short, it took me about five hours to wrap everything up and reach the conclusion. A game that also offers few replayability options once the story is known.

But these are only details which do little to mar the pleasure of this wonderful discovery. A story that I will remember for a long time, between life and death. The game is available on Steam et PlayStation 4 at € 19,99.

add a comment of Last Day of June - An overwhelming experience